Renegotiating with the Big Screen: Cinema in the Post-COVID Era

When people go to the cinema, they crave an immersive experience that cannot be replicated at home. Included in this package is the theater’s booming surround sound system; the excitement of purchasing tickets, popcorn, and fizzy drinks; the anticipation as trailers and ads play; and the adrenaline rush when lights dim and new adventures begin. … 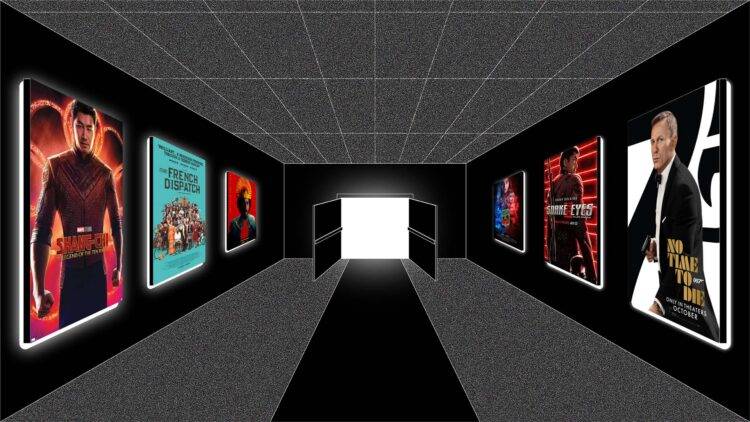 When people go to the cinema, they crave an immersive experience that cannot be replicated at home. Included in this package is the theater’s booming surround sound system; the excitement of purchasing tickets, popcorn, and fizzy drinks; the anticipation as trailers and ads play; and the adrenaline rush when lights dim and new adventures begin. This experience — once integral for dates, family bonding, and other social gatherings — was halted by the pandemic, a word that we couldn’t be more familiar with.

COVID-19 reshaped everything, especially cinema, which distributes some of the biggest money-making entertainment in the world. The global theatrical revenue in the U.S. shrank from $42.4 billion in 2019 to $12 billion in 2020, reflecting stay-at-home orders brought on by waves of infection. As the cinema industry enters its post-COVID era, many of us are returning to theaters to watch much-anticipated blockbusters. So, how are we doing this year?

One statistic provided by CNBC indicates that ticket sales in 2021 have already surpassed that of the 2020 box office. Many films postponed by the pandemic debuted this year, saturating the market with notable names including “Shang-Chi and the Legend of the Ten Rings,” which dominated domestic box offices and brought in $224.5 million in the U.S. and Canada (as of November 30, 2021). As one of the first Disney films this year with a cinema-only release, “Shang-Chi” pushed people off their couches and towards the theater. Here, Marvel Studios proved their ability to draw audiences to theaters even with the ongoing streaming service war.

Cinema’s biggest global hits include the grand finale of the legendary 007 series “No Time to Die” and the ninth film from the “Fast and Furious” franchise. Both surpassed $700 million globally. Despite the success of these films, 2021 sales still trail those of 2019 by 70%.

These huge blockbusters are almost a guaranteed hit for box offices that may seek safe investments after major economic losses from COVID. Reviews and film critics aside, all these movies have dedicated fan bases, amazing visuals, and colossal budgets to attract cinemagoers. Likewise, viewers may feel more inclined to buy tickets because they know what to expect when walking into major films like these.

Even so, there are outliers to the blockbuster formula — films with high expectations that failed to live up to their hype. One tragic example is “Snake Eyes,” which was supposed to be another guaranteed success for Paramount. This $100 million budget film only earned an embarrassing $40 million along with a myriad of horrible reviews. But why did it fail? It’s possible that viewers wanted to take their cash to franchises that they believed in instead of taking a leap of faith into the unknown. Movies like “Snake Eyes” must compete with the powerhouses that are DC and Marvel, but it is nearly impossible for them to succeed. This is because the market is highly saturated with the superhero star system of modern-day Hollywood.

As big-budget blockbusters navigate this new chapter of cinema, have smaller projects — independent movies and artisan films — been sidelined? 2021 has shown us that this is not the case.

Indie films like “The Green Knight,” “The French Dispatch,” and “Last Night in Soho” were still able to create a splash in the market. The production company A24 is often regarded as the leader of independent filmmaking. They created “The Green Knight,” which cost $15 million to make but managed to bring in  $18.9 million at the box office. Although this number is low in comparison to the big names mentioned previously, its ability to turn a profit shows its success.

With these kinds of films, it is can be hard to predict which will be a hit and which will fail. This is the exciting part of independent filmmaking; you never know how audiences will react or how films could go on to shape the industry. For example, Chloé Zhao’s “Nomadland” created a huge buzz, won her an Academy Award, and led her to direct Marvel’s “Eternals.” Momentous for an industry that is historically white and male-dominated, Zhao’s influence has exposed indie films to a broader audience, especially those made by women of color.

Though big franchises and famous sequels will almost always perform better, the market for smaller independent films hasn’t shrunk. In the end, cinemagoers have the largest voice in determining a film’s success during its theatrical run.

As we live in uncertainty, people may be inclined to make safer choices for themselves, but this has led many of us to “Marvel Fatigue.” Though we can continue to enjoy blockbuster films made by our favorite actors or directors, we should take care to expose ourselves to those with smaller advertising budgets as well. There are an amazing amount of independent films that deserve the full cinema treatment, like “King Richard” or the “Green Knight.”

The next time you’re feeling inundated by yet another superhero movie at the movie theater, think about giving the indie film a shot. You may be pleasantly surprised.

Entertainment Renegotiating with the Big Screen: Cinema in the Post-COVID Era
« Previous Story