Visually impressive but ideologically limited, “Cryptozoo” pushes the envelope on indie animation, but fails to go as far with its message and narrative. 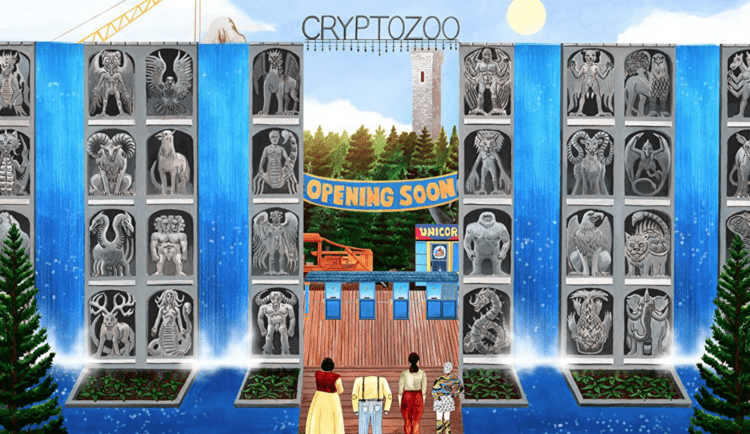 From the Greek “krypto,” meaning “hidden.”

An animal whose existence is disputed or unsubstantiated.

Dash Shaw’s new animated movie “Cryptozoo” is the tale of Lauren Grey, a self-proclaimed “cryptid savior,” and her journey to rescue a Japanese dream eating cryptid, the Baku, from mistreatment at the hands of the United States military. Lauren grew up an army brat and first met the Baku during her childhood at the US military base in Okinawa after World War II ended. The Baku saved Lauren from her childhood nightmares when it ate Lauren’s dreams of people suffering from the war. Since then, Lauren has had a great appreciation for cryptids, and devotes her life to saving them from the black markets where cryptids are captured and traded.

If the title of the movie and the story of the Baku got you excited to learn more about cryptid lore and mythology, this might not be the right kind of movie to watch. “Cryptozoo” is mainly focused on how society would treat somewhat scary and unconventional creatures. The title itself refers to the exploitative theme-park-slash-zoo that acts as a sanctuary for otherwise mistreated cryptids,  founded by Lauren’s boss, Joan, as a solution to live with cryptids in society.

The movie lays out four different ways for humans to live with cryptids. The first is to use them — the government, for example, tries to exploit cryptids for military benefit. The Baku is especially important for the government’s control of the public, because it will eat people’s dreams to overthrow the government and start a new society (think of the 60s and social movements). The next one is creating a zoo, an idea made by people who love cryptids. The Cryptozoo provides a safe space for cryptids, at the expense of turning them into entertainment workers. The third option is to include them in human society — a solution only possible if humans have no prejudice and are willing to live together. This is the gorgon — a half cryptid, half human — Phoebe’s wish. However, this  might only work for cryptids that are half-human and can communicate with other humans verbally. The last option for cryptids who don’t have human parts is for them to separate from humans and live on their own in nature.

Dash Shaw, the writer and director of “Cryptozoo,” seems to disagree with the first two options, as both the military and the Cryptozoo collapse at the end of the movie. Lauren and Phoebe find the Baku before the military, but are quickly caught up and run away to the Cryptozoo to get more support from other cryptids. There, cryptids fight with the soldiers, resulting in countless deaths and the collapse of the zoo. The only option for cryptids is to flee and find a place for themselves, whether this means living on their own in nature, or integrating into human society. Phoebe ends up marrying a human fiancé. While this certainly seems like the best ending possible, the end of the movie is still not satisfying.

“Cryptozoo” is like a fairy tale — more so because of its visual style. Almost everything on the screen is hand-drawn and painted. This whimsical style and the subject of the movie begs the question — why couldn’t the movie dream bigger about what the society living with cryptids could look like? The movie hints at the possibility of a symbiotic relationship between cryptids and humans. When Lauren rescued cryptids, they recognized her good intentions and followed her. Lauren also needed cryptids when she couldn’t defeat the military by herself. And heck, people in the movie even have sex with cryptids. Yet, cryptids remain as these creatures that either need humans’ help to survive or have to be separated from society.

The idea of “freeing” cryptids now feels like a cliché. It isn’t that realistic anymore. The movie already showed that there’s a black market established all over the world. When the cryptids go back to nature, they can be captured and go back to the black market all over again. What’s worse, this experience lets Lauren down — after the main events of the film, she retires from a life with cryptids and becomes a pet veterinarian — and thus, the cryptids lose a human advocate who had been saving them. Also, the U.S. military is not going to be annihilated just because one team got destroyed. They could easily continue to hunt cryptids down. Only Phoebe seems like she got a happy ending because she married a human man — and even then, it does not change a thing about how she has to hide her true self, being a gorgon. She will continue to hide away in a society that has a huge fear of cryptids.

We live in a world where humans interfere with natural habitats globally. When Lauren saves cryptids, her enemy, Nick, accuses her of being a hypocrite, as they both want to “capture” cryptids. That is only true on the surface. Lauren respects cryptids and tries her best to live with them, even if she may not have a perfect solution. The real world needs more Laurens. We need to learn how to live with the creatures on our planet, metaphorically and literally. The earth is getting hotter every year and it’s reported that animals are losing places to live, and are beginning to encroach on human habitats as a result. How will our society react to that? Can you imagine something more than killing them, locking them up, or putting them in a zoo? 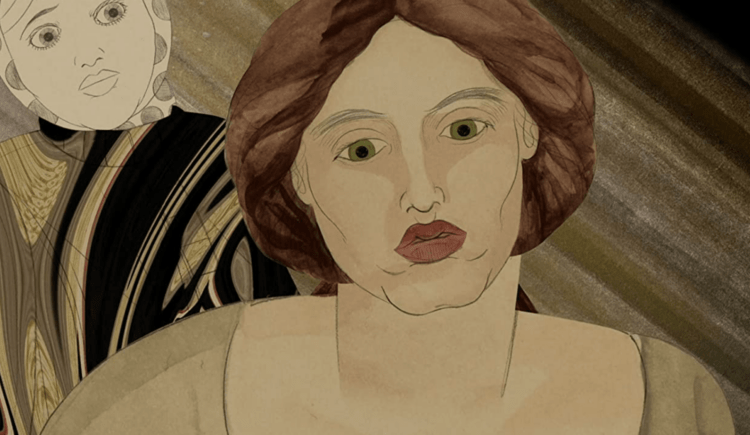 Maybe it is too much to ask a movie to answer these questions. After all, “Cryptozoo” took place in what looked like the 60s. Maybe the director wanted to play with the idea of having cryptids in a societal setting that was actively calling for change. However, I can’t stop thinking about how much more it could have been. I believe that independent films like this would, and should, bring fresh life to similar themes and endings that Hollywood has run to death one too many times. At the beginning of the movie, a character makes a comment that “utopias never work out.” But why can’t we imagine a world in which they did? It may not be possible under the strict rules that bigger studios like Disney hold, but outside that fence, films like this can branch out and bring wild ideas to life.

“Cryptozoo” was enjoyable to watch for its beautifully painted animation. However, there were moments when the animation was noticeably stuttering, reminding me of underfunded 80s anime. Messy pencil lines worked in some scenes as it added artistic aesthetic, but served as a distraction from sympathising with characters during emotional scenes. Yet overall, the art of “Cryptozoo” is still impressive, especially considering there were only a handful of people credited for animation, and a lot of imperfections were smoothed out by the movie’s use of color and music. Audiences will easily be entranced by the film. However, I just wish that the ideas that the movie presented were as colourful and imaginative.