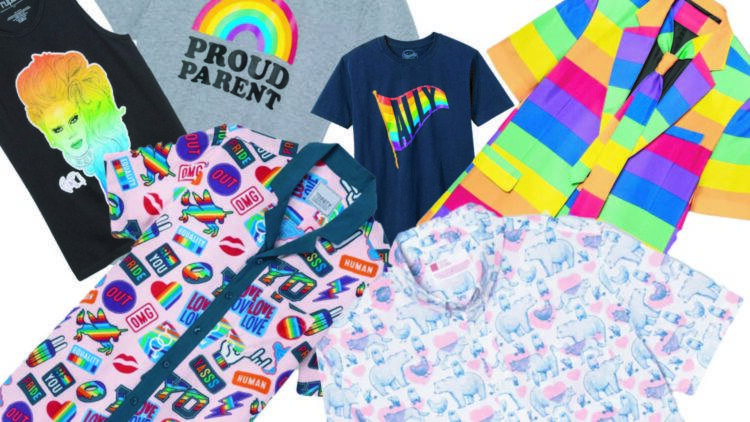 June has rolled around once more, and you know what that means — it’s Pride Month!

Unfortunately, it’s also that time of year when major corporations performatively plaster the rainbow flag over everything so they can pretend that they don’t ignore LGBTQ+ people for the other eleven months of the year.

One of the most widespread examples of this is undoubtedly Target’s Pride-themed clothing collection, whose blinding rainbow hues appear on the racks every June like clockwork (and then disappears without a trace on July 1, also like clockwork). What designs does Target offer this year? Six years after Obergefell v Hodges, is rainbow capitalism finally learning the actual ins-and-outs of good fashion design? Let’s find out. 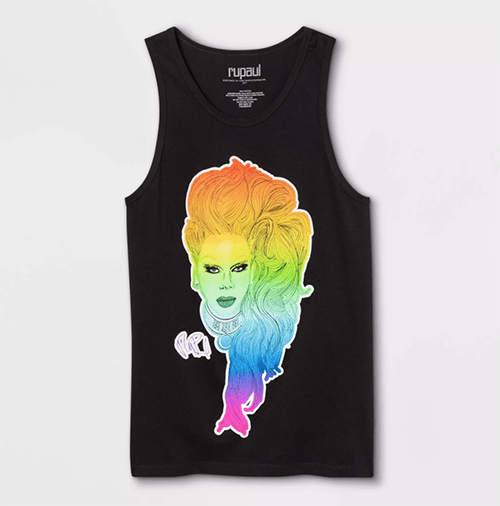 Love Drag Race? Love fracking? Don’t worry, Target’s got the tank top that will allow you to express both those interests at the same time. 4/10 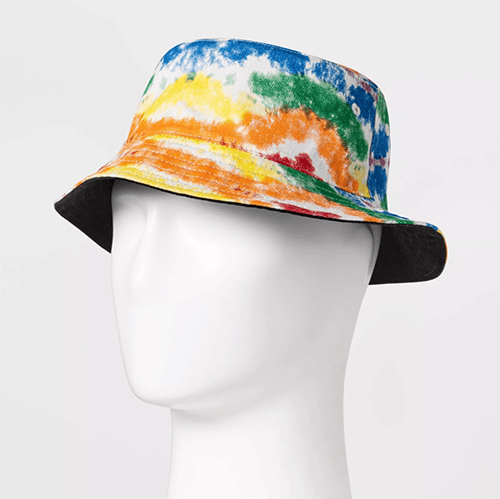 Oh, god, the corporations are learning. They’ve somehow managed to find a way to cut even more corners and use rainbow tie-dye to vaguely gesture towards the Pride flag, even though the arrangement of those colors do not remotely resemble the Pride flag, and could be mistaken for one of those overpriced skater-boy bucket hats you’d see on sale for $80 at Zumiez. But hey, e-boys and hypebeasts, I guess this is your chance to get something in your style for much, much cheaper than you’re used to. 5.5/10 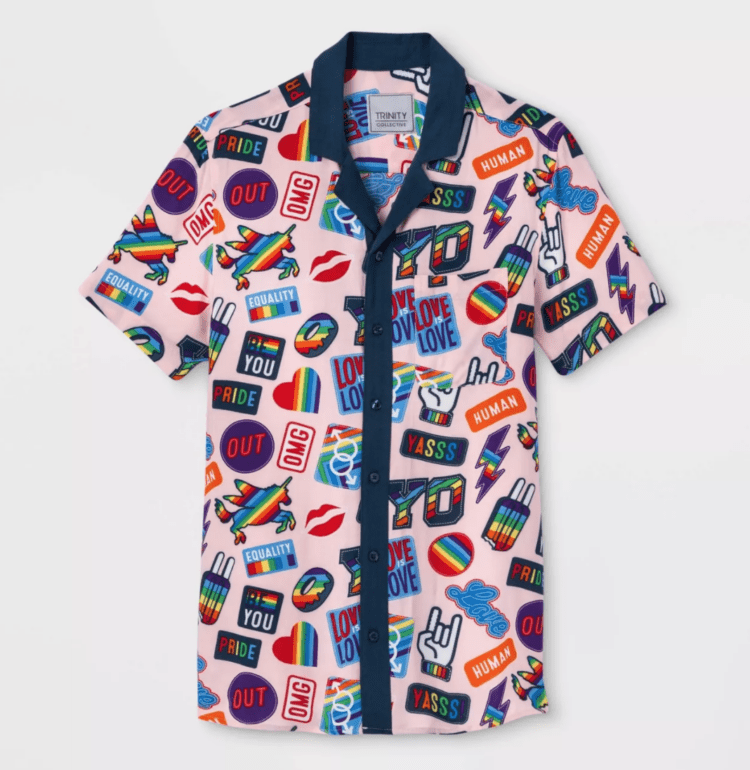 I have learned two things from this shirt. Firstly, saying “yo” and “OMG” is apparently a queer thing, and not just something that almost everyone does on a daily basis. Secondly, saying “YASSS” is also apparently a queer thing, and not an AAVE phrase around which fierce debate continues to rage, due to mostly cis white gay men appropriating it from the Black community.

Well, okay, no. I’ve learned one thing from this shirt, and it’s that rainbow capitalism really doesn’t have anyone doing any R&D before designing their yearly clothing lines. 1/10 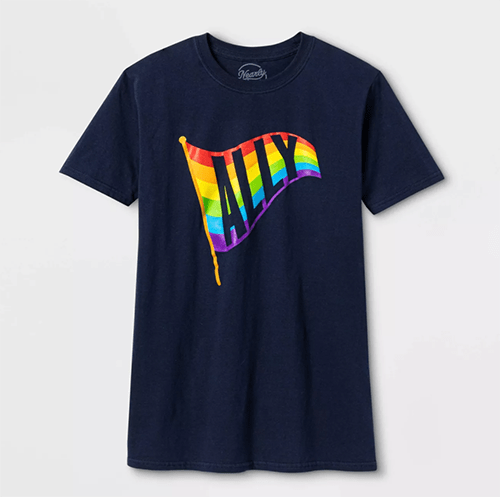 Nowhere in LGBTQIA+ does the A stand for Ally, but go off I guess. 2/10 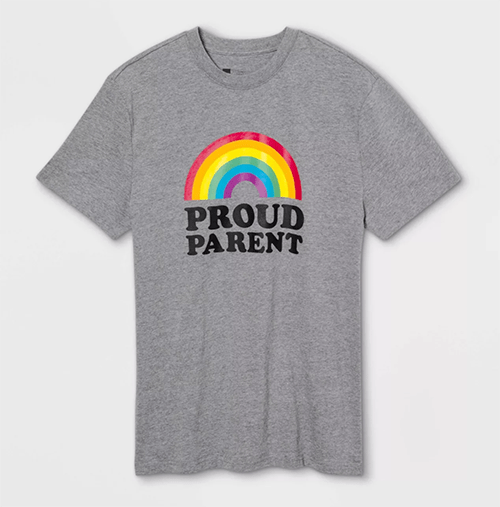 This is, by far, the most uselessly vague piece of rainbow-capitalism clothing I’ve ever seen. That rainbow is so pathetically childish that it looks like the wearer is announcing that they’re the parent of a cheerfully babbling incontinent toddler, rather than a (possibly fully-grown) queer person. And… “Proud Parent”? That doesn’t say anything! My parents said they were proud parents when I got into SAIC. They also misgender me daily. Too close to home/10 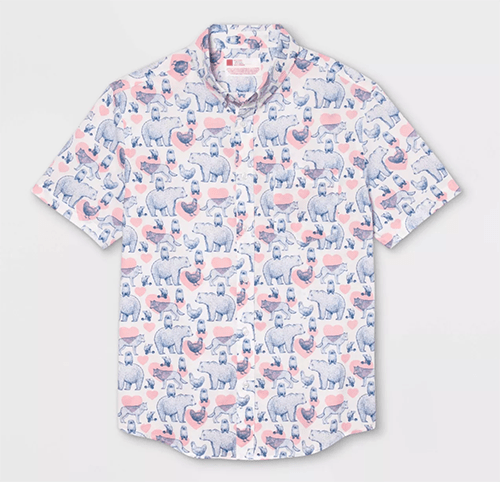 This is the only piece of Pride merch I’ve seen all month that I… honestly quite like. I’m pretty sure this was the only item of clothing in Target’s entire Gender Inclusive Pride line that was designed by an actual queer person. Those blue and pink hues actually complement each other. And those illustrations? They’re not only cute, but also represent something originating from, and pertinent to, a certain niche of the LGBTQ+ community (namely, colloquial terms used to describe different types of gay men).

On the one hand, the design of this shirt is so stealthily Pride-related that I’m unsure if it should even be considered part of a Pride clothing line — if you wore this shirt in a room full of cishet people I’m sure most, if not all of them, would not think of bears and chickens as remotely related to gay culture. On the other hand, this is the kind of shirt you can wear all year round, whose design isn’t lazy and/or overly ostentatious. Perhaps rainbow capitalism isn’t always bad. Maybe, just maybe, it’s only bad most of the time. 8/10 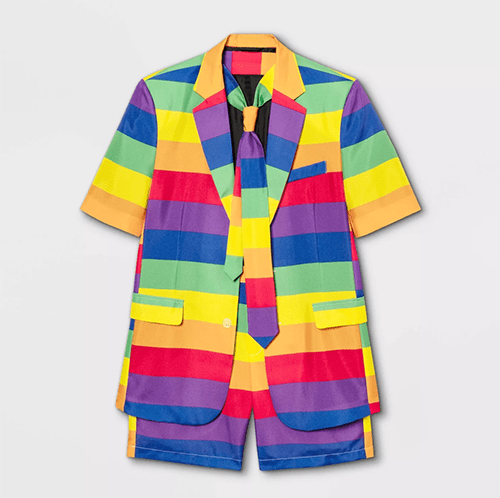 I take that back. What in the 100%-polyester, scratchy, non-absorbent, kind-of-smelly, searingly-bright, extremely-lazy-rainbow-design hell is this?! I have not known peace since I set eyes on this suit. In fact, I am unsure that any self-respecting person, regardless of their sexual orientation, would be caught dead in this suit. The act of putting on this suit could probably double as an act of self-flagellation. If those extremely masochistic Christians from olden times who wore sackcloth vests to torture themselves existed now, they could probably just wear this suit instead.

In all seriousness, this is exactly the kind of Pride-themed clothing that reflects just how poorly and shallowly major corporations view the LGBTQ+ community. These so-called Pride clothing lines mostly consist of poorly-thought-out, cheaply-made, slap-a-rainbow-on-it-and-call-it-Pride clothes that you could only conceivably wear a few times because they’re so ostentatiously impractical, or they fall apart after a few washes. This is proof that rainbow capitalism will never, ever be good enough; will never even adopt the veneer of being nearly good enough. I’m tired. I’m done.

Art or Entertainment? The Immersive Van Gogh Show in...