“That’s Something We Went Into Debt For, Most of Us for Life:” Grad Students on Admin Decisions

Petitioners and others evaluate SAIC’s grad department provisions for Coronavirus. 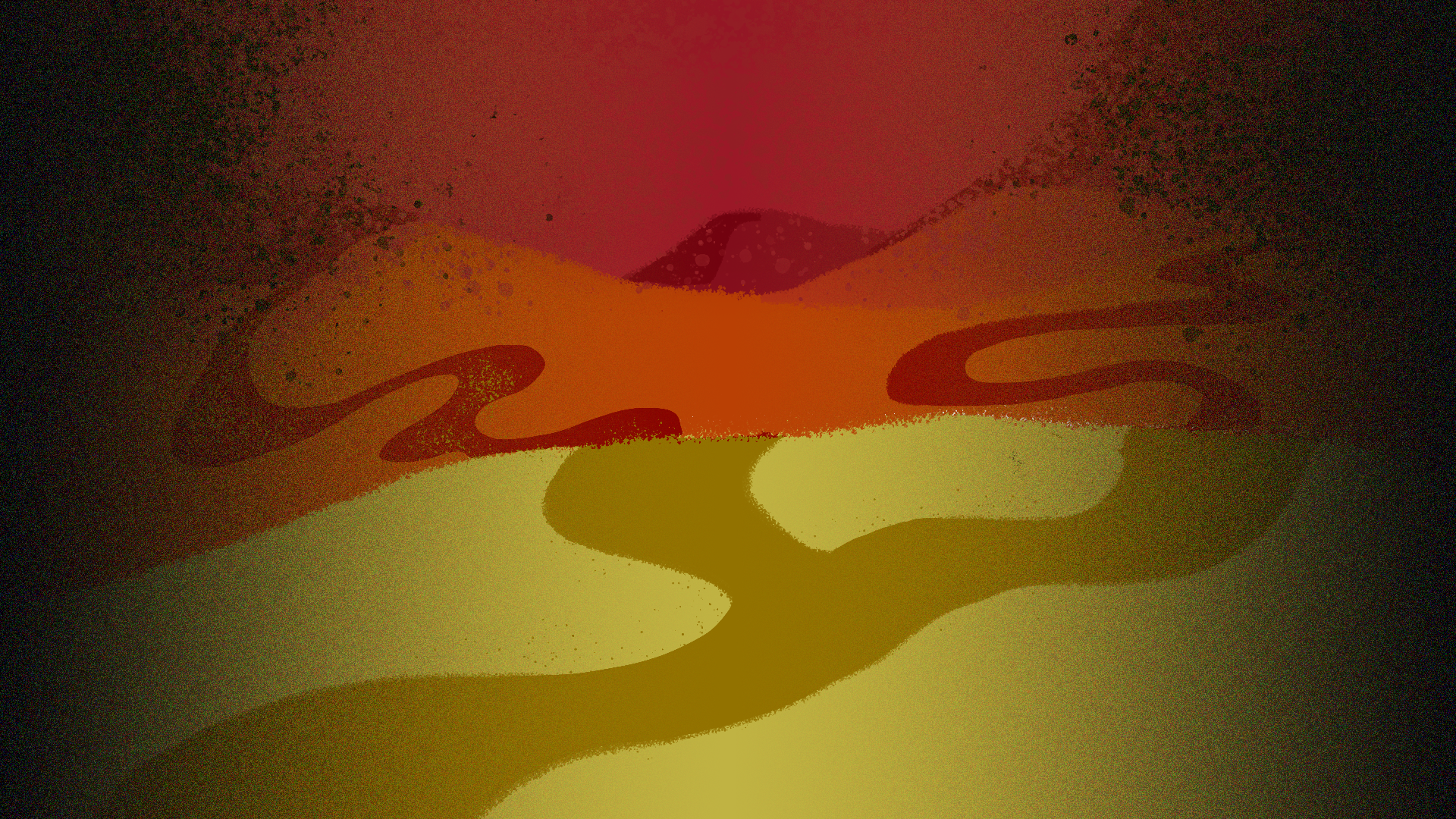 An April 9 email from President Elissa Tenny responded to student requests and petitions, among other points announcing the founding of a new student relief fund, a debt-free loan program, and stating there would be no tuition refunds. The email also confirmed that all end-of-year exhibitions, including the MFA exhibition, would be virtual, and that students graduating in 2020 would have access to campus facilities for eight weeks in the coming fall semester.

But many graduate students, a majority of whom signed a letter and petition detailing specific concerns, are still apprehensive of the school’s responses.

Cheung is one of seven graduate students who co-authored a letter requesting expanded accommodations from the SAIC administration in the wake of COVID-19-related changes to the semester. More than 350 graduate students, out of a total of 699 students, signed the accompanying petition, which was delivered to school administration at the end of March. The three-page letter focused on several requests: granting expanded student access to facilities once it becomes safe to do so, expanding health insurance coverage, increasing financial aid, ensuring support for international students applying for Optional Practical Training (OPT) employment authorizations on their visas, and committing to holding the MFA show in a brick-and-mortar space.

Tenny’s email responded to all of these issues in the letter, but Cheung said they were still concerned about OPT, the vaguely stated possibility of a later physical thesis exhibition, and the reliance on the additional 8 weeks of facilities access to provide equity.

At SAIC, the negotiations between students and administration came on the tail of similar initiatives at art schools around the country. Shortly prior, art students at the Rhode Island School of Design (RISD), New York University (NYU) Tisch School of the Arts, Yale School of Art, and others petitioned for tuition reimbursement or other compensation following the closure of campus facilities, the transition to online classes, and the cancellation of programming from visiting artists to studio visits. But school administrations rejected these calls outright, some with apparent derision. Tisch Dean Allyson Green drew criticism for responding to student demands with a dance video.

Graduate students at SAIC initially drafted a letter which included a demand for partial tuition refund similar to students at other schools, but after seeing how the administrations rejected motions for reimbursement, began to think about other approaches.

“We wanted to creatively find ways to get our money’s worth,” said Cheung. “It’s a way to minimize the educational damage that the pandemic has caused so far.”

For MFA students and undergraduate students at SAIC, if unsupported by scholarships or financial aid,  the full cost of tuition is more than $50,000 a year. (Some graduate programs, like the MA programs, cost slightly less, at about $30,000 a year). This is comparable to the cost of some other art schools, like Rhode Island School of Design, where students demanded a refund of $12,950, equivalent to the estimated half-semester of classes they were losing.

A separate petition by undergraduate students at SAIC requesting partial tuition refund has, as of this writing, more than 3,600 signatures. But the April 9 email clarified that SAIC would not be able to honor this request.

“To pay for tuition refunds, we would be forced to lay off a significant number of faculty and staff. There is no other way we could fund such a sizable expense,” Tenny wrote.

Graduate students chose a different tactic to seek equity for what they have lost.

Discussions began at the departmental level, among friends and cohorts, as students reacted to the news that events were cancelled, classes would be moving online, and campus buildings would close. The seven students (Andy Hunt, Conrad Cheung, CJ Mattia, Luan Joy Sherman, Jacobo Leonardo Zambrano Rangel, Jen Traina-Dorge, and Veronica Salinas) began working on the letter on March 16, at the beginning of the school’s extended spring break, and, after gathering signatures, delivered it to President Elissa Tenny and other high-level administrators on March 26.

The letter also recognized the challenges of the situation and commended the administration on ensuring continued pay student workers through the end of the semester, regardless of whether they are able to fulfill their work duties or not.

“My income is entirely dependent on working three jobs,” said Cheung. “I was almost ready to cry when Dwayne [Moser] assured us we would be paid, ” they said, of the announcement that TAs would continue to work regular hours.

But if the letter was a motion towards creative problem solving, for some students, it was precisely this creativity that was lacking in the school’s formal response.

“It seems to be saying, ‘You can have eight weeks if we’re open in the fall,’ which isn’t a solution, because they can’t promise it,” said Jesse Tucker (MFA 2020, Film, Video, New Media, and Animation), who suggested staggering the times that students have extended access. “I would have preferred if it were 8 weeks next year, rather than being contingent on [the school’s] ability to open in the fall,” she said.

“I think their response addresses our concerns to the extent that the long-term sustainability of the institution allows,” she told F News.

The email also states that access to individual studios would not be provided for graduating students in the fall, and provides no information about possible remuneration for graduate students finishing their first year.

“We’re already going to have the access next year,” said Logan A. Chappe (MFA 2021 FVNMA). “What’s going to be different for us, other than more people trying to get the same resources?”

Given the nine weeks without access to graduate studios, as well as the shortened spring 2020 semester — the extended spring break made the term two weeks shorter — Chappe felt that “some form of further compensation will be necessary, although it’s too early to say how.”

Some other students pointed out that there were more graduate studios available in the 2019-20 year than 2018-19, and that without knowing what enrollment would look like for the coming year, studio allocation for graduating students should remain an option on the table.

Tucker, who described the letter as “disappointing,” suggested staggering the extended use of facilities for graduating students across the 2020-21 academic year. She also suggested being offered the ability to take one or two classes free of charge, or to permit students to have additional graduate advising credits, in which students have one-on-one meetings with faculty advisors about their work. These changes would “let us be a part of the community, rather than setting us adrift,” she said, adding that she felt like she was “being amputated.”

The April 9 email confirmed that the MFA exhibition, along with all other end-of-year exhibitions, would be moved online, although “The group strongly desires to identify future, in-person exhibitions, screenings, and performance events this fall for graduating MFA and graduate design students who wish to participate, and hopes to be able to do so,” the email said.

For many second-year graduate students, the MFA show’s translation to an online format will not only change the work they had been planning on showing, but also significantly detract from the exhibition’s use as an inroad to the larger art world, a way to gain the attention of galleries and curators. “Usually the MFA show is a way to gain exposure, to get shows and to network, and if that is online, that changes a lot for expectation for graduation,” said Traina-Dorge.

Many students expressed concern about how art school could shift to an online platform more generally. “I can understand this working remotely model coming from corporations, but I don’t think that translates to an art school, because the means of our production are a lot more complex and nuanced,” said Traina-Dorge.

For Tucker, the email seems to communicate a casting-off of graduating students, an attempt to preserve the school’s resources for future students at the neglect of those just finishing study.

“For us, it’s not fair to refer to those resources as ‘theirs,’” she said. “That was our tuition that paid for them. That was our resources, that’s something that we went into debt for, most of us for life,” she added.

But, like reactions to the coronavirus more generally, in the context of the larger crisis, there have been moments of mutual aid.

“It’s falling on students and faculty to support each other, which I’ve found really inspiring — students staying on talking about [giving studio access to graduating students], faculty saying we’re going to try to make resources and facilities available to you even if the school doesn’t,” said Tucker. “But I would expect more from the administration, rather than leaving it to students and faculty, who are already the most vulnerable,” she added.

“Now that the letter’s opened the door, we think this is the time for students at large to engage the administration on a departmental or individual basis regarding particular issues,” Cheung wrote by email.

Featured, SAIC “That’s Something We Went Into Debt For, Most of Us for Life:” Grad Students on...
« Previous Story