The difficulties of condensing 400 years of racial injustice into a two-hour panel. 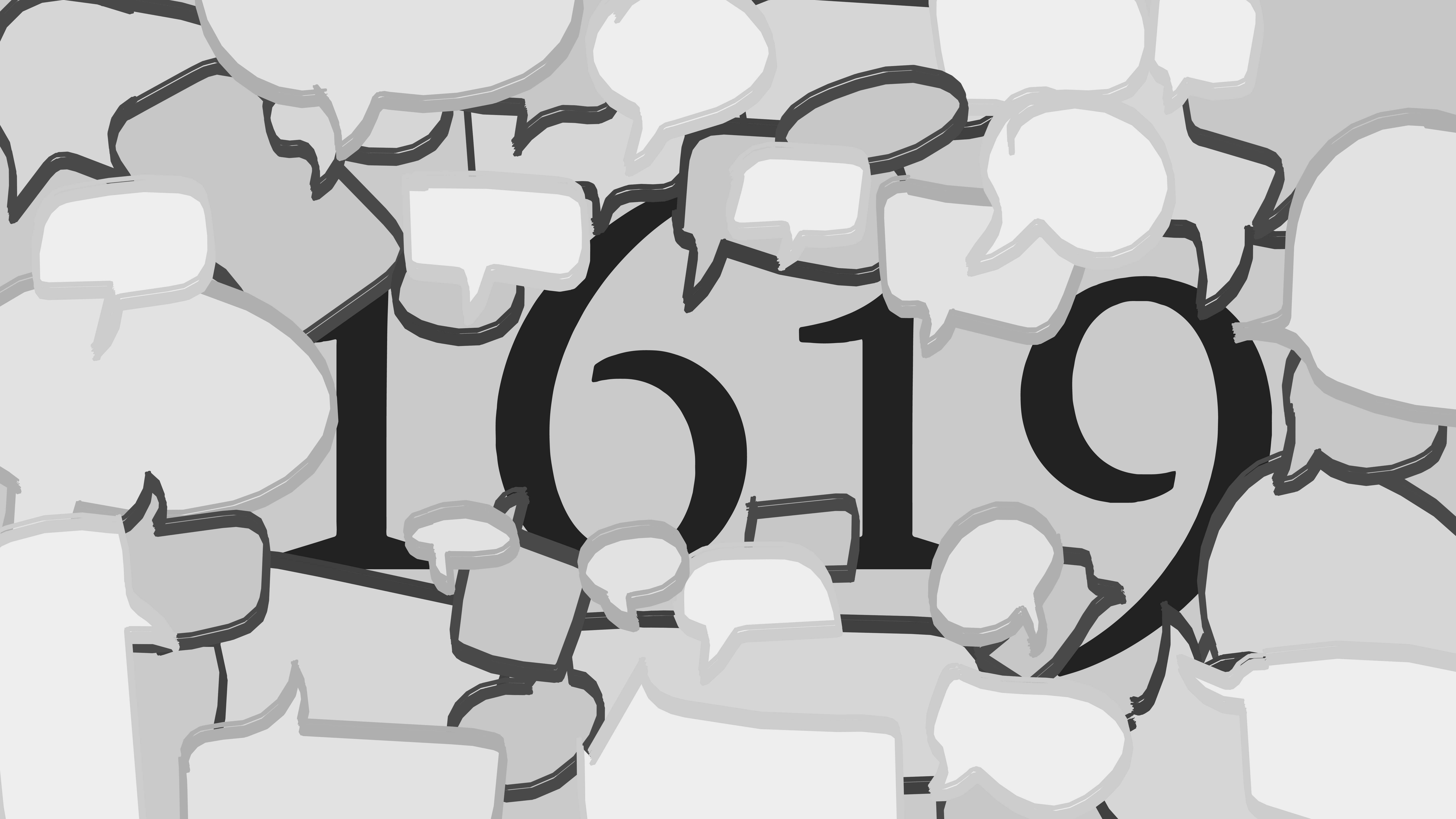 Google “Mass incarceration statistics” to find a bombardment of information to upset the social consciousness. NAACP Criminal Justice Fact Sheet: African Americans and Hispanics comprised 56 percent of incarcerated people across the country during 2015. CNN: 2.2 million adults were incarcerated in the U.S at the end of 2016, a rate of 655 incarcerations per 100,000 citizens. Prison Policy: a graph displays the increase in drug possession arrests each year since 1980; there are six times as many drug possession arrests as drug sales.

The 1619 Project and Reclaiming the Narrative

The 1619 Project is an artistic and investigative journalism publication by The New York Times which seeks to change the narrative on slavery and the history of American culture. It’s damning proof of a nation’s neglect of justice, tracing its roots back to 1619, the year that the first slave ship in the colonies landed on Point Comfort in Virginia, containing 20-30 enslaved Africans. The project includes essays, short fiction, and photographs which review the influence of Black America, declaring 1619 as the true origin of the words: “We the people of the United States … ”

Writes Nikole Hannah-Jones on page 17 of The 1619 Project, “As [Thomas] Jefferson composed his inspiring words, however, a teenage boy who would enjoy none of those rights and liberties waited nearby to serve at his master’s beck and call. His name was Robert Hemings, and he was the half-brother of Jefferson’s wife, born to Martha Jefferson’s father and a woman he owned … Jefferson had chosen Hemings to accompany him to Philadelphia and ensure his every comfort as he drafted the text.”

SAIC Presents: “The Struggle for Justice: The 1619 Project and the Changing Narrative on Mass Incarceration”

On Oct. 8, 2019, a collaboration by the School of the Art Institute of Chicago (SAIC), the Pulitzer Center, Illinois Humanities, and MacArthur Award Winner Nikole Hannah-Jones presented a two-hour panel, free and open to the public. The goal of this panel was to bridge 400 years and demonstrate how mass incarceration can be contextualized by re-understanding slavery. The event was held in the MacLean Ballroom where a packed house listened to Hannah-Jones and four panelists speak:

The highlight of the evening was Hannah-Jones presenting “The 1619 Project,” focusing on how we should rethink 1619 as America’s founding year. The four panelists took the floor next in a discussion moderated by Kristen Mack, the Interim Director of Communications at the MacArthur Foundation. Afterwards, the space was opened up for a few audience questions.

Panel discussions receive the same criticism that is often thrown at literary criticism and academic writing: They’re bogged down by words, lip service, artspeak, thought experiments. I get it — I have produced and participated in panels that left me wondering if we had any significant impact.

The answer is a tempered “yes” — you can only do so much before it becomes the audience’s responsibility. A lot of background knowledge must be assumed. Burden falls on the audience to participate — not during the panel, but before and after, pursuing and continuing to pursue their own outside research. However, art influences thought which influences action, so if an educational setting makes someone consider something from a different perspective, that’s half the battle.

Unfortunately, SAIC’s The Struggle for Justice did not fully utilize its time. Simply put, the event was overly ambitious for its timeframe. Breaking down all of the speakers that participated in the event, there were eight speakers: program organizers, “The 1619 Project,” the four panelists, the moderator, and the audience. That’s only 15 minutes per group, assuming seamless transitions.

It’s impractical to expect everyone to give a thorough presentation, but The 1619 Project was especially shortchanged. It’s a 100-page exposé on how “Black America” should be synonymous with “American culture.” Each of its essays could have been a lecture unto itself. One article that had to be presumably cut from SAIC’s event was Bryan Stevenson’s article on how slavery and racially-charged laws have led to mass incarceration:

“The 13th Amendment is credited with ending slavery, but it stopped short of that: It made an exception for those convicted of crimes. After emancipation, black people, once seen as less than fully human ‘slaves,’ were seen as less than fully human ‘criminals.’ [South Carolina] declared in 1865 that they had to be ‘restrained from theft, idleness, vagrancy and crime.’ Laws governing slavery were replaced with Black Codes governing free black people — making the criminal-justice system central to new strategies of racial control.”

The event’s message lost focus because of too many perspectives in too short a time. Norris Henderson, Brian L. Frank, Sarah Ross, and Jason Boulware — please, take some time to look up their work — are all engaged in distinct, powerful mass incarceration projects. However, for this event they lacked the time to personalize their projects in conjunction with the misunderstood history of slavery, meaning they had to speak about mass incarceration in broad strokes. Also, while it would have changed the event’s structure, it would have helped immensely if the event made use of the projection screen behind the panelists, instead of relying on their voices to fill the vast space of the MacLean Ballroom. Brian L. Frank, as a photojournalist, would have benefitted the most from a visual aid while discussing his intimate photography with the incarcerated and their families.

The Struggle For Justice fell into the trap of having an important message but a too-broad approach that did not ground it within actionable examples. Intellectual stimulation is enough for a panel presentation, but in this case — a project framed as a call to action — the macro-level presentation on mass incarceration felt obtuse. Many of the audience members were there to know how they could help change the narrative and, subsequently, the audience Q&A session was the most informative. The audience asked very specific questions that prompted the panelists to deliver practical wisdom.

For example, someone asked about restrictions on prison education and libraries, which allowed Sarah Ross to talk about how the state of Illinois has drastically reduced prison library budgets, forcing the families of the incarcerated to often be the ones to provide books for prison libraries. Someone else asked about the use of language and how that can change perceptions, allowing Hannah-Jones to step in and discuss how the word “slave” should be taken out of everyday oral and written language because it connotes a commodity or objectification. “Enslaved person,” on the other hand, places emphasis on the immorality of human subjugation.

As students working in SAIC, the city of Chicago, and the greater artistic community, it is important to consider the effectiveness of events like The Struggle for Justice. The inherent value of The 1619 Project and awareness that mass incarceration has become an issue at the American core should be entrusted to the audience to understand, but as artists and art educators there is a heightened importance to fill in blind spots. With this particular event, the spot in need of scrutiny was slavery’s link with mass incarceration, but the panel format used for The Struggle for Justice hindered its ability to confront this connection.