At the MCA, the brilliant “Love is the Message” dwarfs its own show. 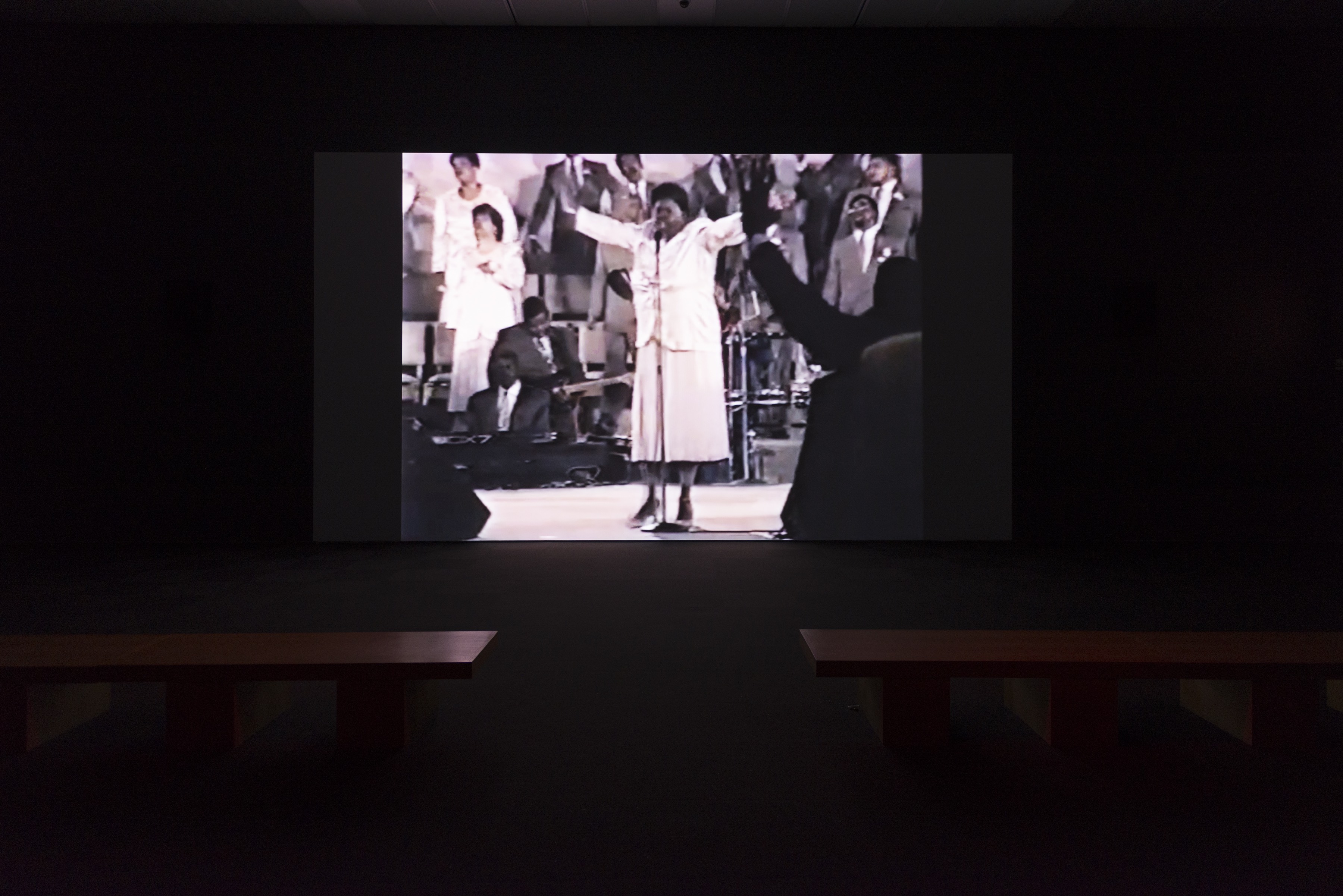 “Prisoner of Love,” at the Museum of Contemporary Art Chicago (MCA) through October 2019, is structured around the recent acquisition of a single piece. Arthur Jafa’s film “Love Is the Message, The Message Is Death” is the guiding light by which other works from the Museum’s permanent collection are illumined. Jafa, the artist and cinematographer, is finally getting the Vermeer treatment: There are other artworks, but “Love Is The Message” is basically a one-piece show.

Jafa is deserving of this treatment. “Love is the Message, The Message Is Death” is a lucid, searing, seven-minute vision of America. Set to Kanye West’s haunting “Ultralight Beam,” an onslaught of video clips, ranging from the pixelated and water-marked to flashes of works by contemporary artists, shows a multiverse of black Americans both known and anonymous. There’s Obama on C-SPAN singing “Praise” at the podium of Methodist University; there’s the unarmed Walter Scott being shot in the back. There’s a young boy slapping his mother in the face and screaming, “Wake up! Wake up!” There’s Angela Davis and Beyonce and revellers grinding at a dark party. “This is a God dream,” the chorus sings, then, “You can never go too far when you can’t come back home again.” The film cuts from a policeman tackling a young bikini-clad woman onto a green lawn to a molten sun. What kind of home is this? James Brown crumples onto the stage. What kind of promised land?

But Jafa is neither celebratory nor mournful. “Love is the Message” passes through time and emotional tenor like an all-seeing eye. He concentrates the vast archive of black life on film — via news clip, Youtube upload, surveillance footage, and music video — in all its irreducibility. 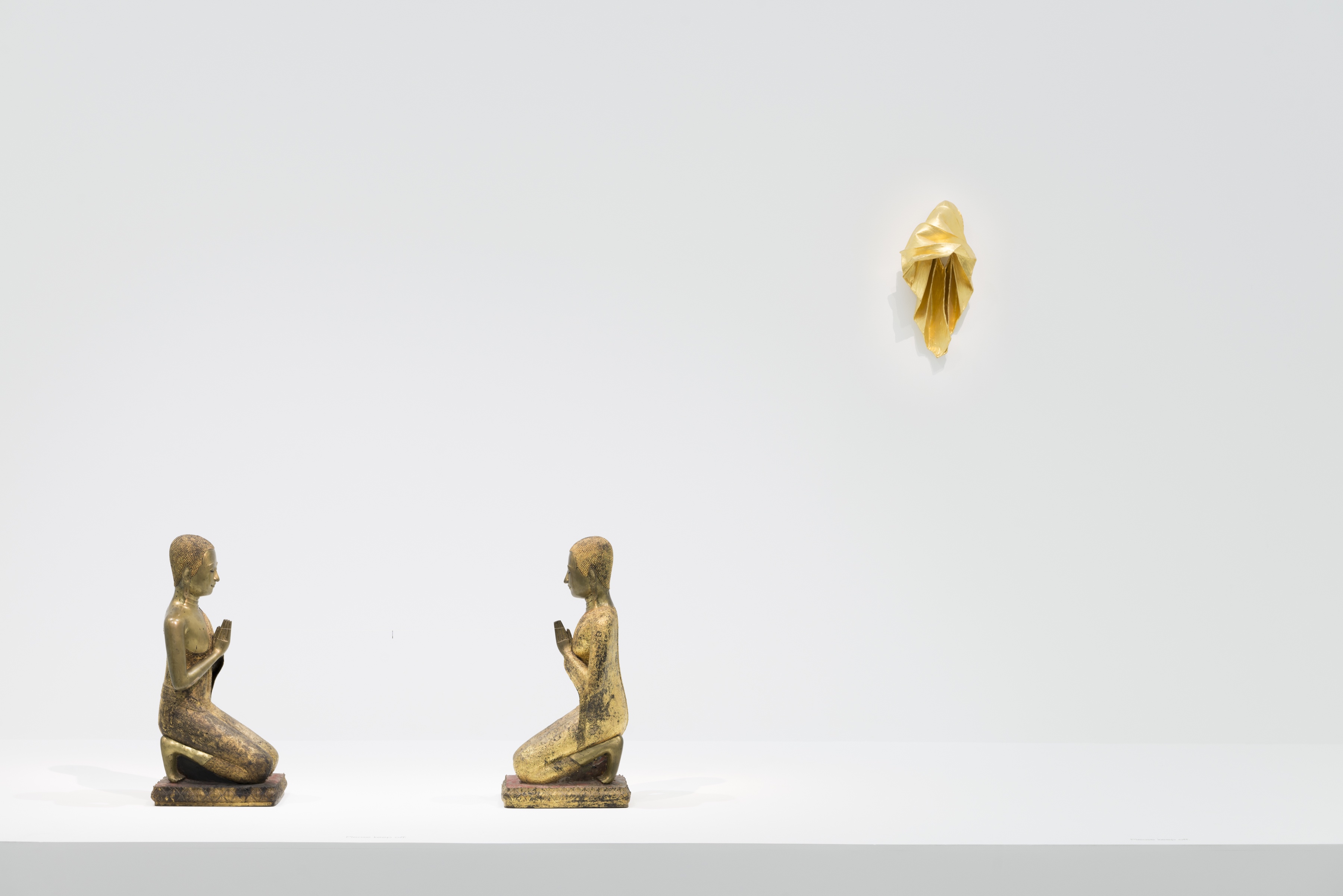 Outside of the screening room, however, the exhibition takes a different tone. It consists of a seemingly random assortment of big-name artworks from the MCA’s permanent collection, one per cherry-picked artist, ranging from Bruce Nauman to Kerry James Marshall. Over the course of its three-month run, these works will be rotated with others from the collection. But the show is weighted so heavily by the majesty of “Love is the Message” that they feel like afterthoughts, which is saying something for an exhibition that includes David Hammons, Lynda Benglis, and Doris Salcedo. The wall texts attempt to impose some order by suggesting broad themes that the artists do not themselves invoke. “Treating the themes of life and death as mysteries, tragedies, and celebrations, the artists reflect upon a cycle that inevitably touches each one of us,” reads one. With the vaguely humanist tone of a Waldorf teacher, they risk flattening the expansiveness of individual works into a how-to manual for a more just world.

Can art stand still without being asked to perform its usefulness?

In places the show feels particularly contrived, as with the corner earmarked for quiet contemplation, beside a David Hammons sculpture that incorporates two gold-leafed Thai buddhas. The only difference from the rest of the gallery seems to be the addition of one more standard black museum bench than usual. (How does Hammons feel about being parked in the contemplation corner?) Beside the contemplation corner, visitors are invited to write their responses to the show on small squares of black paper that they can affix to a large board. (Notes I read on my visit run the expected gamut of any public writing exercise, from “Brown Lives Matter” and “Silence Will Not End Hate — Speak” to “ Danielle Was Here” and “Contemporary Art Is Like Religion, I don’t Really Understand It, But It’s Cool.”)

Some artworks seem to be tasked with filling out a diversity quota for the show, rather than included for their synchronicity. Catherine Opie’s enormous photograph of an empty chair, an homage to Australian performance artist and fashion designer Leigh Bowery, who died at age 33 of AIDS-related causes, ticks off the queer box. Other selections betray the show’s unflagging wholesomeness. It’s not surprising that the Edgar Arceneaux piece, for example, is a demure mirrored work, and not, say, the unsettling and brilliant “Until, Until, Until” (2016), which deals with Ben Vereen’s blackface performance at Reagan’s inaugural ball.

If there is an intentional gesture here, it is to value and welcome viewers’ responses so much that the feedback wall is not tucked just outside the gallery, but in the gallery itself, among the artwork. There is a legible effort to crack open the space of the museum, to make contemporary art not just accessible but actively welcoming. Although it sits awkwardly within this show, I support this reorientation of a museum’s purpose. But Jafa’s video, like much of the other work in “Prisoner of Love,” is much more expansive and unwieldy than a sound bite or a slogan, and that’s what makes it a masterpiece. It cannot be explained. “Love is the Message” carries no message but itself.