Four shows to see in Chicago 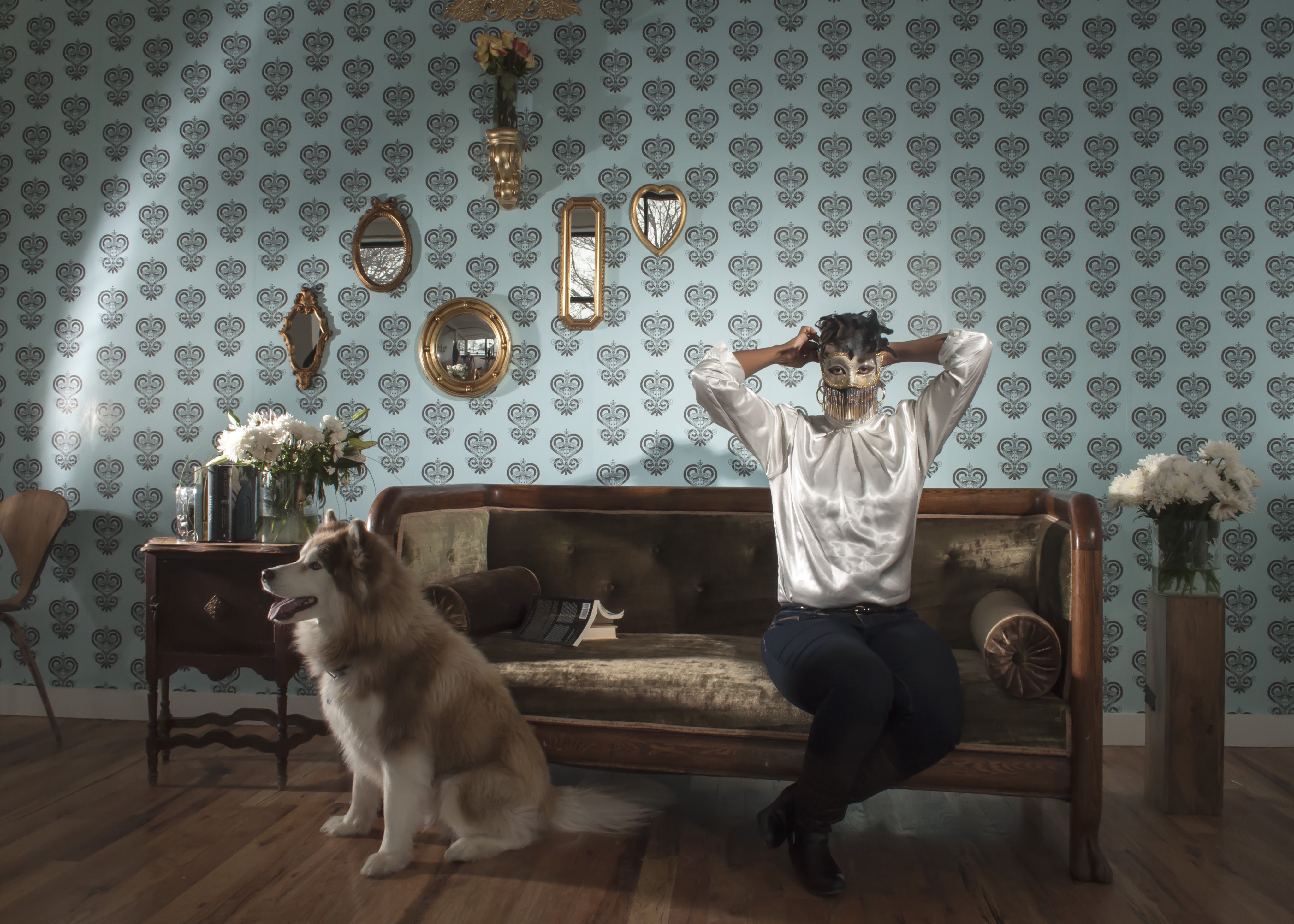 “Masking from In the Company of Black” (2014) by Cecil McDonald, Jr. Image courtesy of the artist.

The finest artwork Chicago produced in March was hands down the river dyed Frankenstein green for St. Patrick’s Day. If you survived the packs of bros roaming the vicinity of this Christo-scaled artwork, check out these other shows before they close.

The people in these photographs are too enigmatic to be portraits: They’re like characters in the photographer’s script. The brooding figures in domestic spaces are full of details that are simultaneously banal and out of place: a red light in an attic corner, a baby screaming on TV, a man peering down with a beatific expression into an offering of lit coals. McDonald, who teaches at Columbia College Chicago, focused this body of work on the “extraordinary ordinary,” black people whose depth of character and emotional range is rarely reflected in mainstream media. Flashes of cultural references place the images in a particular space and time: a Funkadelic record, an Artforum with Barkley L. Hendricks on the cover, the tea brand Celestial Seasonings, books stamped “Chicago Public Library.” Although McDonald doesn’t shoot with a cellphone, these have the level of staged-ness of cell phone photography, which is always semi-staged, semi-naturalistic. The exaggerated shadows and moments of clarity and blur upend a flat and easy sense of space, boosting their surrealist tinge.

The Italian sound artist Thessia Machado’s underwhelming installations at The Arts Club of Chicago ostensibly reference the space itself. Strands of dun-colored felt strips hang undulating from the ceiling of the main gallery like sound waves, or the Joy Division T shirt, or just a tired rehashing of Eva Hesse’s neutral and poised sculpture. In the smaller gallery, the wall itself seems to emit a crackling and buzzing; the exposed wires and circuits lace above eye level like sonic lichen. Sit on the small gallery bench and you can feel the vibrations thrumming through your back.

The Arts Club of Chicago

The subject of the show is the global refugee crisis. An estimated 68.5 million people, which is more than the total population of the United Kingdom, are currently displaced from their homes. This group show, which brings together artists hailing from Syria, Morocco, Mexico, and elsewhere, some of whom are themselves refugees, relies heavily on photography’s application as a straightforward documentary tool to make visible the human toll. Some of the work is overly didactic, but in the face of crisis what else could it be? The photographs by Spanish photojournalist Daniel Castro Garcia capture the tenuous new lives of sub-Saharan migrants, including unaccompanied minors living in a temporary community in a small town in Sicily. In his video piece, Shimon Attie casts young Syrian refugees, all of them recently arrived, as the coiffed, disinterested patrons of an upscale club. Each time they play a round of roulette, one of them disappears.

A blue with the intensity of a chakra aura shouldn’t make for works this quiet. Stan Shellabarger’s recent group of small accordion books are cyanotypes, a photographic process that produces silhouettes against a blue ground once the chemical-coated paper is exposed to light. Shellabarger has worked in collaboration with natural rhythms for decades, making walk-sculptures out of the Richard Long manual of monastic land art. (Chicago edition: trudging lines back and forth through the snow). These books were made during solstices and equinoxes and also take them as their subjects: A moons the size of a bottle cap moves arcs across the pages, conjuring the slow rising and setting of a celestial body. 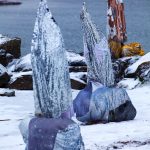