The Ongoing Crisis In Puerto Rico: How SAIC Students Can Help

Puerto Rico and the surrounding region remains in desperate need after Hurricanes Maria and Irma. How can SAIC students help? 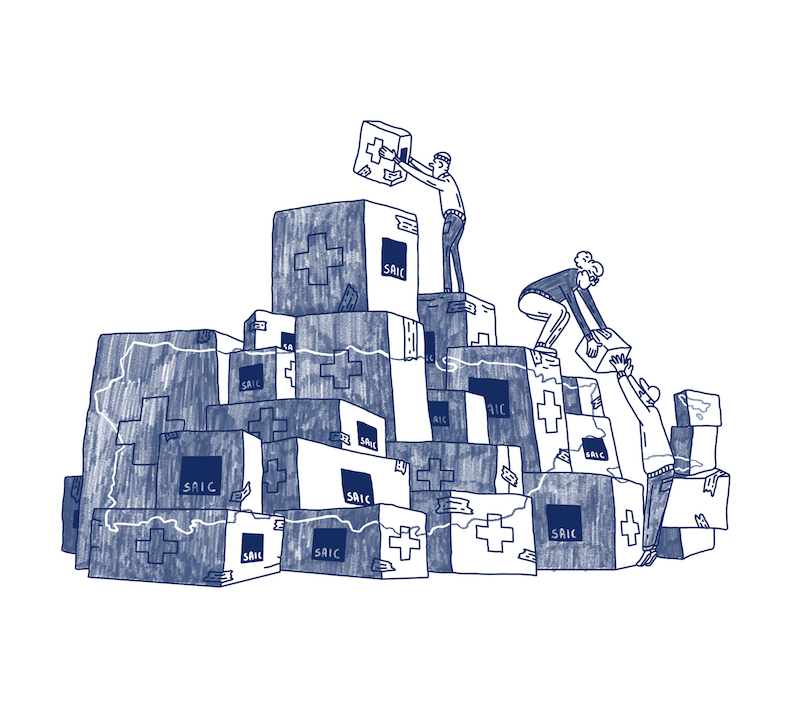 On September 20, a devastating Category Five hurricane swept the island of Puerto Rico. As of November 8, the government’s official death toll 55, though more fatalities are occurring due to disease and injuries in the storm’s aftermath. Hurricane Maria destroyed. approximately 90 percent of the island’s infrastructure. The Dominican Republic, Haiti, and the Bahamas were also affected by the hurricane. Recovery has begun, but rebuilding will take years.

At the School of the Art Institute of Chicago (SAIC), art students with little to no money in their bank accounts and community members with families still stuck in Puerto Rico have found themselves wondering how they can help.

Three SAIC community members, Emilio Rojas (MFA ’17), Mev Luna (MFA ’17), and Nicolás Rodríguez Melo (MA ’18), in collaboration with the Chicago Artists Coalition, organized a benefit on September 29 called “Rise From The Rubble, Weather the Winds: Fundraiser and Art Auction for Relief Efforts in México and Puerto Rico.” The aim of the project was to raise enough money to assist the regions that suffered from the hurricane. This was an independent project hosted at The Chicago Artists Coalition.

Over 60 local and international artists were featured, many of who were from SAIC. Much of the volunteer staff also included students from the SAIC community. The silent auction included installations, sculptures, publications, and custom clothing. Twenty-four thousand dollars was raised with monies allocated to “relief and long-term rebuilding efforts throughout México, Puerto Rico, The Virgin Islands, and Cuba.”

According to the final tally announcement posted to Facebook by Rojas, $10k will be sent to México and $10k to Puerto Rico, with the remainder divided between the Virgin Islands and Cuba.

While the efforts to raise money via the “Rise From The Rubble” benefit proved to be highly successful, there isn’t a benefit like that here every day. Many SAIC community members are wondering how we can help, as initiatives on campus have been somewhat limited. It turns out there are many ways to help.

First Step: Awareness
One of the major issues associated with the lack of American government aid in Puerto Rico is the limited knowledge about what is actually happening on the island. In fact, many people don’t know much about Puerto Rico at all. But doing your research and knowing a few things about the geography and people of Puerto Rico allows you to engage your peers in a dialogue that furthers the discussion in an accurate way.

One key thing to know is that Puerto Rico has a long history of colonization. Educating yourself on the history of Puerto Rico will assist in gaining some clarity towards the region’s relation to the United States. Many people don’t realize Puerto Ricans are American citizens.

Many of those citizens rely on family in the States for support, though certainly not all. The hurricane has made this exchange very difficult, if not impossible. Most Puerto Ricans don’t have access to money coming from their families in the United States, as many banks and post offices are closed. There is limited internet access, which means that the money cannot be transported by online means. Everything that is delivered comes through agents that are on site which makes it very difficult to mail things to the families without an organization’s assistance.

There is still no electricity and limited phone connectivity. Understanding the infrastructure failures is key to understanding how dire the situation is and how to be most helpful.

“My family stayed in [the Puerto Rican town of] Carolina, but our house in Santurce is done,” Reyes said. “It is really disheartening looking at the images people are posting. I just remember going through those streets — now they look completely different. I’m wondering when I go back if I’m even going to recognize the place.”

“Most of us who couldn’t talk to our families were searching websites,” said Alvarez. ”Some of our colleagues here and my son, we were searching Facebook, anything that could tell us and show us pictures of [my hometown of] Villalba. My mother lives up in the mountains and all our trees are down. She [said it was] like a bomb went off. My mother and sister had to leave with the clothes on their back. We couldn’t communicate with them.”

Both Alvarez and Reyes stated that the month of September was especially traumatic for people connected to Hurricane Maria. For most, not being in contact with their families and knowing the state that they were in, was very stressful.

But they both said that there are multiple ways for non-Puerto Rican students to support peers who have families stuck in Puerto Rico or who are otherwise directly affected by the hurricane. During times like these, any amount of emotional support of empathy from their colleagues or peers would help them cope.

“Reach out to colleagues who are here, find out if they are okay,” said Alvarez. “Maybe that means cooking a little dinner for them or just talking and hanging out with them. It’s traumatic for the people who are here and can’t communicate with their families. Even if you don’t have money, there are ways to be supportive. Just care for your colleagues.”

In Alvarez’s case, for example, an elderly friend she knows needs care at home, so Alvarez is looking for a Spanish-speaking person who might be able to help.

“If you don’t have enough money, two batteries would be great,” he said.

All donations will be sent to Casa Puertorriqueña’s regional collection center in Humboldt Park in Chicago, with items to be distributed through Puerto Rico and Mexico.

Seek (and You’ll Find) Resources
Daniel R. Quiles, Ph.D. (MFA ‘97), is an associate professor in Art History, Theory, and Criticism at SAIC, and is in contact with the award-winning film and videographer Beatriz Santiago Muñoz. A resident of San Juan, Puerto Rico, Santiago Muñoz is currently on the ground assisting remote areas such as Vieques, a smaller island off Puerto Rico’s eastern coast, which has limited resources and compromised communications.

According to Quiles, Santiago Muñoz is working on an upcoming funding site for Vieques. He urges the SAIC community to reach out to him for more information on the matter and how students and faculty can help, via his email: dquiles@saic[edu].

Quiles has also identified a non-profit Puerto Rican organization, Beta-Local, which provides artists and other cultural agents with a platform for research and practice. After the tragedy of Hurricane Maria, Beta-Local has dedicated their efforts towards developing an emergency fund for Puerto Rican cultural workers and their communities. According to Beta-Local’s website, any funds and donations that become available will be directed “towards members of Puerto Rico’s independent cultural community who are actively working in relief operations throughout the island.”

Beta-Local has also partnered up with Amazon to create a wishlist, and are requesting patrons to buy supplies from their Amazon registry and then send them to Beta-Local.

Interested in even more ways to help? Here are some other funds and organizations dedicated to aiding Puerto Rico.

Like Featured, News The Ongoing Crisis In Puerto Rico: How SAIC Students Can Help
« Previous Story 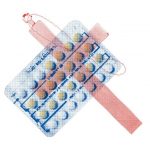 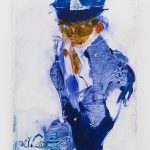