Lin-Manuel Miranda’s run away hit musical is now showing in Chicago and seems untouchable, but has undeniable flaws. 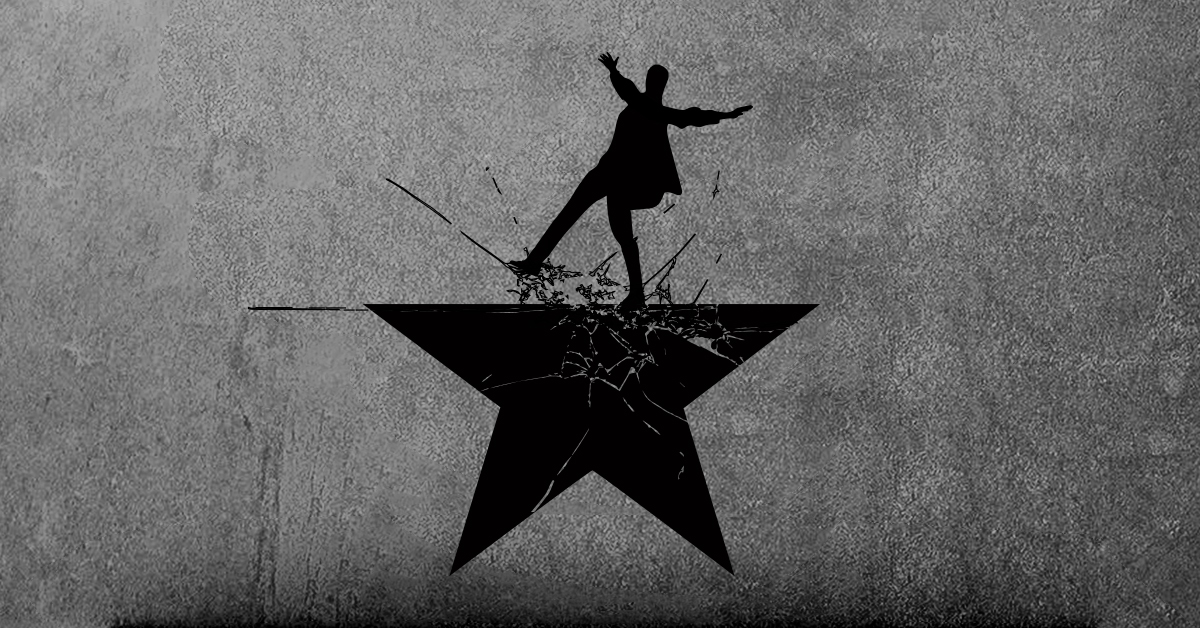 I found a grand total of four articles on the internet that talk direct shit about “Hamilton: An American Musical.” Well, five if you count this one. This is not entirely surprising: Lin-Manuel Miranda’s Broadway hit has been so positively received, and so fanatically charged (the Obamas love this musical) that it is almost impossible to find a negative opinion that hasn’t already been said, or one that isn’t found solely within the depths of Tumblr discourse.

It would be largely inaccurate to suggest that this writer hates “Hamilton.” Miranda has provided a new platform for actors of color to appear on the Broadway stage (and since September, on the PrivateBank Theater stage), and to win awards in categories that are usually dominated by white people. It’s fantastic, the critics say! It’s revolutionary!

If you don’t know American history intensively, like most United States citizens, or if you haven’t listened to the two-hour soundtrack of “Hamilton,” the musical is about the life of Alexander Hamilton, a white immigrant from a colony in the West Indies. Miranda actually read all of Hamilton scholar Ron Chernow’s biography of the founding father and was inspired to write the “historically accurate” stage show (more on this later). It tells of Hamilton’s triumphs and downfalls, finally ending with his death at the hands of his friend, colleague, and fellow founding father, Aaron Burr.

What sets this show apart from other historical musicals, like “1776”, for instance, is its musical medium: It’s an entirely rap and hip-hop musical. A hip-hop Broadway show that boasts an almost entirely black and brown cast is not something that happens very often. That is revolutionary, indeed.

Do you know what isn’t revolutionary, though? Failing women in Broadway musicals.

There are three main roles played by women in the show: Angelica Schuyler, Elizabeth “Eliza” Schuyler, and Maria Reynolds. After Angelica falls for Hamilton, she goes from being a hopeful participant in the American Revolution, to growing lovesick and pining for Alexander, whom she gave up after arranging his marriage to her sister, Eliza. The song that tells this story, “Satisfied,” makes the audience realize that Angelica and Hamilton are quite the same: They are both intelligent, hopeful revolutionaries, wanting to make a change, both of whom will “never be satisfied.” So why isn’t she given more stage time; more of a powerful role outside of her lovesickness?  While Renée Elise Goldsberry won a Tony for this role in the original Broadway casting, Angelica ends up falling into that familiar, tired trope: the Muse.

Eliza, who falls in love with Hamilton at first glance, is the wife of the protagonist. First she must deal with her husband’s affair, and proclaims that she is “erasing herself from the narrative,” in the emotionally-charged ballad titled “Burn.” But after the death of her son, she returns to Hamilton’s side, becomes the “best of wives, best of women,” and eventually tells his story. She is the stereotypical embodiment of the Loyal Wife.

Maria Reynolds, sadly enough, is an easy character to label: the Seductress who “led [Hamilton] to her bed/ let her legs spread and said/ ‘Stay,’” in the R&B number titled “Say No To This.” She ultimately brings about his downfall and the audience is made to feel like it isn’t Hamilton’s fault. This is the only song in which he breaks the fourth wall and attempts to paint himself as the victim through excuses (“I hadn’t slept in a week/ I was weak/ I was awake/ you’ve never seen a bastard orphan/ more in need of a break”)

For someone who is insistent on breaking away from traditional theater roles, Lin-Manuel Miranda fails his female characters through the sheer inability to depart from stereotypes; he also has a strange reason for not casting women in title founding father roles. When he spoke at the Smithsonian Museum of American History, Miranda mentioned that he would be “totally open to women playing founding fathers,” but only in high schools, explaining how much of a “pain” a key change can be and how he has trouble writing duets that sound “good” for both “a guy and a girl to sing together.”

Despite failings in gender representation, Miranda has made a point of changing the standard narrative. He chose to cast people of color as the white founding fathers, after all — something that many Hamilton fanatics conclude is what removes this musical from ever even being considered problematic.

However, this very topic is something historian Lyra Monteiro talks about extensively in her review essay, “Race-Conscious Casting and the Erasure of the Black Past in Lin-Manuel Miranda’s Hamilton.” Daveed Diggs plays both Marquis de Lafayette and, coincidentally, Thomas Jefferson in the original Broadway cast; Thomas Jefferson, the man who owned and sold slaves, who raped one of his own slaves, and refused to free any of them. There are brief mentions of slavery in the piece, and of abolitionist ideas, but there is a surprising lack of actual black and brown revolutionaries, who did exist at that time, as characters. Miranda also failed to mention the fact that the majority of the founding fathers were slave owners at one point or another. Even Hamilton himself, praised as an abolitionist in the musical, helped the Schuyler family buy and trade slaves once he married Eliza.

This is as good a time as any to discuss the immigrant narrative present in the musical. As an immigrant, I truly did find the story of Hamilton compelling because he was an immigrant. The word is charged in the United States today, and to see an immigrant, even a historical one, being praised rather than attacked in the mainstream media is compelling — maybe even revolutionary. The “bootstraps” narrative, however, the American Dream only being reached if you just try hard enough, is exhausting for immigrants today; Miranda surreptitiously, even if unintentionally, enforces this narrative. See this part in the first song in the musical titled “Alexander Hamilton”:

The ten-dollar Founding Father
Without a father
Got a lot farther
By working a lot harder
By being a lot smarter
By being a self-starter
By fourteen, they placed him
in charge of a trading charter…

Immigrants who do not succeed according to this ideal are simply not hard-working enough, or perhaps not as intelligent. This logic fails to recognize the many obstacles — racial, institutional, emotional —that immigrants face and reduces the immigrant experience down to “try harder.”

Additionally, the “historically accurate” musical claims Alexander Hamilton embraced his own immigrant status, when in actuality Hamilton did not particularly like other immigrants. In 1798, he would support the Alien and Sedition Acts, which allowed the new United States the power to racially profile and deport new immigrants, as well as making it much harder for immigrants to become naturalized citizens with the eventual ability to vote.

The death of Alexander Hamilton was also not actually directly caused by the events of the election of 1800 either, as the musical’s song of the same name suggests; in fact, it was Hamilton’s inability to apologize to Burr after publicly insulting him that caused Burr to call for a duel. The story tends to martyrize and place Hamilton and the other founding fathers on a pedestal; he becomes a hard-working man who just didn’t think before he spoke, rather than presenting the audience with an accurate representation, flaws and all.

I can’t demand a perfect musical; such a thing is impossible. But we still have to recognize that there are aspects of this musical that aren’t entirely revolutionary. When a person can recognize the flaws of a material, while still being able to appreciate it, that is true critique at its core. To quote Miranda’s “Hamilton,” “Independence is full of contradictions.” So is good art.