A new bookstore and cinema space on the South Side is gorgeous, but raises questions.

Back in June, I was invited to see “Under the Cherry Moon,” a seriously fabulous Prince movie, at BING, an art bookstore on the South Side. Upon meeting my friend there, I got off the Garfield green line stop and crossed the street towards the recessed white walls shining in the pre-dusk blaze. What used to be a Harold’s Chicken now has the interior design of a chic haven with clean and crisp walls that showcase books the way they were meant to be displayed.

Chris Salmon, the general manager of the store, gave me an inside scoop on the origins of this quaint haunt.

“BING began as a conversation between Theaster Gates and Hamza Walker,” Salmon said. Walker, the longtime curator at the Renaissance Society and School of the Art Institute of Chicago (SAIC) faculty member, was showing off his personal library of artist’s books and art monographs, which led Gates to wonder how one goes about acquiring such things.

With the special help of time and money provided by Gates, they were able to carve out a community bookstore that has blossomed with programming that is just as vibrant as its Prince series, thanks to collaborations with Black Cinema House (BCH), Arts + Public Life, the University of Chicago’s creative business incubator initiative, and now,  Stony Island Arts Bank, where the store has recently moved. Salmon and his colleagues suspended their programming schedule until the move was complete. “But the drinks, book-browsing, and, to a lesser extent, events, will still happen on Garfield,” Salmon said.

As is the case with many up-and-coming establishments, one of the biggest challenges Salmon has had with the store is getting the word out. “I felt a lot of personal consternation that I wasn’t finding enough ways to connect with as many people as possible,” he said.

“Also, there was a fine line that Gates, Walker, and the designers had to walk in terms of making the place look aesthetically amazing while still making it feel welcoming to everyone.”

There is a highly intentional artistic aura to the space that is palpable. While the design is immaculate, the people that work there ultimately imbue the space with the comfort of warmth and openness. The storefront is vastly different from the screening room; while one descends down the stairs after meandering through the small gallery of books, the wooden bar is perfectly lit, with stools arranged in a way that feels like you just stepped into your best friend’s basement.

This is where the community comes together. The “Under the Cherry Moon” screening did not have a lot of attendees (as opposed to the “Purple Rain” screening, which was rightfully packed), but energy flooded the room. We raucously hooted and hollered for every god-like appearance of the superstar singer and actor. It felt like a sleepover without the risk of social suicide.

After the Prince series, the theater continued with Spike Lee and Diana Ross in consecutive months. Attendance soared. Also worth mentioning is the Black + Brown Concert Series. Each month, the bookstore brings in a musical act, educator, chef, etc. “to demonstrate and talk about the origin and impact of their work and how it connects with the Afro-Caribbean diaspora,” Salmon said. He hopes to resume that program in October at the BING “reading room” — which is what the storefront is transforming into.

With the shifting dynamics of the store, the organizers hope to continue the cooperation that is at play with these prominent Chicago arts organizations to create special moments that stand out. “At the end of May,” Salmon said — when The Era Footwork Crew were the BCH featured artists — “there were films shown related to their work, a panel discussion, and a sweaty dance party to end the night.”

“It was really the first time that people really came out to BING,” Salmon said. “So it was an exciting reminder that hard work can pay off — and I don’t mean just mine — and that the potential is there to really connect with a community.”

Salmon worked at Chicago’s Powell’s Books for many years prior to signing onto BING. He is aware that a store like BING won’t profit well in an area like Washington Park. The move makes sense, but the real question is: How can places like this eventually have stock in communities like Washington Park without the fear of losing touch with the ground that they’re sitting on? How can places like BING become the next era of New York’s Printed Matter?

Sure, the store comes off as a passion project and is definitely not projected to the scale of that historic New York store; but on the other hand, why the hell isn’t it?

An editorial in the South Side Weekly that was published last May explained, “These developments have been criticized as the beginnings of University-led gentrification in Washington Park.” The editorial went on to say that BING and its ilk “are viewed by many as an attempt by the U of C to expand its cultural influence on the South Side beyond Hyde Park’s borders.” The ramifications of a move like this are layered.

Still, artists’ books have become so popular because of their ability to be easily disseminated to groups that do not frequent the hoity-toity denizens of the artsphere. Why not empower people that are trying to make artists’ books in communities that would benefit? Though this may be asking a lot, it is also another branch that can help the city get closer to its potential. 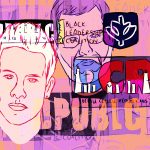 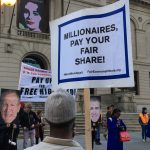