Is it music? Is it performance art? No, it’s Fischerspooner. 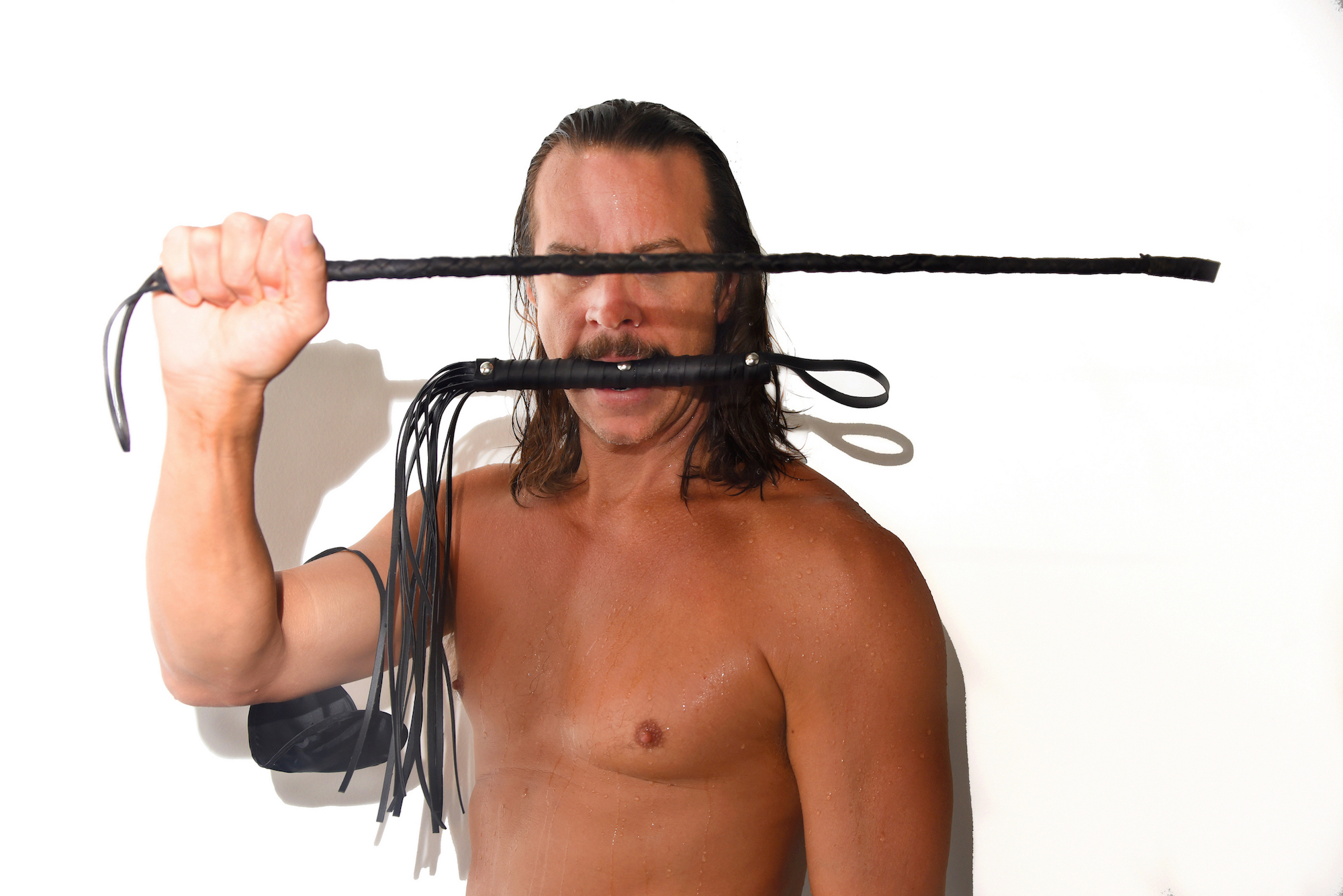 A half-naked Casey Spooner is sitting on a stool, talking around a leather whip in his mouth. There is no shame as he moves from one pose to the next, self-editing and sending suggestions to Juan Carlos, F Newsmagazine’s photographer. He has no doubt at any moment — at one point, he drops and does about 15 push-ups, then rushes back and poses with the redness and exertion still present on his face. He wets his hair and his body. He fears neither error nor honesty.

The strive to be different is a consistent theme in the art of Fischerspooner, and it is one experienced through their whole September 21 visit to the School of the Art Institute of Chicago (SAIC).

Fischerspooner, composed of SAIC semi-alumni (fun fact: they actually never graduated) Casey Spooner and Warren Fischer, is a performance art and sound duo established in 1998. Spooner met Fischer in a video art class, where they became the self-proclaimed “annoying critiquers” of the group. Fischer was taking sound classes, and was in a math rock band; although classically trained, he was into electronic music because he thought it lacked emotion. Spooner had recently moved from painting to performance after being told that the way he talked about his paintings was better than the paintings themselves.

After a falling out over Fischer losing some of Spooner’s writings and lying to him about it (“They weren’t lies, that’s a harsh word!”) they later reunited in New York City through a notorious first-ever performance at a Starbucks. To quote Seth Kim-Cohen, a faculty member in the Art History, Theory and Criticism department: “Fischer and Spooner walked into Starbucks, and Fischerspooner walked out.”

Unlike many artist talks — slightly awkward and respectfully silent — Fischerspooner’s was wildly engaging and energetic. Spooner stood on stage, in pants with elastic across them (“They’re vintage,” he later told an audience member) while Fischer sat mysteriously in the back. Spooner spoke freely, with occasional interjections from his counterpart who spoke almost from above the audience, as though emulating Spooner’s conscience or maybe God. Regardless of the set-up, there was a sincere informality to the talk. The moment they began, the mood, previously tense and quiet, became filled with laughter and fascination. Spooner kept viewers enthralled every second as he unwound the story of how they made it.

After Professor Kim-Cohen’s introduction, there was a whirlwind of slide after slide of every performance Fischerspooner has ever had, each one as colorful and strange as the last. Spooner flipped through the slides, occasionally commenting (“You know … just some basic looks … hot dancing”) and adding anecdotes along the way. The audience laughed and some shouted out comments, like they were watching a show. Is this a show; a performance? No one is entirely sure and this question suspends over the Rubloff Auditorium until the end of the talk.

If there is one concept Fischerspooner loves — or, at the very least, Casey Spooner loves — it is the idea of “myth-making.” The duo’s work is dreamy and it tends to test the boundaries of the conventional. Their first performances were nothing close to normal: Spooner described them as “endurance based” shows where the group and their performers would perform for six hours a night with a new chunk of an audience coming in every half hour. In one performance, audience members experienced the show in the group’s dressing room; the songs skipped, things supposedly went wrong, and the audience remained mostly confused. The myth of mistakes — of planned accidents — is one of the many things that keeps this duo from falling into the genre of pop music; Fischerspooner makes art.

Spooner insisted later, at the private roundtable discussion (sans Fischer), that he finds it a bit tedious to talk about the past and is tired of having to tell Fischerspooner’s origin story. After all, they just released a book about it. Plus, their new project is underway: the audience at the Rubloff got to hear their new single and decide the cover of the new album. Roundtable participants watched a rough cut of their upcoming music video, played on Spooner’s iPhone.

The new album, titled “Sir,” is more raw than anything Fischerspooner has created in its history. Their concept has almost completely changed, focusing around the almost autobiographical experience of aging gay men (“What makes me different from everyone else? I’m old, male, and gay.”) As previously mentioned, Fischerspooner strives to be different, and the “artpop” look has since been co opted by the likes of Lady Gaga and other pop divas; by stripping to just skin, Spooner said, there is a timelessness to the photo shoots and to the album itself.

Above all, this project seems to also be an embrace to the social media age, especially in terms of collaboration. Collaboration is at the very core of Fischerspooner, after all. They’re an unlikely match, but they coexist beautifully. “We like what each other makes, even if we don’t like each other sometimes,” explained Spooner.

For this newest project Spooner also worked with the best photographers he could find — on Instagram, of course. With no direction whatsoever, Spooner appeared, undressed, and the pictures were taken as the photographer wished, with the one rule being that they should be posted online. Then, a concept for a new character was born. Every new cast member is some sort of character in Spooner’s life as well, whether it be a lover, muse, friend, or enemy.

Regardless of how exciting this project is, Spooner told the Rubloff crowd and the roundtable alike that he is ready for this era to be over. He’s ready for this character to die, in a sense; to cut off his long hair and shave his mustache and to start anew. However, when asked where Fischerspooner will go next, Spooner shrugged, scrunching his face up like he was actually looking very hard into the future. There’s a self-proclaimed ephemerality to the group. Spooner himself said that he didn’t originally think the project was born to last. 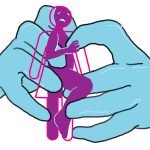 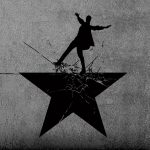