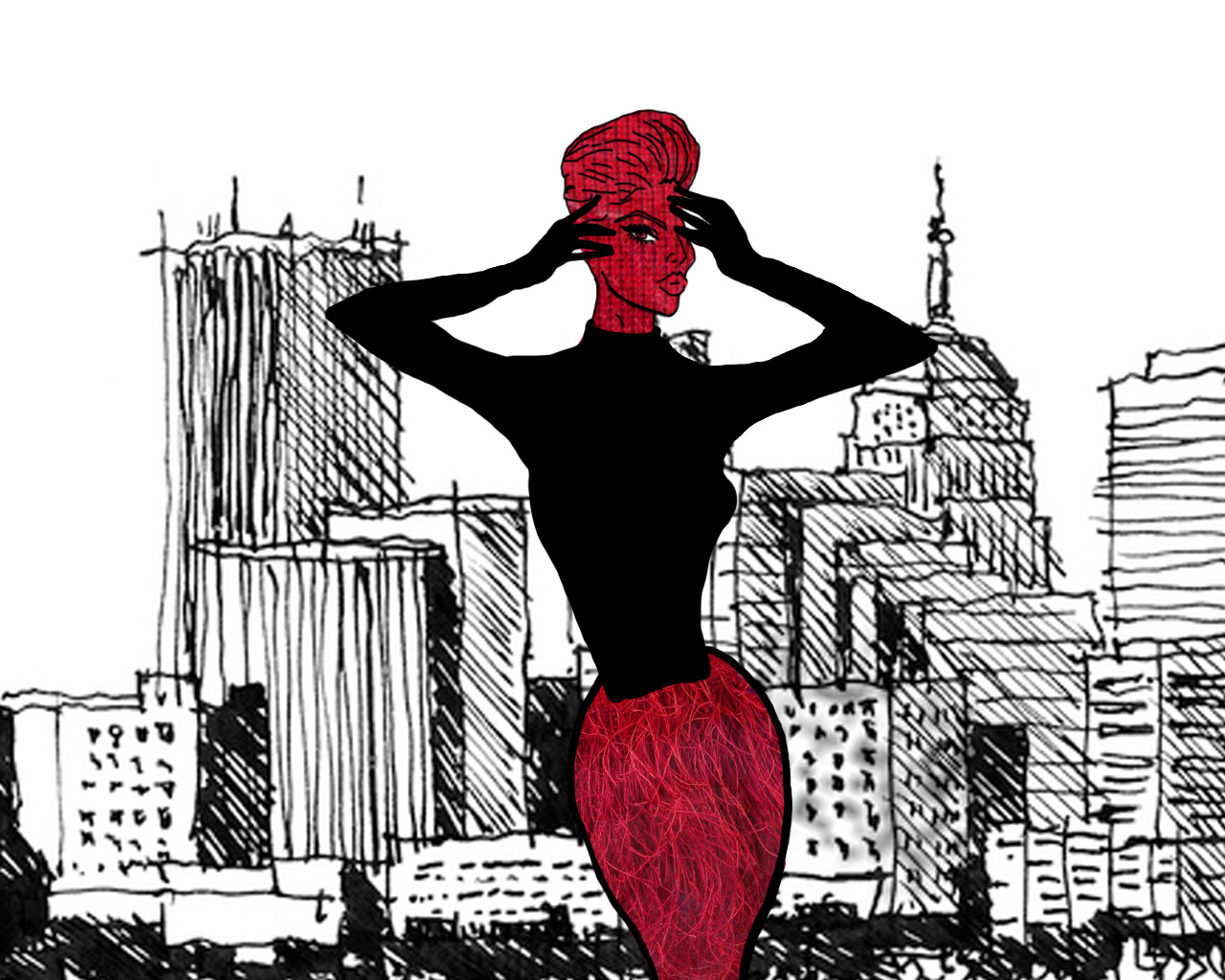 Kylee Alexander’s foray into fashion was unexpected. She transferred from DePaul University to study Creative Writing at The School of the Art Institute of Chicago (SAIC), but gradually found herself more enveloped in the fashion department. The unexpected has followed Alexander for much of her professional career. She currently teaches in the Fashion department at SAIC, works full time for artist and SAIC faculty member Nick Cave, and is working on her own self-titled fashion line.

As a fashion designer, choosing to stay in Chicago could be considered a risk, but as Alexander puts it, “When you leave school there is no path. You have to make it.”

Alexander wants her garments to be worn by imaginative women with dramatic style. Her newest collection is an exploration of how wardrobes can convey “who we are.” As a textile artist, fabrics figure prominently in the development of Alexander’s design and brand.

“Creating innovative fabrics that are unique to my collection is a way of forging an identity,” she says. “I’ve never really made ready-to-wear. I’ve always liked heavy embellishments, hand detailing and edgy silhouettes.”

There should be nothing strange about high fashion in one of the most architecturally acclaimed cities in the United States. However, while SAIC offers a wealth of supportive and influential faculty members in the fashion department, Chicago is an underdeveloped fashion world. SAIC fashion alums Maria Pinto and Cynthia Rowley run successful brands, but appear to be exceptions to the rule.

Saba Ottman, a junior in SAIC’s fashion department, would like to stay in Chicago to work in the fashion world, but sees a hard future ahead. “In the US, when you think of fashion, you think New York. But working in fashion and staying in Chicago shouldn’t be two separate things,” she says.

After graduation, Alexander had difficulty finding stable employment in the local fashion industry. Owing to a lack of textile manufacturers in Chicago compared to the west and east coasts, large-scale clothing production is scarce. Despite its innovate design history, Chicago is not known as a fashion center. As a result, many fashion grads leave the city for New York or Los Angeles.

Need this be the case? Some designers have turned to initiatives like the Chicago Fashion Incubator, a two-year program to help designers develop their fashion brands in the city. The Incubator operates out of the Macy’s building on State Street, and is directed by Andrea Reynders, a former faculty member at SAIC. Other designers have tried to make it on their own.

Cave, whom Alexander works as a studio assistant for, is the graduate Fashion Program director at SAIC. At Alexander’s job interview, she presented a few samples and Cave hired her on the spot. Beginning as an intern, she now works for the artist full time. Cave’s “Sound Suits” are activated by performance in a dedicated art context, but their working relationship is creatively in tune.

“Everything he does is tactile as well. To see the way he dresses the body as an artist versus the way I make clothing is really inspirational,” Alexander says.

Alexander’s professional trajectory veers significantly from the difficult paths of fashion graduates elsewhere. Alexander says, “I see what my friends are doing in New York and I have a very different experience. I’m not working for a designer and I’m not a pattern cutter. I get to go to work and make magical things all day.”

Alongside other artists assisting Cave, working in a professional and efficient studio has been a motivating experience, and Alexander would like to see young fashion designers working in similar communal spaces. Echoing the strong sense of community Chicago already provides for artists and the art-minded, sharing studios and resources can be a way for new designers to forge their place in the city.
This Fall 2015 semester Alexander will teach Introduction to Fashion, as well as Fashion Design for the Early College Program and Fashion Studio for the Middle School Program. As an alumnus of SAIC, Alexander would like her students to take full advantage of the resources at their disposal. To those aspiring to be independent fashion entrepreneurs Alexander says, “You have to be tenacious. Say yes to everything.”

Arts & Culture How to Make it in Chicago Fashion
« Previous Story 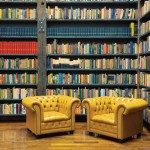 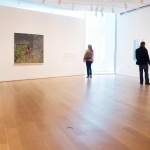