The Stony Island Arts Bank re-opened it doors after nearly thirty years this October. Originally called Stony Island Trust and Savings Bank, the 17,000 sq. ft. building is located on Chicago’s South Side in the historic Jackson Park Highlands district. The center was sold to South Side-based artist Theaster Gates for $1 by the city of Chicago in 2013. The purpose of the building, according to the Rebuild Foundation, a non-profit headed by Gates, is to “serve as a space to preserve, access, reimagine and share their heritage — and a destination for artists, scholars, curators, and collectors to research and engage with South Side history.” Gates, known for his community-driven installation art and architecture, repaired the abandoned building for $4.5 million. The bank will store vinyl archives of Frankie Knuckles, the father of house music, as well as the personal magazine and book collection of John H. Johnson, the founder of Ebony and Jet magazine. 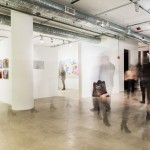 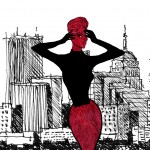