Miley Cyrus is back with a psychedelia-smeared pop record featuring odes to her favorite dead dogs.

As time goes on, Miley Cyrus devolves into an increasingly frustrating cultural paradox. She touts the benefits of solitude and inner peace while steadfastly flooding the Instagram feeds of the masses with an endless stream of selfies and sculptural art pieces covered in tiny toys. Miley has the potential to enact positive social change. According to their website manifesto, the proceeds from her Happy Hippie foundation go towards providing “homeless youth, LGBTQ youth and other vulnerable youth populations with consistent support services, education and employment opportunities.” Miley is capable of empathy, yet her steadfast refusal to acknowledge the culturally appropriative nature of her actions (which includes everything from the twerking to the VMA dreadlock extensions) just makes her seem petulant.

She’s a happy hippie, as long as your analysis of her is devoid of any sort of constructive criticism. Even though in 2015, we are two years post the Twerk seen around the world, the authenticity of Cyrus’ actions is constantly questioned. Perhaps our inquisitive nature towards her is only reflective of the sense of cultural ownership that often accompanies child stars. We have watched Miley grow up, from a gangly and seemingly good-natured teen to a seemingly brash, sexually liberated twenty-something … we know Miley, don’t we?

If Bangerz was her club beats saturated bildungsroman, Miley Cyrus and Her Dead Petz is her sloppily penned attempt at a philosophical treatise. Unlike Bangerz, which was definitely a pop project, Dead Petz attempts to combine psychedelia with mainstream pop sounds. The result is a genre-confused record that sounds more like the musical equivalent of Forever 21 selling Woodstock inspired sweatshirts than a successful co mingling of two musical genres … it’s definitely not the best of both worlds.

Cyrus released her latest project on the free music streaming service, Soundcloud. Unlike Spotify or Apple Music, Soundcloud allows artists to upload their tracks for free thus making it popular among unsigned artist or bands. Cyrus’ decision to release her latest album on the platform is indicative of her efforts to assimilate herself into the Indie music scene. In an attempt to seem truly D.I.Y, Cyrus dropped $50,000 of her own money to release the album outside of her label.

The record itself is a staggering 23 tracks, ranging in length from 46 seconds to five minutes. It’s an arduous listen requiring almost infinite patience and stamina. It’s the sonic equivalent of trying to put your drunk friend to bed, nonsensical with milliseconds of lucidity frustratingly interspersed throughout otherwise underwhelming tracks.

Throughout the album,  the influence of the Flaming Lips’ Wayne Coyne is clearly visible, the little jangly sitar-influenced guitar riff that pops up throughout the album is a Flaming Lips’ calling card. Coyne and Cyrus’ unlikely friendship is visually documented on Instagram and other social media platforms. It’s a vexing bond that produces glitter smeared selfies and singles like “Dooo It,” which Cyrus performed live at this year’s MTV VMA’s alongside draguates of Ru Paul’s Drag Race.

The album seems gimmicky at best. Cyrus’ attempts at authenticity like the mumbly monologues about being “fucking homies and shit” on tracks like “BB Talk” read as caricatures of a carefully constructed per-stona that Cyrus has spent years concocting.

There are moments where she aches to be seen as alternative and what should be seen as a sincere effort in the name of art comes off as so cringeworthy that I reflexively close the Soundcloud tab on my browser. Lyrics like “I had a dream/ David Bowie taught us how to skateboard/ but he was shaped like Gumby” sound more like a magnetic poetry set sponsored by Urban Outfitters than an artistic revelation.

The only stand-out tracks are the ones that are quite literally about her “dead petz.” “The Floyd Song (Sunrise)” is a meditative tribute to her deceased husky, shrouded in flowing guitar riffs and an unwavering bassline. At one point, Cyrus’ voice breaks as she sings seemingly on the verge of tears. It’s a brief glimpse of genuine sincerity that gets lost throughout the rest of the album.

The most poignant track on the record is Miley’s heartfelt ode to her deceased blowfish, Pablow. In a moment of borderline existential absurdity Cyrus notes that going out for sushi after watching one of your aquatic pals go belly-up isn’t the best decision: “I got soup/and I ordered rice/ but watching my friends eat my friends ruined my appetite.” She also suggests that Pablow should attempt to find love with a seahorse named Sadie in the big sea in the sky while simultaneously ignoring that interspecies post corporeal lovin’ isn’t super-possible.

Tracks like “Pablow the Blowfish” indicate that Cyrus’ grasp on both lyricism and reality itself is tenuous at best. The awkward nature of the lyrics could indicate Miley’s attempts to be more involved in her own songwriting process. The unpolished lyrical structures lend themselves to a more ‘indie’ feel for the album as a whole, but they’re also awkward for the listener.

Overall, Miley Cyrus and Her Dead Petz is an underwhelming musical endeavour. In theory it sounds good — Miley Cyrus singing about dead fish … sure, why not? — in reality, it’s an annoyance at best. Cyrus certainly tried to expand her musical boundaries as an artist, but that doesn’t mean they moved. 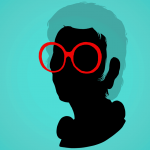