The National Museum of Mexican Art will open its Día de los Muertos this year, with high expectations. 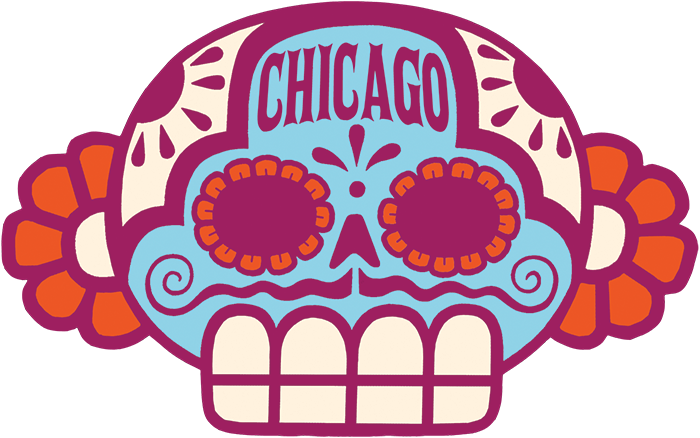 The National Museum of Mexican Art is planning for this year’s Día de los Muertos (Day of the Dead) to be one of the biggest in its history. The museum was awarded a grant from the Department of Cultural Affairs and Special Events and is using the funds for a large interactive installation, which will be projected onto the museum itself. Eric Garcia, Arte Ambulante coordinator at the NMMA, is excited for the event. “With the help of Mark Anderson of Binary Artists we have created a website that allows anyone to upload a photograph of a loved one who is no longer with us. These photos will then be projected outside onto our museum’s east wall during this year’s ‘Day of the Dead in the City of Chicago’ celebration on Sunday, November 1. We are also having a projected animation about Día de los Muertos on our north wall, and we are asking community members to build individual altars on the new Harrison Park soccer field,” he said. The museum’s other exhibits will remain open, and there will be free food and community activities.

Garcia spoke at length about the significance of the festival to Chicago. He stated that the museum’s Day of the Dead celebration preceded the acquisition of the building. The founders of the museum started their festival in 1986, but didn’t have a central location until 1987. Garcia explains that “the National Museum of Mexican Art’s Día de los Muertos celebration has been going on for 29 years and has become the largest in the Midwest and one of the biggest in the nation. Every year, our museum puts together a Día de los Muertos exhibit, which includes artists from across the U.S. and Mexico. Artists are asked to create traditional and contemporary ofrendas, or altars, dedicated to people who have passed away. This exhibition is the biggest draw to our museum.” However, beyond attracting crowds to the museum, Garcia and Carina Yepes, Community Programs Coordinator, insist that the museum’s goals are in line with the tradition of honoring the lives of lost loved ones.

This year’s opening is September 18, 2015. The museum anticipates large audiences from Chicago, the Midwest, and internationally. There will also be an accompanying community event for the celebration in November. Garcia said, “People from all over the city come out for free pan de muerto (Day of the Dead bread), hot chocolate, art activities, and face painting. We also have a community ofrenda, where anyone can add a name of loved ones who have died to a large community altar.”

Garcia also spoke of the importance of such a festival in the context of the anti-immigrant, anti-Mexican rhetoric in the political landscape. He said, “Our 29 years of Día de los Muertos celebrations proves that Mexican culture has become intertwined with the U.S. Chicago alone has the second largest population of Mexicanos in the United States. You go to some parts of Little Village and you think you’re in Mexico. Mexican holidays, like the Stations of the Cross during Easter, Mexico’s Independence Day, and Día de los Muertos, are huge celebrations here in Chicago. These are events that have already become a part of the diverse character of Chicago. Día de los Muertos alone is now becoming a part of the ‘American’ culture.”

Garcia also spoke frankly of the politics of immigration and U.S.–Mexican relations. “Mexican identity has been wrapped up within the U.S. ever since the U.S. invaded Mexico and captured not only half its country but a good chunk of its population with it. And as long as the U.S. keeps feeding the economy of illegal narcotics, which in turn creates violence and unrest in Mexico, people will continue to flee north of the border for a better life,” he said. He added that this year’s festival could serve as “a positive example of [Mexican] integration into this country, in contrast to all of the negative rightwing talk against immigrants and Mexico.”

The museum’s video installation and the community ofrenda will take place on November 1. You can see Eric Garcia’s political cartoons here, and see a video interview with him here. 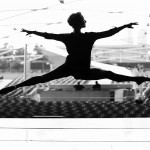 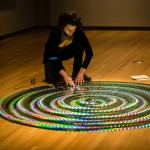