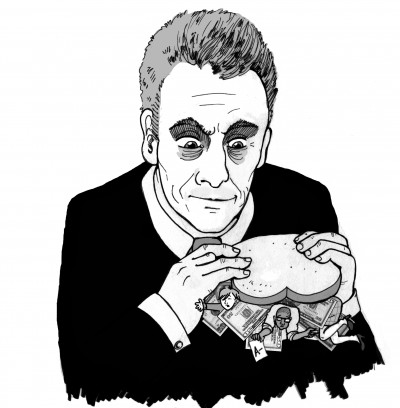 Mayor Rahm Emanuel has not exactly endeared himself to many Chicagoans. Between bringing the NATO summit to Chicago and his attacks on CPS school funding and attempts to privatize public services in general, he has alienated large portions of the Chicago citizenry. Kari Lydersen, a Chicago-based reporter and author and former journalism professor at the School of the Art Institute of Chicago, examines Rahm Emanuel’s career in her latest book. “Mayor 1%: Rahm Emanuel and the Rise of Chicago’s 99%” documents the politician’s career from investment banker to Obama Administration Chief of Staff to Mayor of Chicago, as well as the rise of organized opposition to his administration.In late summer 2011, a short time after Emanuel took office, Lydersen was approached by Haymarket Books to write a book on Chicago’s new mayor. “I’m really honored they would think of me for such an ambitious project,” says Lydersen. “They were really forward-thinking — lots of Chicagoans are furious about [Emanuel’s] policies and understand where he stands in the bigger picture these days, but at the time most people were more ambivalent or uninformed about [his] ideology and background and what his leadership would mean for Chicago.”

As Lydersen began her investigations, she was determined not to write a book that simply vilified Emanuel. “I definitely set out to write objectively about Emanuel … though most journalists including me would admit that true objectivity is nearly impossible to define or achieve,” Lydersen says. “Open-minded is probably a better term.” However, as the investigation continued, she realized she could no longer keep her writing free of personal experiences.

She made the decision to include stories of people involved in political actions against the Emanuel administration. Lydersen used their stories to illustrate public frustration with a mayor who refused to listen to the people of Chicago. “The more I reported, observed, and talked with people, the more I became frustrated and in some cases even outraged — as an individual citizen — at the way this elected official was treating his constituents.” She tried to describe the scenes that generated these feelings so that readers could get a sense of the “dynamics and symbolism that upset me and the people I interviewed so much. … I tried to stick to that old journalistic adage of showing rather than telling.”

Emanuel and his administration have a reputation for being very closed to journalists, and Lydersen, too, experienced great difficulty in gathering information from Emanuel and his office. According to Lydersen, “Rahm Emanuel’s administration did not work with me at all on this, which I think is a shame and a facet of their overall lack of transparency or interest in dialogue. I would have liked to understand more about his own thoughts and approach, but I was not able to get that from him or his office.”

“Mayor 1%” also investigates the opposition movement Emanuel has provoked during his tenure as mayor of Chicago. Lydersen covers the high profile Chicago Teachers Union strike of last September and the ongoing conflicts over the fate of CPS schools and teachers. And she addresses the multiple anti-NATO protests that took place during the four days surrounding the summit in May of last year. Lydersen highlights one faction of Rahm resistance in particular: the Mental Health Movement, which she felt was somewhat overshadowed by larger acts of resistance. Lydersen calls the movement truly grassroots. “[These] people with very little economic or political power in the traditional sense … nonetheless have stood up in very brave, creative and effective ways to demand that their needs be met and that they be treated with dignity and respect. I think they are truly inspiring.”

In two years, Rahm Emanuel has already demonstrated his desire to privatize many of the city’s public services, like public schools and mental health clinics. Throughout the book, Lydersen explores his privatization agenda and the impact it has on many communities across Chicago. The author entwines the personal experiences of activists and community organizers fighting to preserve Chicago’s public services with investigations into the Emanuel administration’s policies. “Privatization is a complicated concept that can play out in different ways,” she says. “The privatization of the parking meters under Mayor Daley was disastrous in numerous ways. Rahm Emanuel is definitely a big proponent of privatization, though he is also aware of how opposed to privatization many people are.”

Lyderdsen covers Emanuel’s privatization of once-public services including health care, mental health clinics, janitorial service and, most prominently, public education. “Emanuel got much attention for launching the Infrastructure Trust, which he says is not privatization per se though it invites the private sector into the funding and operation of public institutions,” Lydersen says. “Public private partnerships can be positive … but privatization is a way to gut the whole concept of a public safety net and a social contract that promises to protect the most vulnerable.” 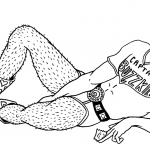 One Response to Rahm Devours Chicago