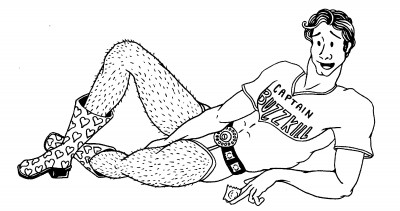 All illustrations from “You’re So Sexy When You’re Not Transmitting STD’s” by Isabella Rotman 2013.

Testicles, breasts, internal condoms and sex toys abound in a guide to sexual health published last month by the School of the Art Institute of Chicago’s Wellness Center, the department devoted to the physical and mental health of the school’s students. When Isabella Rotman (BFA, 2013) was selling her comics at last year’s student art sale, a former Wellness Center employee took notice. “She saw my ‘Animal Sex’ comics and suggested I make a safe sex comic book for the Wellness Center.”

The school’s Executive Director of Counseling, Health and Disability Services, Joe Behen, said the Wellness Center received a Garrett Lee Campus Suicide Prevention Grant to “tap the boundless innovation, ingenuity, and creativity of the SAIC community to positively impact student health.” Rotman was awarded a portion of the grant to produce a safe sex comic, and the result is “You’re So Sexy When You Aren’t Transmitting STDs.” Behen said part of the goal was to turn resources like the grant toward SAIC students, “and the comic does an excellent job of bringing really important information to the student body.”

In the comic, Captain Buzzkill, a.k.a. Dick McClean, discusses the importance of communication between sexual partners, STD testing, contraception and what STDs actually are. “My goal was to be funny, to be entertaining and to provide information without the reader really noticing, just like in ‘Animal Sex,’” Rotman says. Rotman’s series of comics about sexuality in the animal kingdom includes “Animal Sex (You Might Not Want to Know)” and three other comics detailing the curiosities abounding in the mating habits and sexual anatomy of Earth’s fauna: males carrying babies to term, corkscrew vaginas, homosexuality among species and prehensile “peni,” among many others. 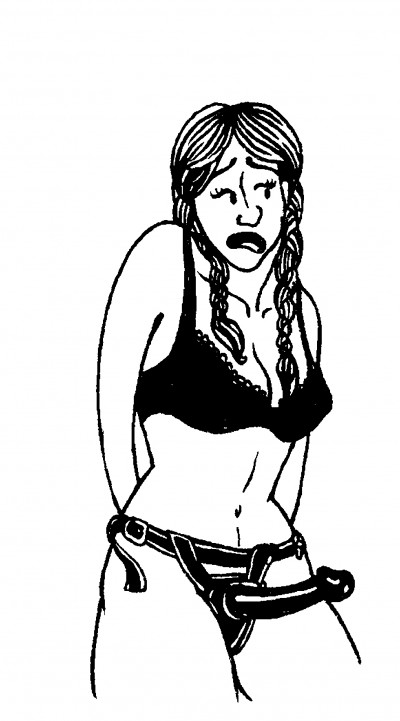 What’s unique about “You’re So Sexy” is more than its use of whimsical drawings and colloquial language to address an important and sometimes grave subject. “Safe sex manuals are almost always aimed at hetero couples or gay men, in which case they’re only about HIV,” Rotman said. But her comic includes examples for sex partners of all kinds, including same-sex couples and transgender people. “If you’re a man, and you have a vagina, you still need to get a pap smear,” said Rotman.

“It really reaches all kinds of people in the student population,” said Fay Nowitz (BFA) during a recent talk given by Rotman at SAIC’s Neiman Center. “The health center at my undergrad school would never have done this,” said Josh Kibert (MFA, Writing). And Jack Carter, a software engineer and fan of Rotman’s work, said outside of Rotman’s comic, a resource about public health of this nature in a format so easily relatable to young people “just doesn’t exist.” In an ideal world, presumably one in which materials like “You’re So Sexy” are more available, Carter says he “can see this next to other sexual health materials at any health center.” The artist did months of research for the comic. “I didn’t know silicone lube breaks down silicone dildos,” she said, and a registered nurse at the Wellness Center fact-checked the entire book before it was printed. So far, around 800 copies, available for free to SAIC students, have been distributed on campus at events and at the Wellness Center, located on the 13th floor of 116 South Michigan Avenue.

Since graduating in May with a focus on printmaking and comics, Rotman has been marketing the comic to other colleges. Columbia College Chicago has bought rights to print 1,500 copies with others following soon, she hopes. New projects that incorporate art and science are also on the artist’s horizon. “What I like are the practical applications of art, art that’s useful in an immediate way.” 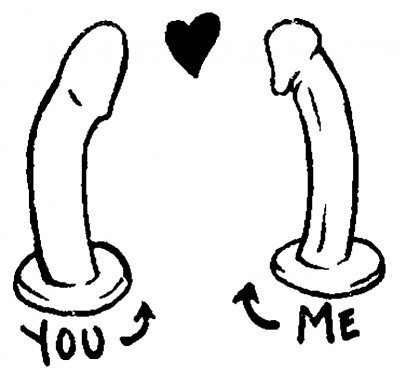 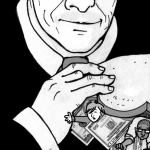