A Visit to the 2013 Hyde Park Jazz Festival from F Newsmagazine on Vimeo.

Perhaps the three things the outside world most associates with Chicago are Al Capone, wind, and jazz. Although I enjoy listening to jazz, I know very little about it and therefore settling into Chicago for a few years presents a wonderful opportunity for me to learn more about this art form. With this in mind, I headed off to the Hyde Park Jazz Festival on September 28, to expose my untutored ears to the magical music on offer.

The Hyde Park Jazz Festival, which celebrated its seventh anniversary this year, is run almost exclusively by volunteers. The sole exception to this is director and SAIC faculty member Kate Dumbleton. The show takes place across 13 venues, from traditional outdoor stages to less conventional locations such as the University of Chicago’s Oriental Institute.

When asked about her priorities as director, Dumbleton highlights a necessity to innovate in order to stay current. “The festival was really starting to repeat itself,” she says, “it was always the same people, the same band, there was a limit to how interesting it could become.”

The Hyde Park Jazz Festival also has the advantage of being free, an essential feature for an event seeking to bring Chicagoans together. “Keeping the festival free of charge has been a priority from the get-go,” explains Dumbleton, “because the whole idea is that culture belongs to everyone and we want to give access to it to everyone, particularly on the South Side.”

However, the festival has to remain sustainable in order to keep happening every year. Donation boxes at the entrance of each venue encouraged festivalgoers to financially support the festival. As Dumbleton explains, “the trick is to create an opportunity for people who can donate to do so, and for those who really can’t to just come and enjoy the music.” This year, the amount of donations made at the gates doubled in comparison with 2012.

Having never been to the South Side of Chicago myself, the Hyde Park Jazz Festival turned out to be instructive about the area. “The idea [was] not only featuring jazz music,” explains Dumbleton, “but also these venues and spaces. There is a dual purpose of animating cultural spaces, community spaces and neighborhood businesses with music in unexpected ways.” 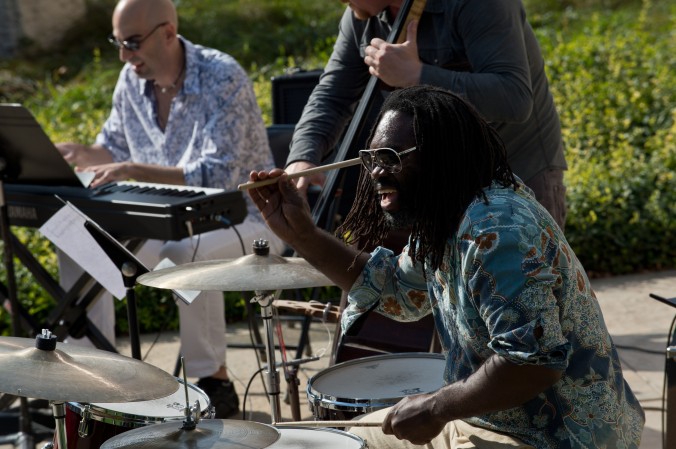 The first band I had the opportunity to listen to were the Pharez Whitted Sextet, who happened to have only a trio on stage when I sat down. Writing as a jazz neophyte, I would describe them as funky and easy on the ear. They were a perfect soundtrack for the surrounding scene: spectators sipping on their beer as their head bobbed in rhythm, leaves swirling around in the preliminaries of fall and the sun washing people’s shoulders warm. Pharez Whitted went on to play a slightly more experimental style of music, but not one so complicated that it made me feel like I needed a degree in Musicology to properly enjoy it.

I moved on to the Smart Museum of Art to listen to John Wojciechowski, a Hyde Park Jazz Festival habitué it seemed, as he recalled memories from previous years in between pieces. Accompanied by Dana Hall on the drums, Ryan Cohan on the piano, and Clark Sommers on the bass, Wojciechowski delivered an energized performance, which didn’t even wane as a mischievous wind playfully blew all of the musicians’ scores away.

My next experience was James Falzone at the Oriental Institute, a journey all of its own. Packed into the Persian gallery, the spectators were wrapped up in the mellow sound of Falzone’s clarinet from his very first notes. The music was magical and enchanting, forming a harmonious marriage with the collection of Persian artifacts decorating the room. It sounded as if Falzone was telling the story of a lost empire. The narrative quality of his music, technically developed and yet casually performed was truly captivating. 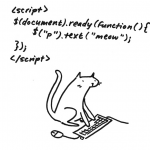