What do we really know about the ground we walk on?

What do we really know about the ground we walk on? 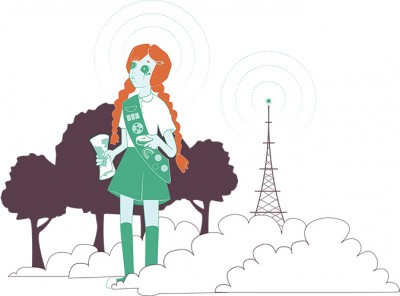 When I was a kid, I was a full fledged, sash-wearing, cookie-selling Girl Scout. For two weeks of every summer and countless weekends, I spent time at Camp Welaka, a small site located on the outskirts of the larger Jonathan Dickinson State Park in Hobe Sound, Florida. The camp consisted of army surplus tents mounted on raised platforms to protect us from the seasonal flooding on a sandy terrain speckled with pine trees and palmetto bushes made humid by the Loxahatchee River snaking through the grounds. Each summer spiders and mosquitoes feast on hapless campers only to be killed en masse as trucks spraying pesticides drive along the dirt roads of the camp. One summer my girl scout best friend and I noticed strange red lights emanating from across the park. We devised fantastical stories to explain the glow in the night sky, stories of Red Martians and the invasion of the rival Boy Scout’s Camp Tanah Keeta. As the years passed, the red glow became accepted, and like the trucks of pesticide, was not discussed.

Flash forward a decade or so, to my stint as a K-12 drawing teacher. I was reassuring a young pupil that she would not get lead poisoning from the shiny grey smears on her hands, and had the realization that although I knew that pencils were graphite and not lead, I didn’t actually know their history. I looked into it. The process started benignly enough, with a history that involved shepherds marking their sheep and graphite’s amazing properties as a cannonball lubricant. From there I began to make drawings that toyed with these histories. Following the trail from artistic to industrial uses, I started playing with its conductivity. This resulted in drawings that, with the help of electric currents, lit up LEDs. Wanting to explore this material further, I stumbled across an article that mentioned graphite was used in nuclear reactors. I do not pretend to understand nuclear fission, or for that matter life in general, but I do know that the very first reactor ever built used 771,000 pounds of graphite, which equates to a shit ton of drawings by third graders. This discovery was congruent with my arrival in Chicago, the home of that very heavy first reactor, known the world over as Chicago Pile One, CP1 to it’s friends. It was built in a squash court under the football field at the University of Chicago in 1942, but by 1943 the reactor moved to it’s current location in Red Gate Woods. 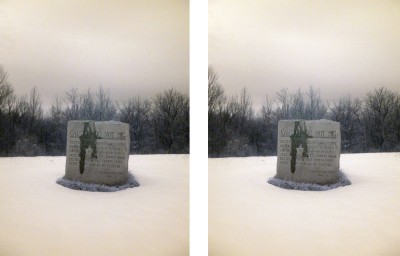 Part of the Cook County Forest Preserve, Red Gate is located just outside of the city. Marked by two monuments reminiscent of gravestones are Plot M, the first nuclear waste pile, and Site A, commemorating the burial site of the reactor. I was intrigued that these sites, visible scars on the landscape, are located within a nature preserve. Researching Red Gate Woods led me to look into the history of other parks and preserves. What I discovered was that many parks also share histories complicated by government regulations that seesaw between masking and exposing the manufacturing refuse of the past.

While digging through Chicago’s industrial burial grounds, I recalled those lights that in my youth I had attributed to boy-scout-abducting aliens. Prior to being a Florida State Park, the Jonathan Dickinson grounds had been Camp Murphy, a World War II training ground for the then highly classified radar system. In its heyday the site was made up of one thousand buildings, including a bowling alley. Remnants of those buildings can still be seen on the landscape. It turns out that in the mid 80s the state of Florida sold a parcel of land back to the federal government to build the Jonathan Dickinson Missile Tracking Annex. Atop a large microwave tower protruding from the northern section of the park was the source of the lights that had appeared that summer.

Even though I cannot visit these sites in person, I have developed a way of exploring them visually. Delving into materials made available by the Freedom of Information Act to question the shift that occurs when a place goes from restricted to public access, I create physical remnants of the unseen. In hand-drawn, layered photographic maps I ask, “What do we really know about the ground we walk on?”

You Can Take the Man Out of the Culture,...