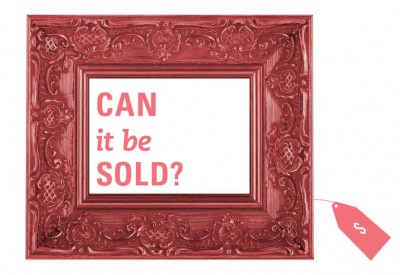 Diego Rivera’s “Detroit Industry” is perhaps the most striking work in the Detroit Institute of Arts (DIA). A twenty-seven-panel fresco cycle spanning the walls of the museum’s sky-lit Rivera Court, the piece was commissioned by Edsel Ford in 1932 at the height of Detroit’s industrial boom. The mural now stands as an ironic representation of an auto-manufacturing base that has all but disappeared from the city during a long economic decline, culminating in the filing of the largest municipal bankruptcy in United States history. One of the most publicly contested aspects of this collapse has been the repeated valuation of the city-owned art collection housed in the DIA, presumably for future sale. The institution’s world-class collection includes treasures like Rivera’s mural, works by Van Gogh, Picasso, as well as unique collections of African American and Native American art.

Despite a statement issued in early August by Emergency Manager Kevin Orr claiming that no art will be sold, a level of uncertainty remains as bankruptcy law might be used to override state laws banning the sale of assets held in charitable trust. Moreover, no doubt some Michigan residents remember their governor’s placating assurances of several months ago that the appointment of a bankruptcy lawyer as an unelected city manager was with the hope that the city could avoid declaring bankruptcy. This statement reinforces the deep uncertainty surrounding the future of the city and its assets, and what kind of measures will be taken to appease its creditors.

In addition to the appraisal by Christie’s Art Auctions, legislation to redirect taxpayer funding of the museum should the art be sold has cast further doubt over the fate of its multi-billion dollar collection. The overturning of a 2012 millage tax (a percentage of property taxes paid in Wayne and several surrounding counties by residents to directly fund the museum) threatens to remove a vast portion of funding for the DIA.

The seemingly astonishing potential measure of auctioning off the DIA’s art is underscored only by the urgency of Detroit’s financial situation. Without forthcoming aid from the federal or state governments to pay off its $18 billion debt, substantial cuts to city workers’ pensions and healthcare are expected, as well as the sale of numerous other assets, including city parks. Already spending cuts have hit the public safety sectors, street lighting and the public school system. However, a fire sale of art would surely prove an additional measure, and not an alternative to pension and other cuts.

In spite of Detroit’s grim finances, public support for the museum has been strong and extremely vocal. On August 15, a “Day for Detroit” was held in which 20 popular art websites and blogs expressed support for the museum by displaying many of the works housed at the DIA. In addition, there have been public performances and petitions to keep the art in Detroit. The museum also has the support of Michigan’s highest legal official, state Attorney General Bill Schuette, who has said in a statement, “The art collection of the Detroit Institute of Arts is held by the City of Detroit in charitable trust for the people of Michigan, and no piece in the collection may thus be sold, conveyed, or transferred to satisfy city debts or obligations.” Should the art be put on the auction block, it seems a long and complex legal battle would immediately ensue. The Detroit Free Press has reported that the DIA has indeed hired legal counsel specializing in bankruptcy to advise it through the appraisal and onward.

If industry could be considered Detroit’s indigenous culture, as the DIA claims it is represented in Rivera’s frescos, then it is experiencing a turbulent transition that has been decades in the making. Only a single auto-manufacturing plant remains within the city limits, and more than a third of the population has relocated. It seems cultural treasures such as the DIA could be lost in the void of debt faced by the city and its people. However, the rightful owners of the collection — the people of Detroit and of Michigan — are unlikely to sit quietly and watch as one of the finest art museums in the country is gutted for the benefit of large financial institutions to which the city government is indebted.

Arts & Culture, News Can it be Sold?
« Previous Story

Where Does Egypt Fit?