Where Does Egypt Fit?

The lasting impact of 19th Century racism on museological categorization. 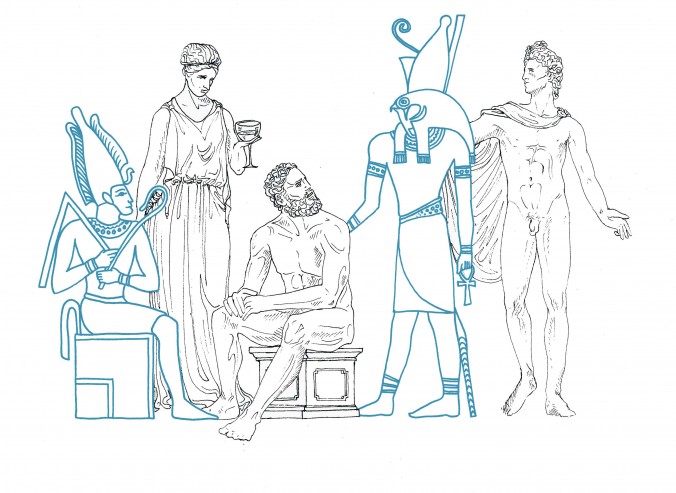 It may seem untroubling or even natural to see Egyptian art displayed alongside Greek and Roman art in collections at the Art Institute of Chicago (AIC), the Brooklyn Museum, the Museum of Fine Arts Boston and countless other museums. While these displays usually include work related to Greece and Rome from the Ptolemaic period (332 BC – 30 BC) or Roman Egypt (30 BC – 4th Century AD), they also show works from other earlier periods of Egyptian history. These pieces from pre-Dynastic, Old, Middle and New periods bear no historical or aesthetic relationship with the Greek and Roman material they are displayed alongside. Though some may be wondering what makes this classification an issue, the more pressing question is what makes these types of classification seem so natural?

Display decisions like this are not unique to the AIC, or any other museums. As the art historian and curator Theodore Celenko states in the introduction to the art historical survey “Egypt in Africa,” (1996) there is a “tendency of universities, museums and popular media to view ancient Egypt from Mediterranean, Middle Eastern, and European perspectives,” and “art and natural history museums in North America, Europe and Africa, with few exceptions, display ancient Egyptian objects in a location apart from other African material.” While this matter might seem like an exclusively conceptual issue, it is also a mind-state that Delinda Collier, SAIC professor and researcher of South African art, accurately describes as “so entrenched in the museum world that it’s a practical problem as well as a philosophical one.”

In the 18th, 19th and 20th centuries, prejudiced social beliefs influenced the early display strategies of just about any Western museum. Since its founding in 1887 to the present day, the AIC has classified its entire collection of Egyptian work with Greek and Roman pieces. While the AIC has likely stuck with these traditional display practices because its large holding of African art is from the 19th and 20th centuries (making them unrelated to holdings of Ancient Egyptian work), ideology did play heavily in some of its first classificatory decisions.

As the AIC curator of African art, Kathleen Bickford Berzock notes in her text “Changing Place, Changing Face: A History of African Art at the Art Institute of Chicago,” (2010) while speaking about the social factors that went into the essentialized cultural exhibits at the 1893 Chicago World’s Fair, “this telling separation of the West from the rest, and of ‘civilization’ from ‘nature,’ was reflective of entrenched societal beliefs.” She notes, “The effect continued long after the fair closed in the collecting and display practices of the Art Institute.” When the AIC began collecting African work, it saw it as inferior and undeserving of its own place within the actual museum collection. The first African work that entered into the museum was housed at the 1920s to the 40s in the Children’s Museum department. Bickford observes that this decision was informed by the thought that “African art would appeal to less mature sensibilities and, perhaps more significantly, that the work of its artists was comparable to that of children.”

European scientific racism of the 18th and 19th and 20th centuries invented and contributed to many stereotypes associated with Africa—conceiving it as a single place, with a single homogenized ‘race,’ that was apparently a-historical, incapable of achieving progress and of having any kind of history. This Eurocentric racism created a dichotomy between Africa and Egypt, in an attempt to devalue the complexity of African societies and take away any sense of achievement from the developments of darker skinned people. The influential Victorian Hamitic Hypothesis believed that a race of Caucasian, or light skinned people, had infiltrated Africa and established many North and East African civilizations. To Eurocentrists, this explained how Egyptian and North and East African societies could be so bureaucratically and technologically ‘advanced.’

Recently, new video presentations, display texts and a timeline have been installed in the AIC’s African gallery as a part of its relocation from the smaller gallery space where the Prints & Drawings collection is now located. While now in a larger, but even more remote location (at the end of a long hallway of “Asian” and “Indian art of America”) these video and text pieces establish a more nuanced context for the collection and dismiss a number of stereotypes associated with African material culture. While this is true, it merely hints at the idea of Egypt as a part of Africa and African history. It disregards a prime opportunity to present the biological and historical relationship between Ancient Egypt and its African context in an art historical setting.

As Berzock states, “At their best, museums are sites where art historical scholarship can be disseminated and applied, and where stereotypes can be dispelled.” In many ways the added display material, succeeds at displacing many stereotypes, but does not substantively address the relationship between Egypt and the other African cultures. It incorporates three documentary-style videos depicting an Asante kingship ceremony in Ghana, Christian ceremonies being performed in Ethiopia, a Ci Wara masquerade in Mali above a comparative timeline called “When in Africa, When in the World.”
Attempting to show that some art objects in the collection, like the Ci Wara headdresses, are still used in traditional performances that are constantly changing across each decade, Berzock explains that these video pieces were meant to evoke “the settings for making and using works of art.” To further combat the persisting 18th and 19th century stereotypes once perpetuated by the AIC, that African societies were a-historical and unchanging, this video intersperses footage from everyday life in industrialized areas of Ghana, with people cleaning their mopeds and chatting on cell phones.

Though the wall text in the exhibition depicts a large map of Africa with Egypt clearly labeled on it, one stereotype that the display did not displace was the idea that Africa and Egypt are historically unrelated. After interviewing seven randomly selected visitors in the gallery, each did not consider the link between Africa and Egypt, believing that Egypt was unrelated to Africa. As Celenko notes, one of the largest factors playing into this separation in the fields of both popular culture, common knowledge and museological practice is the ignorance in both America and Europe regarding the diversity of Africa’s thousands of societies, ethnic groups and languages.

The timeline itself does not focus on the history art and culture in Africa as much as it could have, especially in terms of artistic achievements. The few odd mentions of art throughout the 19th century onwards only include European and American art movements like Impressionism, Modernism, and Pop Art. The last mention of African art on the timeline is the Ethiopian Christian Renaissance (1632-1752). Though the only mention of Egyptian cultural production on the timeline is listed as an “African” event, one of the larger missed opportunities in the display material was to include various connections between Ancient Egyptians, Nubian, Sudanese and Ethiopian cultures.

Though the AIC does not have the same collection of art objects, it could have taken a page from the display practices of the British Museum and discussed the well-documented interactions between Ancient Egypt and Ancient Sudanese and Nubian cultures. Display texts from the British museum’s “Sudan, Egypt, and Nubia” room attempt to illustrate “indigenous pagan, Christian and Islamic cultures and the interaction between Nubia and Egypt” through works like papyrus fragments of an administrative document from a fort during the Egyptian rule of Nubia during the 12th dynasty and other related works. Its similarly structured “Ethiopia and Coptic Egypt” room features sculptures and paintings from the 4th and 8th century A.D. and a text stating that this exhibit displays the “history of cultural exchange and religious diversity” of “faiths and identities, which coexisted in Egypt and Ethiopia.” As the AIC video installation “Lalibela, Ethiopia, 13th Century St. George Church” depicts the enduring traditions of Christian Ethiopians, the timeline could have mentioned parallels between the establishment of Coptic (Christian) faith in Egypt and the establishment of Ethiopian orthodox Christianity in the 4th century A.D., as each had parallels through art and religious belief.

While this new display has some shortcomings, it is exciting think about it as a potentially non-binary method of display, which can unpack ideological baggage using art-historical considerations. While being unable to bridge the artifical gap between Egypt and its African context, this problem should serve as an impetus for improvement. Though the AIC does not have considerable amounts of Ethiopian Christian African, Ancient Sudanese or Nubian work, these displays open opportunities for curators and to address practical problems within collections and museological practice. It is crucial that these display practices be extended to other collections in both the AIC and other museums. Without this, it will be disturbing to note how little some display practices have changed since the 19th and early 20th century — it will leave the original ideology informing them unaddressed. 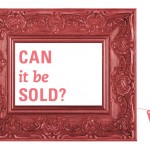