By F Newsmagazine May 3, 2013 Uncategorized

We should not limit freedoms of creation and speech when it comes to religion and politics, but at what point should students and professors be called out for not only racial insensitivities but for religious intolerance as well? In their Letter to the Editor in February, Black at SAIC criticized SAIC’s promotion of undefended work. We at SAIC Hillel would like to add to that by calling for a criticism on undefended discourse as well.

Some of us have not only been afraid to affiliate ourselves with Judaism in this school, but have been discouraged from creating artwork that identifies with our religious or cultural identities. When some of our observant students are criticized for ‘being a part of the root of all evil’ or stymied for expressing religious beliefs within their work, we become afraid to openly claim ourselves a part of the Jewish faith and culture. Such statements do not allow for a productive and open discourse about difference. Instead, they invoke silence on a voice that could contribute a great deal to the diverse community that SAIC has claimed to be.

Those who are observant among us miss a number of classes during the year due to our religious obligations on particular holidays. We do not miss these classes by choice—as some of our professors have been critical of us for. Our religious practices are as much a part of our identities and beings as any race or gender or culture might be.

In this regard too, we should not be looked down upon for our observant obligations, for keeping Kosher, for observing the Sabbath, for missing school on the holidays. If you do not understand and on default disagree with our practices, do not dismiss or judge us for them. With this in mind, for our core curriculum, we would like to suggest a heightened focus on comparative religion and cultural diversity.

We would also like to bring attention to historical insensitivity. When we hear a professor say that they are ‘up to their eyeballs in the Holocaust,’ or when a student tells us that there was a reason for Hitler and that we should just ‘get over it already’ we question the kind of community that SAIC is. Granted, the majority of this institution does not believe such things or accusations, but if there are select students who do, does that not also reflect poorly on our ability to promote difference and diversity within this establishment as a whole? We remember the Holocaust as a means of understanding how powerful indifference can be. Through remembrance we teach the importance of tolerance. Last year, with the assistance of the Multicultural Affairs office and various other student groups on campus we were able to host SAIC’s first Holocaust and Genocide Awareness Week. But a Holocaust and Genocide Awareness week should not be the sole responsibility of student groups. Rather, it should be the purpose of this institution to promote such an education annually. If people are sick of hearing about it, then perhaps we as an institution are not teaching the lessons we have gained from it correctly.

The exaggerated use of words like ‘Nazi’ within the classroom to reflect on a group of people or country negatively should not be tolerated, nor should the religious or political opinions of our professors, men and women who carry a significant power over the minds of their students, be voiced within the classroom.

In further instigating non-western, political, and religious classes within our core curriculum, we should also be monitoring our classrooms to ensure a balanced and non-biased dialogue among professors and students.

We wish that we did not have to hear the words “I am Jewish, but don’t tell anyone,” from various students within this school. The critical opinions that have surfaced within our classrooms and studios regarding religion should be open to debate and dialogue. It is time that this religious ‘taboo’ experienced by some of us at this school, be brought to the attention of this establishment and broken. 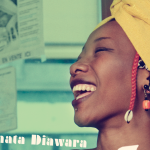 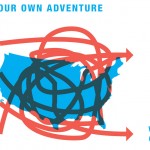