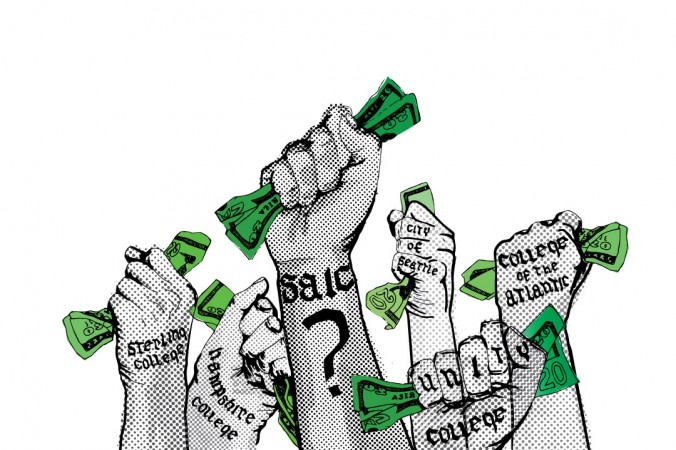 On February 17, approximately 50,000 people, including two busloads of avid Chicago activists, descended upon the White House to take part in “Forward on Climate,” the biggest climate protest in U.S. history. At noon, SAIC undergraduate Liana Li, a number of other Chicago students and I joined the crowd outside the Washington Memorial to call on President Obama to stop current and future construction of the TransCanada Keystone XL Pipeline extension. This extension is a massive $5.3 billion project that will create a direct route for the transport of crude oil from the Alberta tar sands in Canada to massive oil refineries in Houston, Texas, effectively bisecting the United States.

Enduring the 12-hour overnight bus ride from Chicago to D.C. wasn’t such a big deal for us, especially considering how relevant this pipeline and other climate-related problems are to our generation. In his most recent Rolling Stone article, “The Case For Fossil-Fuel Divestment,” Bill McKibben, a long-time environmental activist and author, warns, “It’s not just people at a distance who are in trouble here, though so far they’ve borne the brunt – young people, the kind of people you mostly find on campuses, are the next chief victims of climate change.” Frankly, this is what scares me the most. The fact is that it is US — our generation — who will experience the worst effects of climate change. Not our parents, not Obama, not our congressmen — but us.

Exactly how will this pipeline affect SAIC students? And what did this protest really mean? As students, we have barely enough time to eat and sleep, let alone worry about global levels of atmospheric carbon dioxide. Between our classwork, working two jobs and freaking out about student loans, how can we worry about the land and water rights of farmers in Nebraska? But the reality is that climate change already impacts our daily lives, and this impact will only intensify if we wait to take action. While it may feel nice, a 60-degree day in the middle of January is not normal. And the USDA just reported that food prices are currently rising and expected to rise even more due to 2012’s record-breaking drought in the Midwest.

For some of us, these issues hit home even harder. SAIC design student Jacob Goble grew up 10 miles from the Phillips 66 Wood River oil refinery in Wood River, IL. Since 2010, Wood River has received Canadian crude oil through the Midwest section of the existing Keystone Pipeline, and pending Obama’s approval, will be directly connected to the same Keystone extension that 50,000 people protested against in Washington, D.C., last week. “Knowing that the people I grew up with are breathing the chemicals being emitted from this refinery, which include sulfur dioxide and benzene, is unnerving,” Goble explained. “I care about stopping this pipeline expansion because I have experienced its effects first hand. The smell is enough to concern you, and since the expansion in 2010, it has only gotten stronger. We shouldn’t have to breathe air and live on land laden with harsh chemicals and nauseating fumes. Students at SAIC should care about this issue because this isn’t just about the present in Wood River Illinois — it is about the future of our generation.”

This isn’t something we should ignore or be too busy to think about. It is our responsibility — to ourselves, our peers and future generations — to start paying attention. We need to make an effort not only to inform ourselves about these issues, but also to speak up about them and do something. While the Keystone Pipeline is President Obama’s battle in our fight against climate change, a new nationwide college divestment movement is now ours. Yes, “Forward on Climate’s” primary goal was to convince the President to stop this pipeline, but it was also very much about building a climate movement, one that we can now use to tackle an even larger problem: the fossil fuel industry itself.

Based on the fact that burning fossil fuels is a primary cause of climate change, our new student group “SAIC for the Future” is asking the SAIC administration to publicly disclose any endowment funds currently invested in fossil fuel companies and to work with us to withdraw any investments we have in the top 200 most powerful fossil fuel companies. This campaign is called “SAIC Go Fossil Free” and is part of a nationwide push from over 250 student-led campaigns asking for universities to divest from the fossil fuel industry. The administrations of Unity College (ME), College of the Atlantic (ME), Sterling College (NH), and Hampshire College (MA) are committed to fossil fuel divestment and students from community colleges to ivy league universities have launched campaigns to ask their own administrations for the same.

Make no mistake, we acknowledge the complexities of fossil fuel consumption and college endowments, but the fact is that by investing in the companies who feed, push, advertise, and lobby for fossil fuel consumption, colleges and universities are quite literally profiting from worldwide climate disaster and public confusion around climate change. The Responsible Endowments Coalition recently reported “Collectively, colleges and universities have approximately $10 billion worth of stock in companies that extract and mine fossil fuels and another $5+ billion in other related companies: those that help burn, extract and transport them.” Taking our money away from fossil fuel companies publicly makes a moral, political and economic statement that, as an institution, we refuse to associate with the companies that fuel climate catastrophe.

To learn more about how to get
involved with SAIC Go Fossil
Free, check out our facebook at
facebook.com/SAICfortheFuture or read about the divestment campaigns
of other schools across the country
at 350.org. 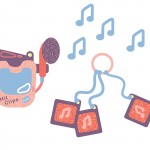 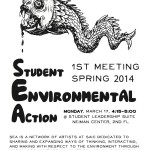 One Response to Does SAIC Invest Responsibly?