“…a friend in the theater company invited me to start Belmont Burlesque Revue with her. That’s when I started doing legit burlesque, and not just taking off my clothes.”

MsPixy, former member of the long-running Belmont Burlesque Revue, took burlesque to nerdier heights when she wrote and directed Boobs and Goombas: A Super Mario Burlesque in 2010 and Fellowship of the Boobs in 2011. MsPixy discusses her creative processes, her journey through the world of striptease, and her recent appointment as the first artistic director of Gorilla Tango Burlesque.

Nicole Rhoden: In this interview, should I call you MsPixy?

MsPixy: Yeah. I was actually an Ed Debevic’s waiter and Pixy was my waiter name. That’s how I came to choose MsPixy as my burlesque performer name. Stupid choice. Nobody can spell it.

NR: Is it important to separate your burlesque alter ego from other aspects of your life?

MP: The older I get, the more important it’s become. Anytime I take a “family friendly” day job, I make sure my boss is aware that I have an alter ego that’s engaged in adult entertainment. For me, it’s about making sure anybody I’m marketing to as MsPixy is 18 or older.

I haven’t run into a problem with it so far. It is something that I worry about, because it would kill me if I couldn’t work with my other, less scandalous — but equally artistically gratifying — commitments anymore.

NR: What first spurred your interest in burlesque?

MP: I’m such a stereotype. It was the musical Gypsy, and Gypsy Rose Lee. The musical is actually a terribly inaccurate representation of the real Gypsy Rose Lee’s life, but I liked that it was fun, sexy, and positive. I was like 16 [when I saw it], so it was scandalous but not too scandalous for little small-town me.

MP: It was shortly after 9/11. I was working at a theater company that did a regular performance of the Gong Show, and anybody could bring an act. I was really frustrated by all the companies that were using 9/11 as an advertising gimmick, so my striptease was a mini political protest. I wrote company slogans on my clothes, body, bra, and underpants, and I sang the national anthem a capella while I stripped. At the end of the number, I showed my butt and it said “BUY IT”.

I won that episode of the gong show, so I got to come back at the end of the season. [That] striptease was an interpretation of great works of art, starting with Whistler’s “Mother” and ending with Botticelli’s “Venus.” It was supposed to end with Rodin’s “The Kiss,” and another naked person was supposed to come out, but she got sick, so instead I lit sparklers and stood there naked staring at the audience [she laughs]. I was buck naked for that too. That was back before the days of sparkly panties and pasties.

From there a friend in the theater company invited me to start Belmont Burlesque Revue with her. That’s when I started doing legit burlesque, and not just taking off my clothes.

NR: In Belmont Burlesque Revue, you were often labeled “the funny one.” Why do you think humor is so crucial in burlesque?

MP: For me, humor is an important part of sexuality. If you’re going to love your body, you have to have a sense of humor about the things that are imperfect about it.

Also, the tradition of burlesque incorporates a lot of humor. It’s vaudeville’s dirty little sister. I don’t have any problem with all the other delightful kinds of burlesque out there that don’t rely on comedy as an element. I just did what I’m good at, and let’s face it, when I try and dance too hard sometimes I fall down, so I’m better off just being funny.

NR: Talk a little bit about the premises of Boobs and Goombas and Fellowship of the Boobs.

MP: [In] Boobs and Goombas, we created a reality for Mario and Luigi in which it made sense that everything looks like a woman. Mario and Luigi have been chasing the princess for so long that they’ve become sexually frustrated, so now everything they see, including each other, looks like [in an Italian accent] a “beautiful lady,” as they would describe it. They pursue the princess throughout the plot of the show. We go to the underwater and underground levels, we see the Goombas, and then of course they have a big, climactic battle with King Koopa.

Fellowship of the Boobs was interesting, because we did not use one existing plot structure. Instead I relied on the structure and archetypes one finds in role-playing games like “Dungeons & Dragons” and “World of Warcraft.” I also brought in elements from fantasy films and novels like “Labyrinth” and the “Lord of the Rings” series. Depending on what kind of nerd you are, you’ll recognize different references in the show.

I wrote that entire show without the use of gender pronouns. After creating a gimmick in Boobs and Goombas telling us why all the characters are women, I really wanted the gender of the characters in Fellowship to be a non-issue. That was kind of a writer’s exercise, a challenge I put to myself, to see if I could make gender not be a topic in a show about sexy ladies.

NR: That’s very progressive of you.

NR: Boobs and Goombas has been extended for over a year. Did its success surprise you?

MP: It surprised the hell out of me. We all thought we were putting together an eight-performance, four-week run, and it took off like a firework. I think it was the novelty of the concept that brought audience in, it’s a credit to the performers and to the Gorilla Tango Theatre that it’s still running.

NR: Now other directors are putting out shows like Boobs of Khan: A Star Trek Burlesque and Temple of Boobs. Do you feel responsible, and does it make you proud?

MP: It does make me proud, and at the beginning of October, when I became the first artistic director of Gorilla Tango Burlesque, I officially became responsible for new shows opening and overseeing the developmental processes.

I provide the directors with certain materials at the beginning, like a list of burlesque gimmicks and ways to incorporate their [striptease] numbers into their scripts in meaningful ways. Then I check in at various points throughout the process. [For example], I saw “El Mari Chi Chi: A Robert Rodriguez Burlesque” a month before it opened and did a fair amount of work with the director and the cast during that time.

NR: You’re also working on writing and directing another show of your own, “Superboobs”. How is that going?

MP: Pretty awesome. Right now, in our first month of the show’s development, we’re refining the script, brainstorming ideas, and having the costumes made and fitted. At the beginning of March, we’ll start doing scene work and choreographing the numbers. Hopefully a month out from the show we’ll have all the pieces ready to go. And then we’ll add glitter. 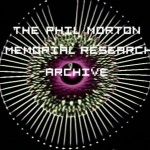 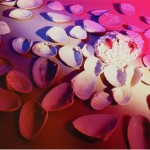