Hackneyed cutesy interplay (and I mean that in a good way). 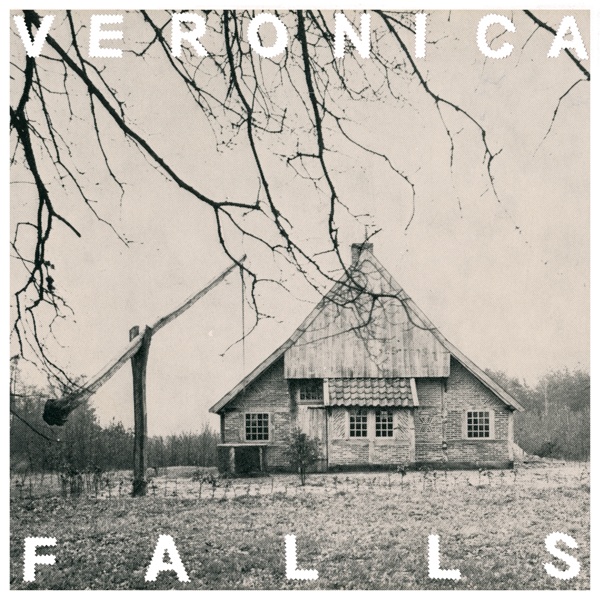 I’m thinking of the Texas Chainsaw Massacre. That shack that ol’ Leatherface called home — a house in the middle of a homestead riddled with bones and deteriorating corpses and bodies stuffed in iceboxes. I admit that I haven’t actually seen the film (horror movies are one of my chronic weaknesses), but the sentiment is something I can dig — primal fear harnessed vicariously, pumping the blood in your veins through heart and loins and engaging your flight instinct. Run. Run! RUN!

But despite the the severe looking shanty on the cover of Veronica Falls’ self-titled album, almost none of that get-the-fuck-out-of-Dodge reflex comes into play here. Instead of life-threatening fear, the driving force here comes from down-stroked basslines and hammered drums. The aesthetic is more beachy than backwoodsy, bolstered further by the strange wooden lever device, whose name I never knew but whose purpose I always knew was to lift cargo from dock to ship and vice versa. It’s that strange conglomeration of two overgrown twigs mounted together that gives a distinctly bizarre twist on the whole scene — there’s no apparent body of water, and the monotone, old-timey photo flattens any perception of depth, making it appear more like a giant trebuchet in the middle of a field.

Despite being in a minor key, “Bad Feeling” gets your toe-tapping as well as any other reverb-y jangle pop revival tune this side of the millenium. Before long the whole tune starts to run away in a fit of skeletal guitar chords and ghostly “oohs”, always hinting at the feel of the cover — sparse and spatial with a hint of creepiness. But then the best chord changes and pop hooks kick in and suddenly the whole track takes a turn for the hackneyed cutesy interplay (and I mean that in a good way) that stands as the trademark of any C86 highlight. The boy-girl harmonies seal the deal: suddenly the cover photo seems like nothing more poignant than the best centerpiece on the table at a dinner party — always a sideshow for the main course.

This is the meat of the album right here. “Beachy Head”, the band’s lead single, was released as a demo a year before their debut album and is more than likely the main reason for any clamor at all about the self-titled release. This is where Veronica Falls proves their mastery of pop instrumentation and vocal prowess. The track starts off like the last — with the clamor of jangly guitars and the same propulsive drumming — only with the distinction of its being significantly louder than the rest of the album. “Bad Feeling” takes a few moments to get off the ground, whereas “Beachy Head” is 100% thrust and liftoff from the get-go. The subtle sinister streak present in the rest of the album is almost overshadowed by the sheer growl of this 2 1/2 minute catharsis. That lack of subtlety doesn’t turn the track into a bludgeoning curmudgeon, though — all the intertwining guitar lines and dynamic harmonies are still there, only louder and with more beautifully crackling distortion.

If you couldn’t tell by my writing, the cover falls short of the kind of excitement present in the music. The vintage photo, devoid of context and/or people, has been done, which isn’t to say that it doesn’t have its uses — this album just isn’t ideal for it. I get it, though: Veronica Falls has a flash of gloomy, doomy air, like a black streak running through their surfy golden locks. But an album cover this austere might better serve the next witch house act. 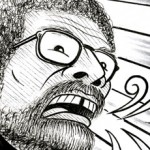 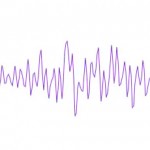