All four panelists were involved in individual projects that were closely related through their aim to connect to the community and activate physical spaces around Chicago and elsewhere. Jan Tichy’s Cabrini-Green Project explored the lasting effects of the Cabrini-Green complex, which has all been demolished except for a church and one last building, the site of Tichy’s project. Tichy ran workshops with young people, some of whom had lived in Cabrini Green, with the help of an organization called Cabrini Connections. Together, they composed poems and texts that were processed through a software that translated the words into blinking LED lights. Tichy plans to install the LEDs into the vacant building a day before the 4-6 week demolition begins, with the lights slowly disappearing along with the building.

Dyson described her current project, also a work in progress, titled We Glow In the Dark. The “sustainable interactive sculpture” is a product of a collaboration with the youth of Philadelphia’s Mural Arts’ ArtWorks! Program. The mobile sculpture unfolds into three interactive platforms where people can gather and interact with each other as well as the object itself. Its design was driven by conversations with the young people in Philadelphia. Dyson was interested in creating a public artwork that wasn’t a mural on the wall, but a stage: “It had to function,” said Dyson, “architectural sites are so fragile, so fleeting in this time of public attack.”

MFA Sculpture candidate Ben Stagl followed, presenting an unfinished proposal for a public square in front of Metropolitan Correctional Center, located in the Loop at Clark and Van Buren. The project, titled Prison Without Bars, was part of a Public Light and Space class taught by Jan Tichy in Spring 2010. Stagl wanted to activate the space and address the architecture it was connected to. He attempted to do so through three interactions with the space, which he described as stanzas. Looking to address the presence of the prison and those within it, he aimed to create an act of solidarity and recognition. One way he proposed to do so, by reflecting light onto the building’s facade with mirrors, prompted critical conversation from some in the audience who questioned the gesture and validity of connection made between those outside and those inside the federal prison.

Last to speak was Michael Perry, the Program Project Coordinator of the Chicago Loop Alliance and Pop-Up Art Loop. Perry addresses the alternate side of community engagement through Pop-Up Art Loop, a program that installs art into vacant Loop storefronts. With 19 active spaces to date, the program allows for artists to interact with the public on a level that is not often accessible by placing art in highly trafficked downtown windows and spaces.

The evening produced many engaging ideas of how art can engage the community. The three artists and Perry expressed a genuine commitment to using technology to generate collaborations with the people who exist in the spaces being affected. Dyson articulated the groups’ individual goals aptly when she stated, in terms of her own project, “It’s really about this pluralistic way of exchanging and interacting on a public level.”

On The Possibility of What Isn’t: A Public Interview With Robert Pippin

SAIC’s chapter of Platypus, a national Leftist group that describes its purpose as a “project for the self-criticism, self-education, and ultimately, the practical reconstitution of a Marxian Left,” had the privilege of hosting a public interview with Robert Pippin on Monday, March 14, in SAIC’s Maclean Ballroom. Pippin is the Evelyn Stefansson Nef Distinguished Service Professor of Social Thought and Philosophy at University of Chicago, where he currently teaches. Third-year sculpture student and SAIC Platypus leader Omair Hussain conducted the interview in front of a large audience, comprised of very few SAIC students.

Pippin is the author of several books, including Hegel on Self-Consciousness: Desire and Death in the Phenomenology of Spririt and Nietzsche, Psychology, First Philosophy. His primary academic focus is, according to his page on University of Chicago’s website, “the modern German philosophical tradition, with a concentration on Kant and Hegel.”

The interview immediately delved into the questions at hand: what is critical theory and what should count as critical theory of society? The first half of the interview was a consistent back and forth between Pippin and Hussain, during which many questions were raised and few answered through a discussion that seemed well practiced. Hussain soon steered the discussion toward art, drawing a parallel between the rationale of critical theory of society and the question, “what is a critical practice?” Pippin explored Hegel’s stance on art, which includes four subcategories: Pre-art art, art-art, post-art art, and non-art.

The evening covered an immense range of theories and theorists. Supplementary texts were provided beforehand through a Facebook event page, which aided those who may not have been familiar with the subject matter. Pippin and Hussain waded through the subjects of problems of freedom, bourgeois self-hatred, and human subjectivity. Roughly one hour into the interview, the formal volley between Pippin and Hussain dissolved into a much more casual and challenging conversation as Pippin challenged Hussain to defend his ideas while, in turn, rejecting some of them. Throughout the evening, Pippin was not shy to express his own opinions, claiming instillation as “boring and played out,” and that the most exciting things in art today could be found in photography and video.

The evening ended with a question and answer session from the audience, prompting such demands as “Revolt or revolution?” from one student.

Yael Bartana Questions Reality and Fiction at Conversations At the Edge

On March 10, video artist Yael Bartana spoke in front of a nearly full house at Gene Siskel Film Center, part of SAIC’s Conversations at the Edge (CATE) lecture series, hosted in conjunction with the Visiting Artist Program. Gregg Bordowitz, Chair of Film, Video, New Media, and Animation at SAIC, introduced Bartana, describing her work as “at home in the cinema,” though her videos are usually presented in a gallery setting. He emphasized the poetic and heraldic nature of her work, which became evident as the lecture progressed.

Bartana was raised in Israel, where she got her BFA at the Bezalel Academy of Art and Design, after which she stopped making art for four years. She returned to art-making through activism after receiving an MFA from the New York School of Visual Arts. Bartana explained that her return to art was an effort “to understand and analyze my perspective and what it means to grow up in [Israel],” and thus, her video work began to function as a catalyst for an anthropological investigation of identity and rituals.

Bartana’s current project, the creation of a Jewish Renaissance in Poland, plays with fictional movements addressing real problems. The Jewish Renaissance is an effort to attract 3.3 million Jews to return to a country that dispelled just as many people in the Holocaust. The first part of the screening and lecture focused on five videos, all shot in Israel, each depicting a sort of ritual. The films are rooted in Israeli culture and daily life, and are shot in a way that leaves viewers questioning what is real and what is pretend. In Wild Seeds, Bartana films teenagers playing a game where they pretend to be protesters who refuse to leave their settlements. In Kings of the Hill, crowds of onlookers watch as men charge sandy dunes in jeeps and SUVs, determined to climb to the top of impossibly high crags. Summer Camp shows Israeli volunteers rebuilding a home destroyed in Palestine with the Israeli Committee Against House Demolitions. Additionally, Bartana shot and edited a Zionist propaganda film from 1935, even using the same score in an effort to challenge the ideals of both organizations.

The second half of the evening featured two films made in collaboration with Polish activist Slawomir Sierakowski. In Mary Koszmary, Sierakowski dramatically enters a stadium. His face looms over the viewer, in front of the open cloudy sky, as he gives a speech that Bartana had asked him to write inviting Jews to return to their native home. “Heal our wounds and you’ll heal yours!” he cries. “We need you! … Without you, we will remain locked in the past.” He speaks to an audience of children with red scarves tied around their necks, who stencil across the field: “3,300,000 Jews can change the life of 40,000,000 Poles.” When he finishes, the sound of children’s clapping erupts, and they walk around the field in Olympian style. The second video, Wall and Tower, showed a group of Jewish settlers building a Kibbutz and settlement where the Warsaw Ghetto once stood. Polish language lessons are given and a flag depicting a Star of David behind a Polish hawk emblem is raised, as Poles wander the area outside of the tall walls, confused and intrigued.

Bartana’s Jewish Renaissance movement comes complete with a manifesto and instructions on how to build a Kibbutz. While the movement itself is fictitious in nature, Bartana claimed, “Reality is ahead of me.” Bartana will be the first non-Pole to represent Poland at the Venice Biennale this summer, which caused a slight scandal in Israel. She claimed that Israelis might consider her a “traitor.”

Bartana’s work creates a powerful tension between art and activism. It is playful and theatrical at times, eerie and intense at others. She does not expect the Jewish Renaissance to actually inspire 3.3 million Jews to return to Poland, but she hopes it will “prompt conversation,” about the current state of affairs in Israel, as well as abroad. Bartana searched for words as she spoke, bravely calling for the “citizens of Israel to wake up. How did we become so nationalistic and ignorant and racist?”

The last slide of Bartana’s presentation, taken from a performance piece where a woman dressed in black read the Jewish Renaissance of Poland Manifesto in German in front of an aggressive red background, showed an image of what had become the movement’s slogan. At that moment, “And Europe Will be Stunned” lit the theater in dramatic red neon cursive, a striking visualization which powerfully highlighted the impact of Bartana’s ideas.

For more information about Conversations at the Edge, visit blogs.saic.edu 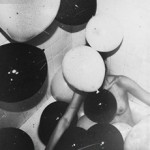 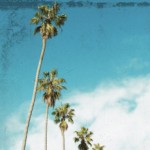 F IS GETTING LIT THIS SUMMER!