Lisa Freiman describes the challenges and rewards of being the Senior Curator at the Indianapolis Museum of Art.

On Monday, February 28th, the Visiting Artists Program invited Lisa Freiman, senior curator and chair of the Department of Contemporary Art at the Indianapolis Museum of Art, to speak to an eager audience in the Columbus Building Auditorium. Freiman was introduced with a few heartfelt and grateful words from Lisa Dorin, the assistant curator of contemporary art at the Art Institute, who praised Freiman for how she has “literally transformed the landscape of art” in Indianapolis throughout her eight-year tenure at the museum.
Freiman began her lecture by explaining that she was taking an alternative approach to her presentation, by adopting a more “conversational” tone, as opposed to reading an academic paper.

Her lecture was titled “What If” and centered on the curatorial practice of imagining something and making it possible. The tone of her presentation was honest, straightforward, and pleasantly colloquial. Freiman was excited to describe the challenges she was faced with when arriving at the IMA: “I cried when I made the decision to go to Indianapolis. It was not a joyful decision,” she remarked to a humored crowd later in the evening. When she arrived at the IMA, which had undergone a recent renovation and expansion that resulted in a building that Freiman seemed continually apologetic for, she described her goal as naively wanting to “put IMA on the international art map.” She arrived in Indianapolis with a “missionary zeal,” feeling as though she was truly needed there in a way she would never be needed in New York or LA. 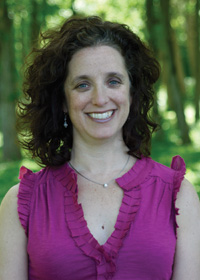 Immediately Freiman tackled the challenge of creating a stronger relationship between exhibitions and acquisitions. She described the IMA’s situation with humble honesty. “There’s no going back,” she said, in terms of acquiring important works of art. “There’s no way we can get the great Pollock’s like you have [at the Art Institute].” Her job became about survival and the ethical responsibility to build the collection on works of art being created now. She created a program that took donated funds to commission works of art for different areas of the museum, such as the expansive and “egotistical” newly-built entry pavilion. With those funds, two pieces are commissioned a year, which then become part of the museum’s collection. She also rejected the “ghettoization” of isolating Indianapolis artists, choosing instead to show them alongside national and international artists.

Another accomplishment Freiman proudly described was the 100 Acres art and nature park, (which she divulged was really only 96 acres) in which eight commissioned works currently respond to their location. Freiman plans to continue inviting artists to come and install works in the “different kind of sculpture garden.”

On top of all of these accomplishments, Freiman was selected this year as the commissioner of the U.S. Pavilion for the 54th Venice Biennale, which opens in June of this year. While she was not at liberty to speak extensively about the work that will be shown, she gave the audience a series of photographs in various combinations as clues for what to expect. Among them were photos from film adaptations of Kafka’s Metamorphosis; Oldenberg’s Lipstick sculpture; and a photograph of a speeding tank, positioned next to a photograph of Dan Ryan sprinting down a track, next to a photograph of a Greek vase. The most intriguing set of photos was a Hybrid Solaris tanning bed with a model in it adjacent to a photograph of the Emancipation Proclamation.

From what Freiman was able to give the audience, it seems that the work will question the visual representation of the United States, with artist team Jennifer Allora and Guillermo Calzadilla taking on the challenge of making art that Freiman described as partly “self-deprecating, with integrity.” Freiman, against the advice of her publicist, expressed genuine surprise that her proposal was selected due to its challenging and perhaps hard-to-swallow attitude. 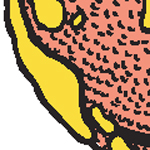 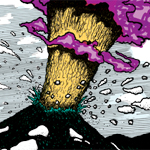 One Response to Lisa Freiman, “self-deprecating, with integrity”