F sits down with Michael Stuhlbarg, the lead actor of the Coen Brothers’ latest film, A Serious Man…

F sits down with the lead actor of the Coen Brothers’ latest film, A Serious Man 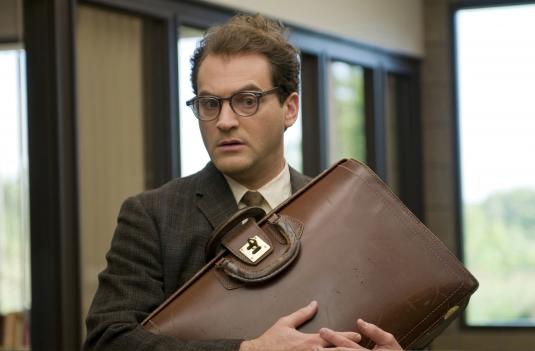 In A Serious Man, the Coen brother’s have woven their sinister sense of humor with humane sympathy in what might be the most personal glimpse into the brother’s upbringing. Chicago Tribune critic Michael Phillips asserts could be the brothers’ “Jewish revenge on Lutheran Minnesota.”

The story is centered around Larry Gopnik, played by Michael Stuhlbarg. Gopnik is determined to find solace, and become “a serious man.” In spite of his geniality, it seems God is intent on punishing Larry for something. The man his wife has been having an affair with kicks Larry out of his own home. His children only call him to ask that he fix the cable. Things get worse with each minute.

Stuhlbarg thought of Larry as “a sort of ‘everyman’ in the eye of the hurricane throughout the course of this story” who is continually tested spiritually and mentally. While it does reference the Jewish faith repeatedly, Stuhlbarg’s feeling is that the film is “ a very human story” and that Judaism is only “suggested as a texture…it’s a human story within a Jewish community.”

The Coen brother’s process enabled Stuhlbarg to function as a collaborator. “Once they find who they want… they basically leave it up to the actor to ask questions,” a method that Stuhlbarg found “wonderful and scary.” In having license to make his own decisions, Stuhlbarg was able to manifest the role in a way that only he could. “We learn things as actors… that even the writers don’t know about their characters.”

Even when it seems that things could not get worse, Stuhlbarg’s Gopnik shows remarkable restraint. “I felt like Joel helped me monitor that. It was my responsibility to push the envelope. If I would perhaps go a little too far, and if it felt natural I would embrace that. If I found myself going too far, the next time it wouldn’t happen. I tried not to censor myself.”

Stuhlbarg says the brothers “provided [him] with absolute latitude. They never questioned what I did; they just provided me with other options. I threw myself into it and tried to keep myself open.”

Stuhlbarg also loves working in theater, and looks forward to returning to it. “It’s just at the moment, I find myself offered a lot of film and television work. It gives me a different rush when you’re in front of a live audience. I hope to go back and forth between the two.”

The two practices, he says, are “similar in so far as that with both it’s my job to bring a character to life as thoroughly as possible.” There is a major difference in terms of time, though. “Often times, with theatre you’ll have three to four weeks to rehearse. With this film, we had two days of rehearsal before we started shooting. Films are often shot out of sequence, so part of Stuhlbarg’s challenge is to be aware of “whatever the arch of the history of the character is. I have to know what I’ve lived through to create the most substantial and thorough performance that I can.”

Stuhlbarg feels that while the film is aesthetically congruous with the rest of the Coen Brothers’ body of work, A Serious Man also stands alone. “I think [the film] is a cousin to Barton Fink and the Big Lebowski. There’s the fantasy and dream sequences of Lebowski, and you’ve got the central character of Barton Fink. It stands unique to them as well.” 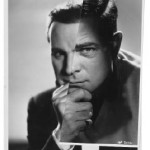