In some ways, Vietnam is a long section in a history book for me. I didn’t live through it. The most I’ve felt was ambivalence. But Jeffrey Wolin’s show Inconvenient Stories, which runs from October 13 through December 17 and focuses on Vietnam veterans and their post-war lives, would not let me be indifferent.

I met a Vietnam vet last week. He was a big talker named Manny from the North Side. I rapped with him at the Bel Air Lounge for an hour. He bought me a beer. There was one other, a guy named Dale who used to hang at the YMCA in Youngstown when I was a kid. He didn’t talk much—a nice guy—but word around the way was don’t get him mad.

When I went to the Museum of Contemporary Photography at Columbia College and saw all the photos arranged around the first floor, I didn’t know how it was supposed to make me feel. In some ways, Vietnam is a long section in a history book for me. I didn’t live through it. The most I’ve felt was ambivalence. But Jeffrey Wolin’s show Inconvenient Stories, which runs from October 13 through December 17 and focuses on Vietnam veterans and their post-war lives, would not let me be indifferent.

As I entered the museum and learned what was on display, I started thinking about all those stories I’d heard, about the ones that couldn’t make it after the war; the guys who copped heroin to deal when they came back; or all the vets living in cardboard houses in Griffith Park in Hollywood, showing people their Agent Orange scars, the night sweats; and the guys who had to leave their wives because they kept trying to strangle them in their sleep. This was my frame of reference.

But the photos I saw were humanistic in a way my preconceptions weren’t. The work in Inconvenient Stories couldn’t all fit into those conventionally sensational horror stories, nor could they be wedged into the heroically bland, Born on the Fourth of July-story types. Each photograph showed a different vet as he looks today, coupled with a small photo taken during the war. And next to all of them were the framed texts of an interview the artist did with his subjects.

Some of the scars still showed on their faces. Some looked like they’d made peace with it all, like a man pictured with his arm around his son in the backyard of some suburban home. Another was decked out in a minuteman outfit—the accompanying text said that fighting in Vietnam was perhaps the highlight of his life.

In one photograph, a man named Larry Heinemann sat at a diner table behind a mug of beer, a pack of smokes, and an ashtray full of butts. A baseball cap that read “Wabash Steel” lay on the table in front of him. In the text, he said that the day after a napalm attack, everything looked like an antique, all covered in white powder.

David Cline said that a lot of what war is about is giving up your enemy’s humanity. He said the first time he killed someone in battle, he stayed up thinking about the guy’s girlfriend, his mother—his humanity. He concluded that in war he couldn’t think that way. He had to blind himself from the humanness of his enemy.

Timothy Bagwell came back to the U.S. and became vocal against the war. He gave back his medals. He now wears his hair long and gray with a matching beard. He looks disenchanted with it all, but proudly wears a T-shirt that reads “Viet Nam Vets Against War.”

R. Michael Rosensweig, a big, bald guy in blue jeans, squats down in front of his truck. The front license plate reads “Vietnam Vet.” He said he got off on the adrenaline of the war. After his first tour of duty, he was walking down a street in Baltimore and heard a car backfire. He dove to the ground and yelled, “Incoming!” As Rosensweig recalled, the next day he went to the Pentagon and asked to be sent back. He wasn’t ready for what most people call “civilization.”
Charles Brown appeared relaxed in a Big Daddy T-shirt. He tells of the soldiers who took to cutting off the ears of dead Vietnamese soldiers, and how some guy named Buddha taught him how to do it more efficiently.

Benito Garcia stands in front of a graffiti-covered wall. He admits that for years after the war he could not get to sleep and stay asleep unless he was passed-out drunk.

Some of the stories are tragic, some more hopeful, and most of them painful. But Ned B. Ricks was able to add some levity to the horrors of war in his own way. After being transferred to a new unit during the war, he was immediately informed that he would serve as First Sergeant for the company, because the last one had been shot, intentionally, by his own men. His story read that he had just been placed in charge of “200 men who’d just voted the last guy out of office severely.”

I don’t know what stories Manny or Dale have to tell about their experiences, or even if they want to think of them. But I get the feeling they, too, might fall under the heading “inconvenient.” 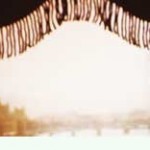 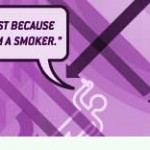