Seduction of the innocent, Dave Hickey charms his way through his standing-room-only lecture

Dave Hickey is a popular guy. So it’s no wonder, with articles in countless publications, two art school must-read books, and a MacArthur Genius award to his name, that over five hundred people showed up for his October 11 “Art After Criticism” lecture at the museum.

Dave Hickey is a popular guy. So it’s no wonder, with articles in countless publications, two art school must-read books, and a MacArthur Genius award to his name, that over five hundred people showed up for his October 11 “Art After Criticism” lecture at the museum.

The crowd came hours early to stand in a line that stretched down the entire block and around the corner. Inside, the 300-plus seat Fullerton Auditorium was packed when SAIC Art History Professor James Yood gave his introduction, proclaiming Hickey the rare breed of art critics who “walk the walk and talk the talk.”

Hickey took the stage amid a torrent of applause, and the audience’s patience was rewarded by a speech full of Hickey’s trademark humor, snarkiness, and eye-opening meditations. He began with a joking disclaimer, issued in a slight Texas drawl and accompanied by grand hand gestures and flourishes—he explained his goal was to share information and ideas, to enlighten. Please don’t be offended, he joshed, “it’s not bitterness; it’s simple elitist contempt.”
Then he launched into a critique of critique. That is, his dismay with “criticism that tells you you can’t believe your eyes.” Specifically, critics who attempt to do the conceptual interpretation for you, to preempt the viewer’s take on a work of art by explaining it themselves. Apparently, that’s what you get for a nation that’s pumping out cognoscenti faster than you can say “master of fine arts.”

For Dave Hickey, there seem to be two eras in the grand scheme of the art world — before the 1970s, and after. The double-edged sword that marked the end of the first and the beginning of the second was Richard Nixon’s 1973 expansion of the government-funded National Endowment for the Arts (NEA). Hickey’s resentment of the NEA stems primarily from his rebellious hipster sensibility, which has fallen out of fashion since the ’70s. Hickey is convinced that the present day art world is an authoritative, hierarchal parental structure.
Hickey spoke of the old era with fondness, when he used to own a gallery called A Clean, Well-Lighted Place, and of the art stars who passed through. He alluded to “good drugs and better sex,” and proclaimed, “I had more fun in 1974 that you had in your whole lives.”

Hickey’s blatant nostalgia about art worlds past includes the ’50s and ’60s, when abstract expressionism and pop art were in their hayday and the scene was significantly smaller. According to Hickey, everybody knew everybody in the New York City art scene back then—rubbing elbows with Edward Ruscha and Andy Warhol. Then came Nixon’s NEA bombshell, a shiny gift horse that would change the art market forever. The National Endowment for the Arts, established first in 1965, has been criticized for supporting only Western art in its beginning and struggling to keep up with the avant-garde in the ’70s, a cardinal sin to someone like Hickey.

“One of the primary challenges of high art in this century is its difficulty,” explained Hickey. “Now, difficulty is required, but understanding it is not.” He spoke of how the NEA enabled people who knew “abso-fucking-lutely nothing about art” to turn their incompetence into cash flow. Commercial photography became art photography, television became video, movies became “like, really arty films.” Knowledge of art and artists was no longer important. If you didn’t understand it, it must be art, and you can just stand next to it and soak up the glorious juices of the “art world,” as any observer of museum-goers on a Tuesday can attest.

Hickey described how anyone was suddenly able to show anything they wanted. You could be walking down the street in winter and go inside a gallery to find a pile of frozen leaves on the floor and two guys in the back writing grant proposals. NEA money allowed non-commercial art, created at the whim of the artist rather than as a commission for a buyer, to flourish for the first time ever. Hickey specified this is not to be confused with art that doesn’t sell (think of a dealer walking into a room, exclaiming, “What the hell is that?!’ ‘Why, it’s five hundred vibrating dildos arranged in a grid!”). “Non-commercial art doesn’t sell, and it’s proud of it,” he said.

The popularity of installation and performance art grew, practices in which money payed resulted merely in the viewer’s observation of the piece, rather than physical possession of it, like a painting. Hickey resented this trend, as artists no longer had to cater to independent dealers. They could build up a resumé and get grants from the government instead, and artists no longer had to use the underground railroad of Manhattan’s studios, bars, and bookshops. The system of checks and balances in the artist-dealer-collector- museum hierarchy disappeared in the face of a new, complex “system of investments of attention.”

“The function of art is basically political,” said Hickey. “To create constituencies of people who like the art that I like.” These “constituencies of beholders” create the value of artworks themselves. In Hickey’s version, if a collector purchases a piece of work, he guarantees that due to his investment, he will pay more for the next piece by that artist he buys. Hickey described how these “beholders” become responsible for defining “good art” simply by consensus of opinion. They vote, so to say, with their attention and financial participation.

As a result, institutions that rely on the public’s admission fees are only binding themselves tighter to what Hickey would describe as a bureaucratical super structure. Any personal curatorial tastes involved are secondary, claimed Hickey. “Art Forum can’t just say, this is crap, let’s just not publish in August,” Hickey exclaimed. “The Whitney can’t say, let’s just leave the third floor open.”
He expressed his dismay at the components of these powerful groups. He complained that there were no “volunteers” left, that if one were to subtract those who receive salaries—professors, curators, and, yes, critics—the present-day cultural authority would be far less influential.

Hickey went on to attribute the “degradation of critical discourse” to the transition from “territorial” (read, pre-NEA) to “tribal” (nowadays) in the art community. He scoffed, “if everybody eats steak and you eat chicken, you’d better order a steak. That’s community.”

He even took a swipe at art school education. Students are graduating with $240,000 in debt, tied socially and monetarily into “the banality of mercantile society,” creating even greater distance between the “art world” and the “real world.” “A quarter of a million dollars for a piece of paper?” he exclaimed. “Why don’t you buy a deKooning drawing? Don’t even think about all the drugs you could buy with that money!” But governments can be as transitory as artistic trends. “I was happy when the NEA started,” said Hickey, “and happy when it failed. It had become a two-bit entitlement for two-bit professors from Mississippi.”

Maybe this will all usher in a new era for a grassroots method of artistic dissemination. Or maybe critics and the artistically cautious masses will manipulate it into oblivion like a kid burning ants with a magnifying glass. As Hickey said at the end of his lecture, “We explain art to death, and then we wonder why it disappears.”

Uncategorized Seduction of the innocent, Dave Hickey charms his way through his standing-room-only lecture
« Previous Story 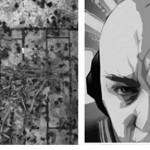 Much more than teepees or totem poles