Nick Lowe on the Representaion of AIDS

At the Cultural Center’s current exhibit, “Pandemic: Imaging AIDS”, Nick Lowe conducted a gallery talk regarding the past and current state of AIDS as a subject within contemporary photography.

At the Cultural Center’s current exhibit, Pandemic: Imaging AIDS, Nick Lowe conducted a gallery talk regarding the past and current state of AIDS as a subject within contemporary photography. Lowe, an Instructor in SAIC’s Arts Administration Department, has done extensive work on AIDS as a subject within art AIDS was officially named in 1981, at the beginning of the worldwide epidemic that is still killing millions. Since then, artists have continually expressed emotions towards this raviging disease. However, Lowe points out that Pandemic: Imaging AIDS is the first major touring AIDS show in the last ten years. He asked the crowd, “What has changed in these ten years? Where are we as a society today compared to past decades?” Most importantly, Lowe says, “The demographic has changed.”

Today AIDS affects people of all types. Also, various treatments have drastically changed the experience of AIDS patients, to the point where they are able to live without visible signs of illness. As a result, representation of AIDS victims has changed and will continue to change. This change is evident in the photographs displayed in the exhibit, which span the entire existence of AIDS. In the earlier years, representation of AIDS patients was very stereotypical, and usually negative. Gay men were almost always the subjects, often times setting up a voyeuristic relationship with the viewer. As Lowe states, photography at that moment was difficult, many times desperate to depict a “victim.” He says, regarding many early AIDS related photographs they “fail to show the essence, only the elements.”

However, as we progressed into the ’90s, artists began to use their voice to break the silence. Many taboo subjects surrounding AIDS were being put out for the world to see and understand. The person or “victim” no longer became the focus of the imagery. AIDS was put into context by showing the world surrounding it. Stories were being told, feelings were explored, and issues of loss and disappearance were at the forefront of many artists’ work. Artists put detailed information into the lived experience of so many AIDS patients.

Ultimately, Nick Lowe wants to keep looking towards the future. Advances in the fight against AIDS will be made, and artists will need to be there to document and comment on the situation. Targeting the mainstream media will be essential, Lowe points out. We must have access to knowledge and information about AIDS. AIDS will continue to be redefined, especially those of the media. Nick Lowe and Pandemic: Imaging AIDS reminds us of the importance of the artwork surrounding AIDS since the early ’80s, as wells as the crucial role artists will continue to play.

Uncategorized Nick Lowe on the Representaion of AIDS
« Previous Story 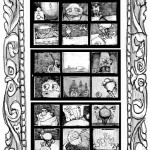 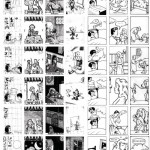