Read ’em for the Pictures: A Peek Inside the Flaxman Library Special Reserves

While the special reserve collection at the Flaxman Library began as a glass display case containing rare, out of print, autographed or unusually bound books not suited for normal shelf life, it has expanded over the years to include books that tend to fair poorly in the stacks due to theft and vandalism. I’m talking about the dirty books. 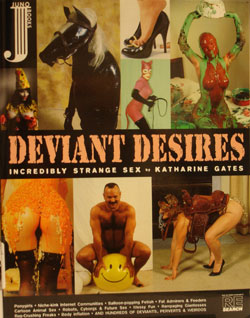 My undergraduate stint working in an art library afforded me a, shall we say, intimate experience in the mysterious world of Special Reserves. It happened regularly that a stymied student would approach the counter confused as to why he couldn’t locate a particular Tom Of Finland book in the stacks. “Right this way,” I’d say, plucking the pen from his hand, replacing it with a pencil, and swinging open the magical gate separating the staff from the patrons.

While the special reserve collection at the Flaxman Library began as a glass display case containing rare, out of print, autographed or unusually bound books not suited for normal shelf life, it has expanded over the years to include books that tend to fair poorly in the stacks due to theft and vandalism.

I’m talking about the dirty books.

Does this mean the library censors all flesh-parading books by keeping them squirreled away from the public? “Of course not,” says Flaxman Librarian Holly Dankert, who reassured me that maintaining access to the collection is essential to the library’s mission. Certain books and magazines, however, just seem to invite trouble and warrant an added degree of protection. Deciding which books qualify is hardly an exact science but it is an interesting exercise in psychology. Titles with a history of defacement are obvious keepers, and astute librarians learning from these examples over the years have concluded that the way a book presents itself determines how patrons will react to it. While an instructive manual on nude figure drawing isn’t likely to take a beating, for some reason provocative books with a tantalizingly illicit aura appeal to readers’ ignoble instincts. For all our art-student urbanity, it seems we haven’t fully escaped the old playground attitudes to sexuality and until we do, these books will live in special stacks behind the circulation desk, retrievable only by the pleasant library staff.

The Flaxman, however, is more generous than my old library where we made nervous patrons read under a watchful eye in a reserved seating area. Here books may be read anywhere in the library–they just can’t leave the building. (Warning to those who see the library collection as a clip-art resource bank: all books, especially special reserves, are carefully inspected upon each return and hefty fines are in fact meted out to desecrators.)

Last week I browsed the special reserves stacks and found out what all the fuss is about. In addition to fragile and uniquely formatted books, both racy and not, the stacks also house difficult-to-replace periodicals on piercing, tattooing, and fetishism to which only a handful of libraries subscribe. Below are some of my favorite finds: books to read without shame at the big common tables. Those with a little extra time can also pay a visit to the Joan Flasch Artist Book Collection for one-of-a-kind books and assorted naughty ephemera, including “post-modern pin-up” postcards and playing cards by the inimitable porn goddess Annie Sprinkle; an “adult” connect-the-dots activity book based on the drawings of 19th century British humorist Thomas Rowlandson; and a felt condom by the cheeky “Beuyscouts of Amerika.”
Enjoy! 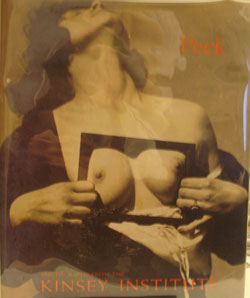 Peek: Photographs from the Kinsey Institute

Thanks to Bill Condon’s recent film Kinsey, the public is a little more familiar with the infamous Alfred C. Kinsey, legendary Indiana University biology professor who helped pioneer the field of sex research. His groundbreaking 1948 study, Sexuality of the Human Male, probed the intimate behaviors of survey subjects to reveal a shocking chasm between what Americans do in private and what they think others are doing. Yep, we’re bunny rabbits, all right–bunnies with Polaroids, and Kinsey has the photographs to prove it. The Kinsey Institute for Research in Sex, Gender and Reproduction now boasts a photography archive of some 75,000 images pertaining to human sexuality. Dr. Kinsey began furtively accumulating amateur pornography, fine art prints, advertising and didactics of a sexual nature in the ’30s, maintaining the files in secrecy for several years. Today the archive is a cherished mass of holdings and a popular scholarly tourist destination.

While archivists continue to add current material to the collection, nostalgia retains its appeal. Peek is particularly shocking and fun because all the photographs within date from the late 19th to the early 20th century. Readers who assumed folks in olden times were too prim and proper to get busy are in for a surprise. As the photographic medium grew in accessibility, more and more of the everyday people from Kinsey’s research incorporated the still image into the sexual realm, with odd results. The black and white photographs range from the professional male nudes of advertising and fashion maven George Platt Lynes, to the downright bizarre handiwork of anonymous, amateur pornographers. Classic portraits of Betty Page are familiar fare, but some oddities are sure to titillate and amuse: staged re-enactments of 18th century Japanese Shunga (erotic) print scenes, a 1940s pin-up girl in thigh-high leather boots and satin gloves lashing a stuffed toy dog and, my favorite, a bawdy foray into the dada-esque as a young flapper girl eats breakfast while an intruding penis lolls lazily on her plate. Watch it with the knife, Doll Face! [For more information about Dr. Kinsey and the Kinsey art collection please see Allison Stone’s article The Art of Dr. Kinsey .]
Santa Fe, 2000
TR 676.P44 2000 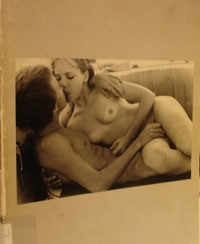 Long before his 1995 directorial debut, Kids, Larry Clark was already skilled at documenting teenagers behaving badly. For a virtual, still- image film treatment of the formidable movie, one needn’t look any further than Clark’s own life and the Flaxman Special Reserves collection. Heart-wrenching or stomach-turning depending on your taste, Clark’s photographic autobiography, Teenage Lust, has, at the ripe age of 20, reached classic status. Through text and black-and-white images, the bad-boy artiste, criminal and dope-fiend chronicles his broken childhood in 1950s Tulsa, the chemical haze of his years in art school, and his travels through the seedy underbellies of American cities. Young pill-poppers, heroin addicts, glue sniffers, and transients populate his pictures, brutal embodiments of defiance and vulnerability. While some photographs–like a suite of laughing, mud-covered young skinny-dippers–capture the title’s carefree evocations, Clark’s nostalgia is nothing short of polluted. His efforts to find the loving community and happy adolescence so absent from his own childhood lead him to dark and dirty places, and many of his subjects exude a raw menace that is not easy to confront.

No sugary appeal to Officer Krupke, Teenage Lust is shot through with an unapologetic machismo that hardly endears one to the damaged image-maker. The end of the book adumbrates the end of the film Kidswith a horrifying photograph entitled, “They met a girl on acid in Bryant Park and took her home,” depicting the group rape of a barely-conscious teenage girl in a New York squat house. Ending on this note might leave the reader to dwell upon the silenced, second-tier victims in Teenage Lust’s baleful narrative, but Clark prefers to close with another image instead: a weathered photograph, probably one found in the street, of three young men in their Sunday best, simply entitled “Brothers.” Clark’s is a boy’s world indeed.

Perhaps the most exciting section is the one devoted to “messy fun.” Remember the scene in Tommy where an operatic Roger Daltry splashes through a room of baked beans? It’s like that only … sexy. From mud-larking and quicksand play to those who just enjoy a nice can of spaghetti in their skivvies, messy fun covers (and I do mean covers) all the bases (and I guess I do mean bases as well). Issue a polite warning to your anarchist friends that pie-ing government officials may not yield exactly the intended results.

In the introductory essay by Linda Nochlin, the most famous asexual in the history of art Andy Warhol, proclaims that the way to get closer to one’s subject is “one piece at a time.” This is a kind of intimacy we don’t typically associate with the artist famous for cool mass production and media manipulation, but Warhol continues to surprise. The drawings and paintings culled here are based on Warhol’s years spent photographing the world of New York sex and its colorful inhabitants–hustlers, partiers, scenesters, and prostitutes–that comprised so much of his inner circle. Warhol used these sketches for his 1978 print series entitled coarsely, “Sex Parts.” And indeed, parts are all we get. It’s as if he comes in a little too close, by passing tender familiarity entirely, as he barrels towards scrutiny.

Almost purist exercises in formal abstraction, Warhol’s nudes isolate, dislocate and sublimate these peculiar, problematic parts of our persons. Close-up renderings of thighs and buttocks reduce the body to line and shape, sometimes becoming so abstracted they hover as floating color fields. This is nothing like Warhol’s fantastic little Love, Love, Love (also in that series Shoes, Shoes, Shoes and Cats, Cats, Cats just so you have a sense of the gravity with which he treats this hallowed theme): one being a formalist treatise on the figure, the other a saccharine rhapsody to affection. Yet somehow, Nudes, in all its detachment, evokes the old, playful, greeting card spirit, if only in contrast. Together, these provide a provocative glimpse into the eternal mystery of whatever romantic, sexual mind Warhol possessed. 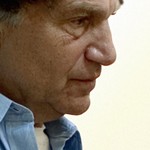 Committed and Engaged: A Conversation with Art Critic Michael... 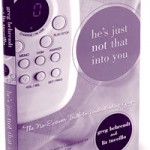