Are robot companions a reason to be afraid for spyware? Or could they be friends of a lifetime? 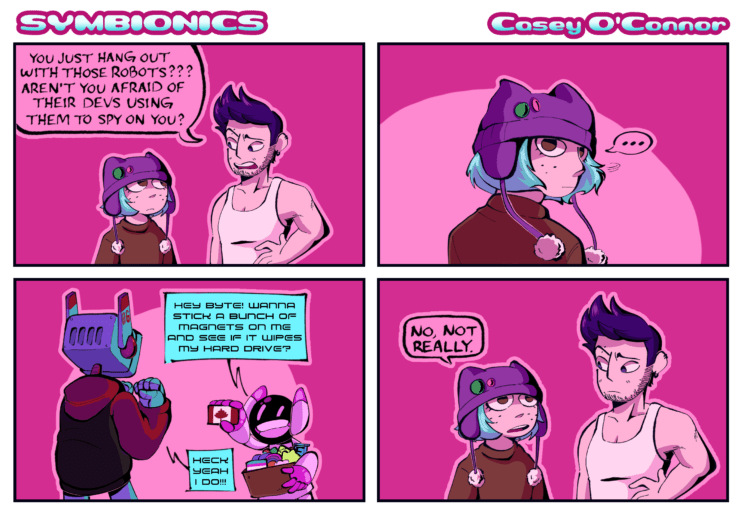 Panel 1: Two human characters interacting with one another. The girl on the right, named Beatrix, is looking up at the man on the left, who has a hand on his hip. He is saying “You just hang out with those robots??? Aren’t you afraid of their devs using them to spy on you?”
Panel 2: The girl turns her head to look over her shoulder, her pause indicated by three dots in a word balloon.
Panel 3: Two robot characters interacting with one another. The Pink robot on the left, named Bit, is holding a box of magnets in one arm, and holding up a single magnet with his free hand. He is saying “Hey Byte! Wanna stick a bunch of magnets on me and see if it wipes my hard drive?” The TV-Head robot on the right, Byte, is pumping their fists and saying “Heck yeah I do!!!”
Panel 4: Beatrix has turned back around to face the man, saying “No, not really.” The man looks at her, surprised.
Like