Dreams teeter the line between horrifying and homoerotic in this new comic from Paul Marx. 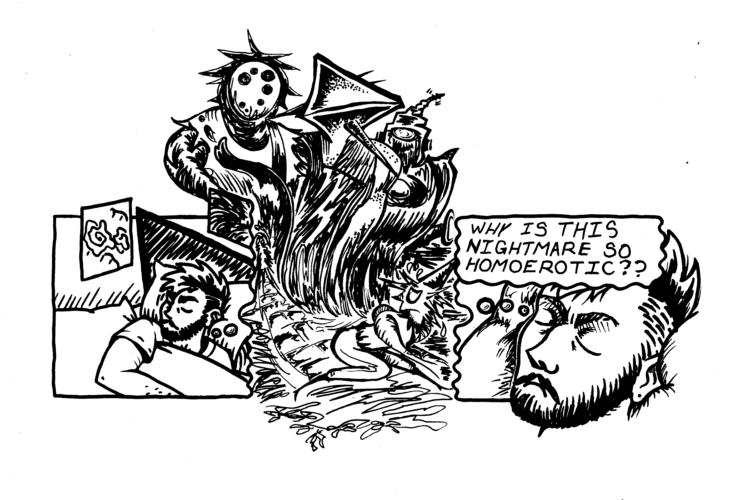 Main character is laying in bed on his side, his brows are scrunched together. We see his nightmare, three tall and beefy monsters rise up like fire in a forest behind the main character’s tulpa that are definitely not generic brand scary guys: Backwoods Camp Slasher, Anvil Head, and Robbie The Robot for some reason? The main character has been rendered so petite and oh so delicate and scared, a little cap and ruffled collar atop his little head as he scampers away through the forest. In the next panel we see the main character’s knitted eyebrows, in their thought bubble they say “why is this nightmare so homoerotic”