Dreams of Black and Blue: Ian Mwesiga at Mariane Ibrahim 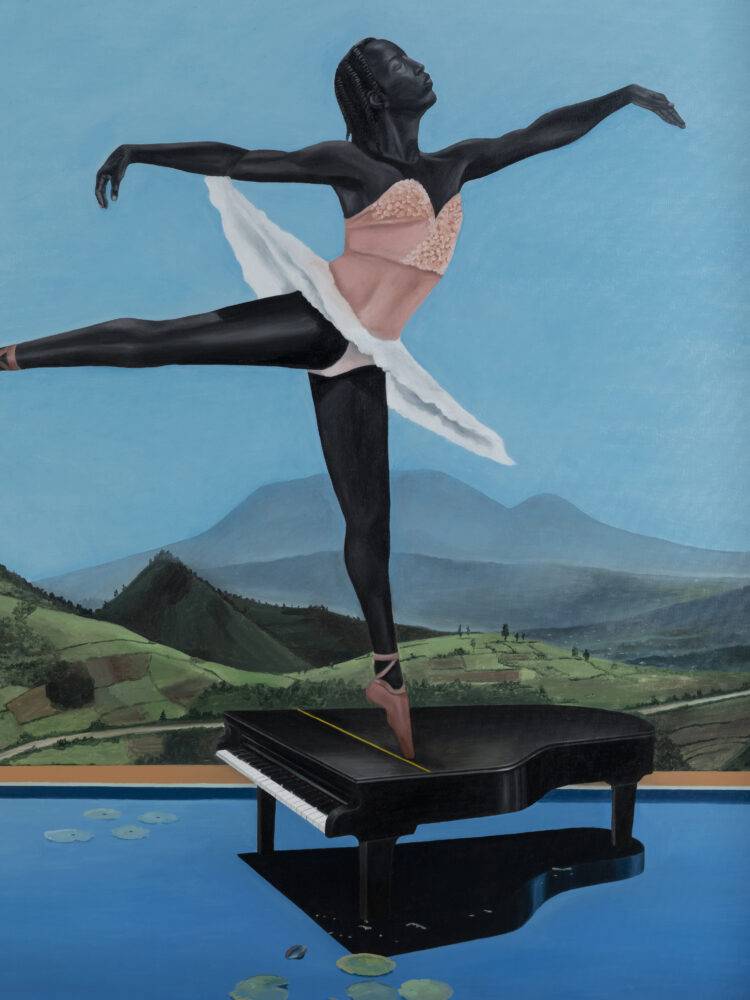 Ian Mwesiga, “Ballerina on the piano,” 2022. Courtesy of Mariane Ibrahim.

Painter Ian Mwesiga’s first-ever solo exhibition “Theater of Dreams” adopts a classical-style aesthetic, complete with idealized figures that convey elegance, and inserts surreal elements to turn the gallery into an alluring oasis. The exhibition, running at Mariane Ibrahim from Sept. 17 to Oct. 29, displays ten paintings by the Uganda-born artist, and each one features a lush natural landscape, a central character, and intriguing details that lull viewers deeper into the paintings like a trail of breadcrumbs. Silky fabrics fold with the curves of soft bodies; black and white feathers are suspended in mid-air. Perfect spheres of fruit lay on brick ground. On the surface, Mwesiga’s artworks look like idyllic dream worlds, but these fictional settings host conflicting feelings of peace and upset, and present them as inseparable from each other.

Mwesiga infuses his works with emotional depth through his use of color. Every person in “Theater of Dreams” is pure black, forgoing brown skin for a deep charcoal reminiscent of Chicago artist Kerry James Marshall’s trademark depiction of Black people. However, unlike the pitch black of Marshall’s figures, Mwesiga’s black glows with gray highlights that give definition to toned arms and sheen to round thighs. Skin colors mesh with the blues and greens spanning across Mwesiga’s works, partially integrating the characters into their surroundings, but the appearance of non-natural objects disrupt these scenes of nature. Pianos, grand and miniature, appear as a recurring symbol in “Theater of Dreams,” materializing in the middle of a lake in “Ballerina on the Piano” (above) and in the heart of a rainforest in “Lady Lying on the Piano.” Their positioning grounds Mwesiga’s characters and allows them to be a stable object in a boundless world, something for a ballerina to balance her delicate one-legged stance on top of or a tired woman to lie her head on while she sleeps. 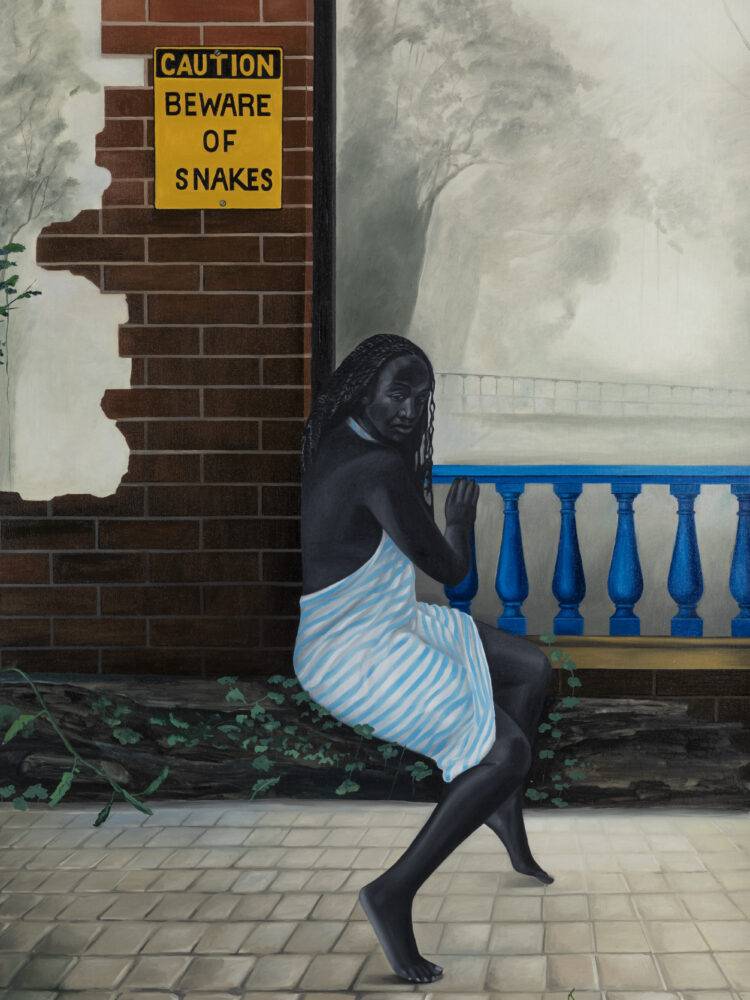 Mwesiga’s color palette, along with his mesmerizing dreamscapes, are integral in illustrating the poignant journey of a Black basketball player across three paintings. In “Basketball Player III,” the player is mid-sprint, basketball securely held in the palm of his hand as he races along the length of a still lake. In “Basketball Player II,” he leaps in the air with his basketball, soaring across the canvas. Behind him are rolling forest-green hills and powder blue mountains that sit underneath a clear blue sky, the color of which almost blending in with the man’s uniform. The athlete’s eyes laser-focus on a target unseen, but his strong form suggests an imminent slam dunk. The same man stands on the edge of a lake with his eyes closed in “Basketball Player IV.” Here, unlike the other two paintings, the player stands rigid, as if halted in his tracks. A barely-visible moon hangs in the day-blue sky while the lake beneath him mirrors his reflection but takes on a darker, moodier blue than the sky above him.

The two dominant colors of this exhibit — black and blue — reveal the true complexity of these emotions. Like a bruise, these colors shift and meld together throughout Mwesiga’s solo show, constantly growing and decreasing in intensity of their own accord. “Theater of Dreams” sees Mwesiga relaxing into the expressive gradient of his creation, granting the emotion in his works the freedom to swell, subside, and above all, rest. 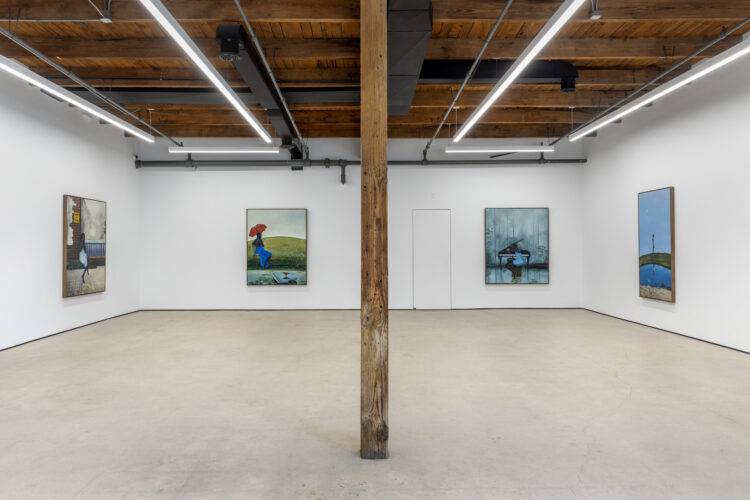 Reflecting on Polaroid’s a520, a Fiend and a Family...