Moving Pictures: “Uncharted,” Going Where Many Movies Have Gone Before

Why is it that, while video games constantly push the envelope on what storytelling can be, video game MOVIES still absolutely stink? 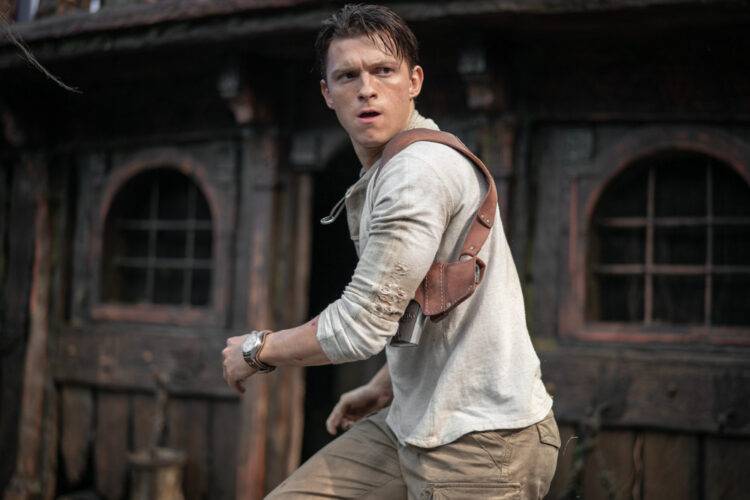 Why are video game movies so bad? Please. Tell me why. Why is it that, while games themselves go further and further to push the envelope on what storytelling can be, through immersive narratives like “Firewatch,” or relationship-driven adventures like “God of War,” or genre explorations like “Disco Elysium” … why do video game movies still absolutely stink?

I think it’s the player’s fault. The player’s, not the players’. Well, okay, I do blame the players in part, for paying for tickets to awful movies to see their favorite swords on screen. I’m allowed to be rude about this because I paid money to watch “Monster Hunter,” and was delighted to see my favorite sword on the big screen, even though the movie was, for the most part, another stinker.

No, specifically, I think it is the idea of the player that is to blame.

Video games are designed for the player; an active figure taking part in a story that they unfold for themselves. Watching is a passive act. That is the critical distinction. Unlike movies, video games are meant for a person to play. The nuance and excitement come from interpreting the work; from forming your own perspective and relationship with the story that unfolds before you.

Playing, on the other hand, requires active participation. You have to be doing the right thing at the right time to get the correct feedback response. Whether you’re jumping on a Goomba, or terraforming your animal-inhabited island, or, as in the case of “Uncharted,”, scaling your way up several giant chunks of cargo while dangling from the back of a plane, several thousand feet in the air. It’s exciting when you’re doing that; when you’re in control.

It’s not exciting when you’re watching it.

It’s not exciting to see a CGI version of Tom Holland act out that cutscene. It’s less exciting when you see it the second time, because they clearly spent a lot of money animating fake Tom Holland, and wanted to get the most bang for their buck.

“Uncharted” isn’t exciting. I wish I could say it’s so bad, it’s worth watching. But it’s mostly empty. And that seems to be the trend for most video game movies. The video game movies from the ‘70s and ‘80s at least were bad enough to enjoy. But now? We have “Assassin’s Creed,” we have “Mortal Kombat,” we have “Monster Hunter,” we have “Tomb Raider”. All entirely bland from start to finish, without any ingenuity or flavor.

These movies propel themselves from one “live-action” cutscene to another, and for some reason, always have an overabundance of action montages. For example, there are at least three montages in “Uncharted.” — and you can’t even blame the video game for that. Video games contain multitudes, but they mostly do a good job sparing us from meandering, spliced-together training sequences, or worse still, the dreaded research montage. (What’s more fun than watching characters flipping through journals about real history, rewritten to contain conspiracies, right?)

Somehow, video game movies manage to make these even worse. These dry montages are about as exciting as watching the high-energy, blood-pumping, ‘live-action’ versions of cutscenes from the video games — and by “as exciting,” I mean not exciting at all. If I’ve played the game, I’ve already experienced this moment in a far superior way. And if I haven’t played the game, I’m wondering why this is taking so long. That was me, during this cargo-falling-out-of-the-plane scene I keep bringing up. And I keep bringing it up for two reasons — firstly, it is the centerpiece of the film’s marketing, with every trailer and every poster featuring it, and secondly, its lackluster nature is integral to understanding why the “Uncharted” movie fails.

After being so frustrated by the film’s delivery, I watched the original game footage of that scene. And I have to say, I now understand why fans were excited to see this play out onscreen. It’s a grand moment, with hair-raising beats, that keeps driving the octane higher. But that’s only in the game.

That section of the game twists the central mechanics to create new energy for the player. Players are used to beating enemies in hand-to-hand combat; now you’re fighting an enemy who is so strong you have to use the environment (falling cargo) to defeat them. Players are used to running through corridors, bullets whizzing by; now those bullets are coming at you while you’re dangling out of a plane. And players are used to the game’s central cover mechanic, where you hide behind crates, columns, rocks, to return fire safely; now, everything you can hide behind is sliding out of this plane, and if you take too long, you’re falling with them.

Now that? That’s exciting. Because it’s leveraging the specifics of the medium, like movement, combat, and cover, to tell an engaging story through action. The film, however, doesn’t do any of that. No part of this scene in the movie is made better by being in a movie. This overarching rule is also why the only two successful Western-made video game movies, “Detective Pikachu” and “Sonic the Hedgehog”  — don’t @ me — work. They do not try to replicate the sensation of playing the games they’re based on. They are wholly new adventures, unburdened by their source material.

On top of being a video game movie, “Uncharted” belongs to the genre of treasure hunt movies. These are movies where a wily protagonist, usually a white man with an abundance of trivia, is the only one who can solve the centuries-old mystery that has long since befuddled experts. We have Indiana Jones looking for the Ark of the Covenant, Tom Hanks looking for Mary Magdalene, Nicolas Cage looking for… a three dollar bill? (I’ve watched both “National Treasure” movies several times and I could not tell you what he’s looking for.)

“Uncharted” is very clear on what Tom Holland’s Nathan Drake is looking for — Magellan’s lost treasure, consisting of tons and tons of gold looted from “uncivilized regions,” supposedly lost forever since Magellan’s death “somewhere in the Philippines.” However, Magellan isn’t in the “Uncharted” games. Magellan was a real person. Rather, he was a colonizing Christian missionary who was killed on the Philippine island of Mactan, after the residents there refused to comply with his proselytizing. The man who killed him, Lapulapu, is now regarded as a national hero in the Philippines for standing up to colonization. When I first learnt of Magellan, it was in school, and like Tom Holland’s Nathan Drake, I was mistakenly told that he died “somewhere in the Philippines”, murdered practically without cause, with no mention of his mission nor how the explorers we venerated in history class were tied inextricably to imperialism.

Sure, it might be a bit too much to expect “Uncharted” to signpost this complex historical legacy to its audience. But nobody needed them to use Magellan as their centerpiece either. And even so, it could not have been that difficult to just contend with who Magellan was and what he represents, even slightly. Nathan Drake literally spends a full day (and another montage) in the Philippines, but instead of featuring a single Southeast Asian, they end up at a resort populated entirely by white tourists.

I’m not saying “Uncharted” is a racist movie, or that it should be cancelled. But even the Indiana Jones franchise, a much-beloved series, has faced criticism for years about whether the film’s titular archaeologist is actually a hero or an unwanted pilferer. And Indiana Jones didn’t cast Mark Wahlberg, who infamously beat two Vietnamese people close to death while hurling slurs at them. “Uncharted” has unnecessary baggage, all of which could have been avoided with some thought.

If being a bad video game adaptation and a problematic treasure hunt wasn’t enough for you, don’t worry. “Uncharted” has one more surprise in store. In the official movie trailer, Nathan Drake is interrupted by Mark Wahlberg’s Sully while negotiating a trade. “What is that thing on your face?!” Tom Holland inquires while trying to stifle a laugh — a reference to Sully’s characteristic mustache from the game. I’m waiting throughout the whole movie for this scene. Because as charmless as Mark Wahlberg is, perhaps he’d be more enjoyable with less of his face viewable.

And so I wait. I wait some more. The movie… ends? And the credits roll. Flashy title cards for all of the characters, in poses from the games. Great! Still no mustache. A post-credits scene teasing an expansion of this story that I don’t care about. Fantastic! Where’s the mustache? White credits over a black screen. I wait. I wait. I wait. And then… it happens. Nathan Drake is negotiating. And Sully storms in with a fuzzy face.

“Uncharted” was so bereft of content, that they used footage from their second post-credits scene to stuff their trailers. Any potential goodwill I could have mustered for this movie was thrown out the window, much like Tom Holland falling out of that plane.

“Uncharted” may still be in cinemas now. But you’d be better off finding a good Let’s Play of the games on Youtube. Because, despite its star’s power (that is, its singular star), it is a joyless, plodding movie, unable to effectively utilize any of the content that inspired it. And hey — at least, in the games, Sully will have the mustache for longer.

Entertainment Moving Pictures: “Uncharted,” Going Where Many Movies Have Gone Before
« Previous Story

The Sky Talks: Love Is In The Stars For... 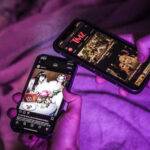 Cancel Culture in the Age of the Gossip Empires