Out of Bounds: Covid, Contracts, and the Right for USWNT Soccer Players to Play in Europe

As our female soccer stars leave us for Europe, what’s a fan to do? 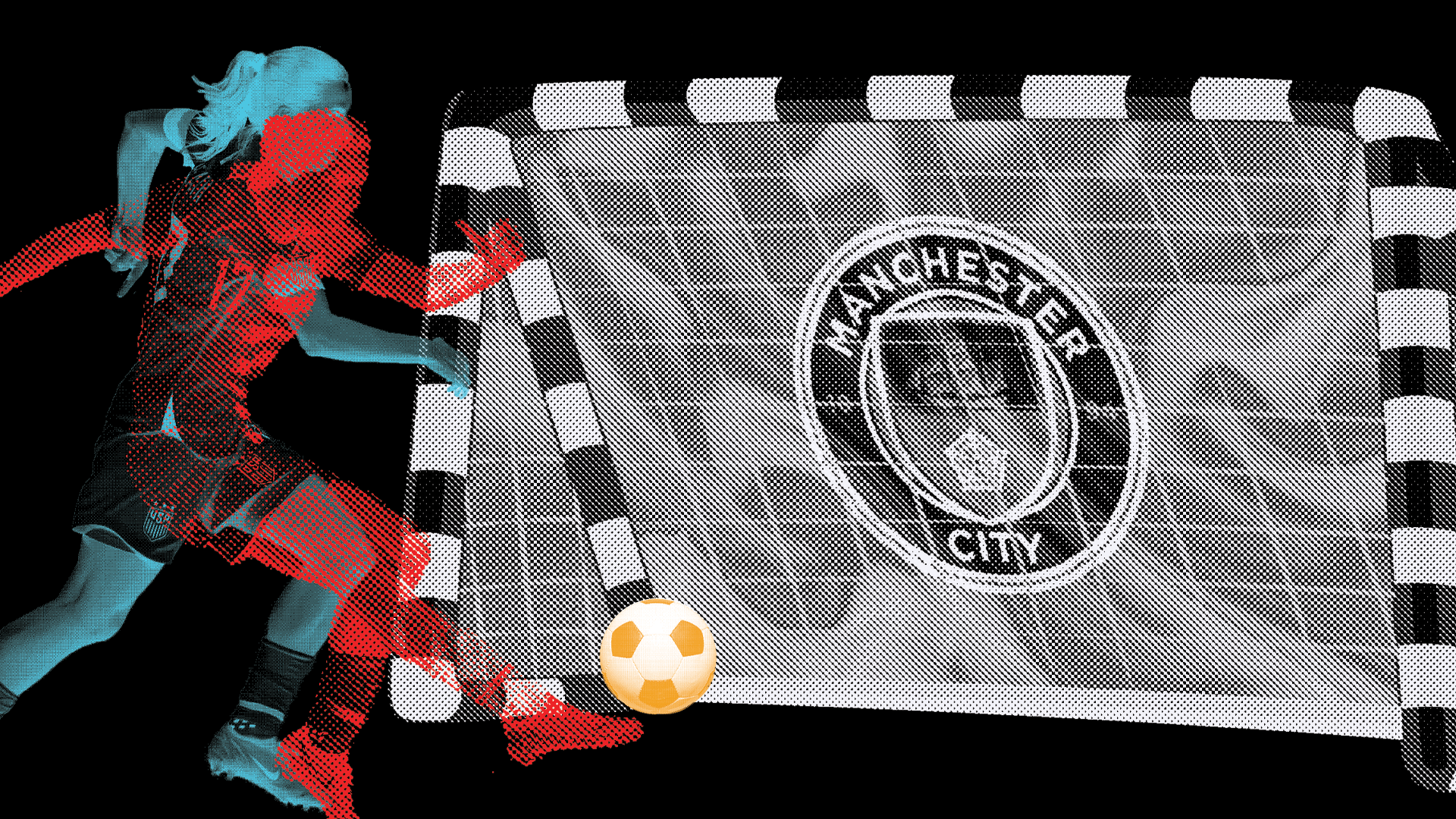 The floodgates have opened. First, USWNT midfielders Samantha Mewis and Rose Lavelle signed with Manchester City. Then, defender Emily Sonnett moved to Göteborg FC. After that, more USWNT players chose to sign with European leagues rather than stay in the United States. But this shift has left some fans confused. Why are USWNT members, many of whom are the faces of their NWSL teams, leaving the U.S. league? And what does that mean for the NWSL and its fans?

It’s no surprise that U.S.-based sports leagues have been struggling in the face of the pandemic, and the United State’s mishandling of COVID-19 certainly hasn’t helped women’s sports leagues, which are particularly vulnerable to an economic downturn. Without fan attendance, regular games and programming, along with the added costs of return- to-play plans, sports leagues are losing money fast, with none of their typical revenue expected to come for months. The NWSL is no exception, and are at risk for losing their foothold in the professional sports world as sponsors, media broadcasting, and big-ticket players are less incentivized to participate in a league that isn’t as profitable. For some fans, the loss of some marquee players and their contracts are an alarming addition to a turbulent sports world.

Historically, it’s not uncommon for athletes to look abroad when their seasons get cut short — usually because of a lockout. Even so, due to the pandemic, there is a considerable group of athletes across most U.S.-based sports leagues who have chosen to spend their extended “off-season” playing in Europe and Asia. One of the reasons why NWSL fans are surprised by the loss of so many players is because the NWSL is a younger league comparatively, and has less of a precedent for players leaving their home country to play abroad. Trades are every fan’s worst nightmare, but waking up to glaring headlines proclaiming your team’s star player (like Sam Mewis from the North Carolina Courage) is signing with an entirely different league is definitely shocking, and leaves us fans asking if it’s a good idea for these players to leave.

I’ve realized, though, that it’s not actually a bad thing, for these USWNT athletes to play in the European leagues. Athletes are better able to maintain their skills and abilities by playing in a regular, high-reward season rather than not playing at all. That means, for returning players, fans can rest assured that when the season resumes, our star players will be ready to hit the ground running.

However, some have questioned the legality of a slew of USWNT players leaving their home league. (Warning: This is going to get technical, but bear with me.) It’s a complicated situation contractually, but according to the USWNT’s collective bargaining agreement, there isn’t anything illegal about USWNT players going abroad to play, rather than in their home league. USWNT players don’t have individual contracts with their NWSL clubs; instead, they’re contractually obligated to the U.S. Soccer Federation, who offers the players monetary incentives to play in the NWSL, along with a $100,000 salary. Typically, these are players who wouldn’t go abroad despite their status as global free agents, because it would mean they would lose a significant financial benefit. In off-cycle years, meaning years without the Olympics or the World Cup, up to four USWNT players are allowed to sign abroad. However, it gets a little complicated here because 2020 was supposed to be an Olympics year, and according to their CBA, USWNT members had to remain in the U.S., and play a full season in the NWSL. NWSL clubs don’t receive transfer payments (which is common in men’s soccer), but they do retain individual players rights.

So, the question becomes: Is it a breach of contract for USWNT players to play abroad?

Surprisingly, no — the Olympics have been delayed a year and the NWSL didn’t have an official season. The U.S. Soccer Federation and the USWNT Players Association jointly agreed that the NWSL’s now successful Challenge Cup was optional, meaning that USWNT players who opted out faced no penalty. It also meant that USWNT players could go across the pond to play for European leagues without losing their USWNT salary. Mewis, Lavelle, Sonnett, and any other player who has gone abroad will have lost their additional $75,000 salary specifically allocated from the U.S. Soccer for the NWSL.

The main concern is if the NWSL’s adjusted season is worth it without their star players.

Fans have definitely mourned the loss of some of their top athletes on their favorite teams, especially as the stars are a focal point for fans to rally behind. I know I missed watching high-intensity athletes like Emily Sonnet and Rose Lavelle lighting it up on the pitch. But having the NWSL capitalize upon the void in professional sports as they did with the Challenge Cup was incredibly important in furthering visibility for women’s sports and the NWSL. The league was the first to accomplish a bubble format return-to-play without a single positive COVID test, and that’s something to be proud of. Playing any approximation of a season is preferable to not playing one at all, both financially and socially.

For the NWSL, their possible plans for a shortened, mini-bubble season might keep some players from leaving, but the USWNT members aren’t the only athletes the league needs to worry about. Several non-USWNT players and non-U.S. citizens have gone on loans or transferred from their NWSL clubs to European ones, like Welsh OL Reign midfielder Jess Fishlock. However, transfer windows are closing, with Swedish, English, Danish, and Icelandic clubs being shut, and France, Norway, and Germany having closed their doors in October. The NWSL is preparing for more players to go abroad until the transfer windows have closed and contracts have expired, but the losses will not be permanent. Most players have gone on a short-term loan and one-year contracts, and are expected to be back in the U.S. in 2021.

For the FA Women’s Super League, the NWSL loans are a fantastic asset. For the NWSL, the players are a temporary loss expected with the United State’s uncertain pandemic response.

Now, I can’t speak for every soccer fan out there, but I can offer my own perspective on the situation as a die-hard Chicago Red Stars fan. Watching some of your team’s top players leave indefinitely in the midst of an uncertain future for pro sports in America is tough. I get it. But I also understand that these are professional athletes and what drives them to succeed on the field is also what drives them to continue doing what they love no matter the situation. Unfortunately, right now, in the absence of a solid and secure full, regular season here in the United States, doing what they love is found elsewhere.

It might seem counterintuitive, but skipping out on a year here in the States is ultimately the best and most logical decision these athletes could have made. As I mentioned before, going abroad will ensure that they’re able to improve their skills and gain more experience, which will be a great asset to have on the roster when they return for the new season. After all, they won’t be gone long — for USWNT players they’re certain to be back (and well-conditioned from their European stint) in 2021, which will set them apart from their competitors on the field who have been on a months-long break from pro soccer.

I know the situation isn’t ideal, but look at it this way: This is the perfect opportunity to get involved in the European women’s professional soccer leagues if you haven’t already. You can watch your favorite players electrify a different pitch, and still look forward to welcoming them back when the next U.S. season begins.

Entertainment Out of Bounds: Covid, Contracts, and the Right for USWNT Soccer Players to Play in...
« Previous Story