The rap power-duet, and the critiques nobody asked for. 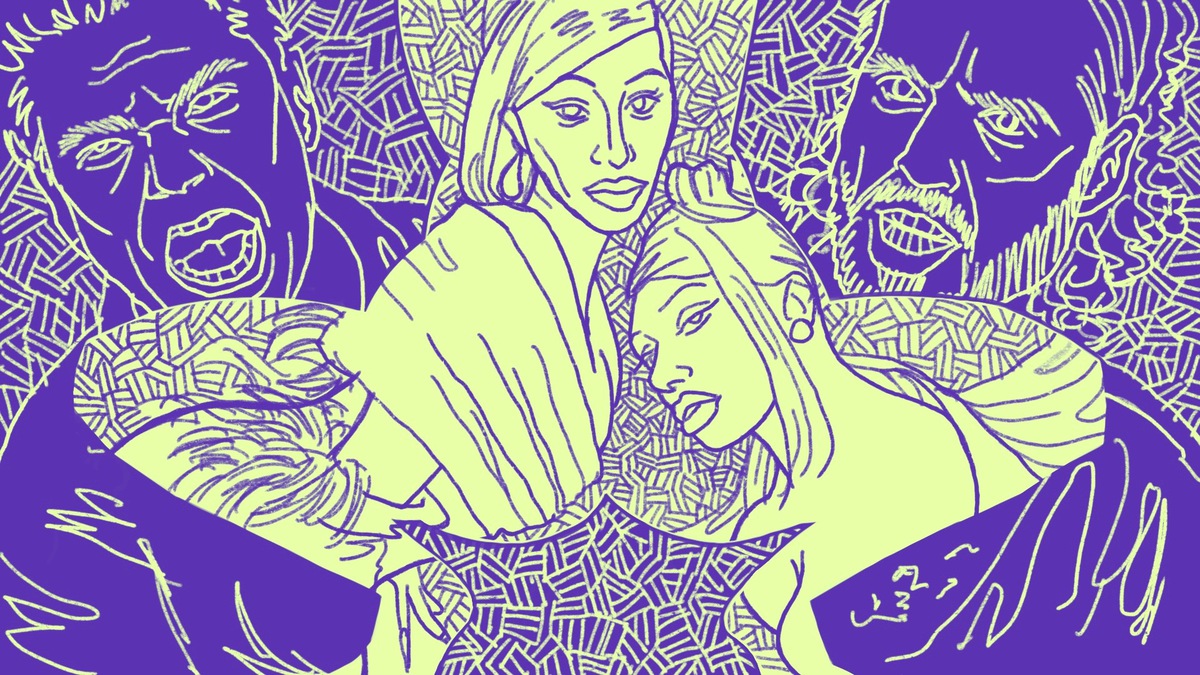 In the year 2020, the world has been hit with a global pandemic, unjustifiable acts of police brutality and the actions (and inactions) of a president that constantly has America on its toes. On the flip side, women are continuing to find ways to flourish and uplift each other’s expressions of sexual liberation and body positivity, especially with female rapper’s Cardi B and Megan Thee Stallion sexually explicit bop, “WAP.” Despite the song’s popularity, becoming the fourth fastest song in history to be eligible for platinum status and debuting number one in Rolling Stone Top 100 chart, there has been a baffling amount of debate and backlash surrounding the alluring lyrics and racy music video.

If you’re still trying to figure out what “WAP” stands for, brace yourself: It’s an acronym for “wet-ass pussy.” In the “clean” version, Cardi B says “wet and gushy” but it’s still raunchy enough to make grown men blush and clutch their pearls, like conservative old ladies. The lyrics proceed to directly detail Cardi and Megan’s sexual fantasies, with the pair dancing and rapping around snakes and tigers. There are also special cameos of famous women such as makeup mogul Kylie Jenner, Spanish singer Rosalia, singer Normani, and up-and-coming female rappers Sukihana, Mulatto, and Rubi Rose.

Though I expected everyone would ride the female empowerment wave and view the song and its visuals positively, all it has gotten is misplaced arguments and misinformation about women’s genitalia.

Exhibit A: political commentator Ben Shapiro proceeded to take his two cents to Twitter to warn women vaginal health with a video critique.

“My only real concern is that the women involved — who apparently require a ‘bucket and a mop’ ― get the medical care they require,” Shapiro declared.  “My doctor wife’s differential diagnosis: bacterial vaginosis, yeast infection, or trichomoniasis.”

The funniest thing about this video is, as he’s reading off the lyrics, he censors himself saying “wet-ass p-word.” If you’re going to respond to the description of sexual organs, at least have the balls to be blunt in your speech.

“[It’s] misogynistic to question whether graphic descriptions of wet-ass p-word [sic] is empowering for women.” he states. “‘WAP’ is obviously an incredibly profound statement of women’s empowerment, a la Susan B. Anthony.”

Thanks, Ben. The female population appreciates your heartfelt comments. What we don’t appreciate is your need to mansplain what is a normal lubrication process for our bodies to have sex, and calling it a medical condition. Yes, there are women who experience vaginal conditions such as he has listed, and also vaginal dryness. Overall, quoting his family doctor wife doesn’t give him the authority to speak on women’s anatomy like we’re in the first stages of puberty.

Exhibit B: British actor and comedian Russell Brand also made a video titled “WAP: Feminist Masterpiece or P*rn?”, attempting to explain the “emerging polemic around the use of sexual imagery and female potency.” However, he only manages to say that women are objectifying themselves through their sexuality and freedom while playing into the roles that were initially set for them by men.

“Do women achieve equality by aspiring to and replicating the values that have been established by males?” Brand asks. “The answer is no.”

“She was a woman-man,” he explains. “She was a powerful person, a brilliant politician, but her premiership did not lead to more opportunity for women.”

Never has anyone thought to compare female rappers talking about their vaginas to political female leaders, and it’s for good reason: There is no correlation! We know that cisgender men tend to lend their unwarranted opinion toward women’s worth and contribution to society as a role of opportunity that can only be given by men. The mutual relationship between the historical impact of Cardi and Thatcher’s careers is non-existent.

Exhibit C: A video surfaced on Twitter from @KollegeKidd of an unnamed Black man claiming “WAP” sets a bad example for young women, specifically his daughter, because it was “all about pussy.”

“There’s a lot of music that’s put out that’s speaking on the same shit,” he expresses. “But that song came across my feed and I’m just like, ‘This is a prime example of what’s wrong with a lot of these women and their mindset.’ ”

The fact that this man highlights that there are other popular songs in circulation with the same message but only emphasizes how wrong it is for women to do it shows just how sexist, contradictory, and hollow the argument is toward the song and female rappers in general.

In response to a plethora of negative responses toward the sex anthem, some are asking why is there no backlash toward male rap songs that express their sexual fantasies while objectifying women.

Megan Thee Stallion took to Twitter to add to the adverse reaction to the single, comparing “WAP” to the male anthem “Slob On My Knob” by rap group Three 6 Mafia. The song unabashedly talks about men’s genitals and what they want women to do with them. There have even already been remixes of “WAP” from the male perspective, most famously starting with Safaree’s “B.A.D. (Big Ass Dick).” Rapper Plies and dancehall legend Vybz Kartel have also added their spin on the song.

Despite the controversy, Cardi B and Megan Thee Stallion are continuously gaining positive attention on the charts and on social media, with Cardi teaching women how to maintain WAP and Meg making sure the ‘hotties’ stay scholastically educated. For now, we’ll call this a win-win situation.

One Response to Whining And Patronizing: The Men Who Hate “WAP”