How the Georgia film industry boycott leaves many Georgians behind. 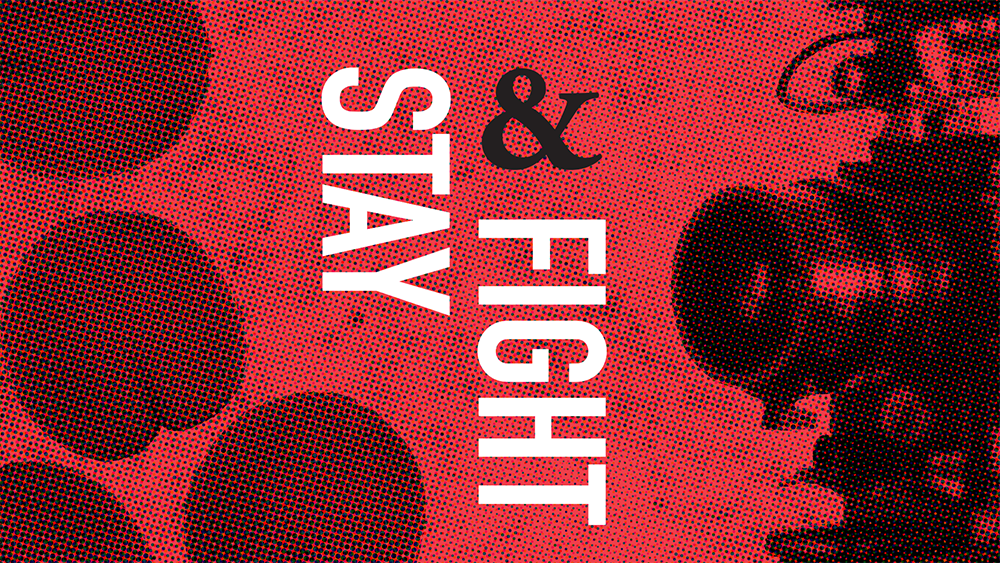 Politician and former Minority Leader of the Georgia House of Representatives Stacey Abrams released an open letter to the Georgia film industry on June 12 detailing her meeting in California with film industry professionals. She met with film executives, producers, show runners, and industry supporters to answer their questions about how best to fight back against Bill HB481, also known as the Living Infants Fairness and Equality (LIFE) act.

Major production companies, including Disney, Sony, and Viacom have already threatened a boycott, and Amazon series “The Power,” based on the book of the same name by Naomi Alderman, has pulled the plug on Georgia production. Abrams stressed that while she respected the role boycotts have played in shedding light on the need for change, Georgia isn’t in a position where an economic boycott is a strategic option. On June 13 she retweeted the link to an article detailing the ways boycotts of Georgia may do more harm than good and reiterating why she’s asked allies to #stayandfight.

Despite their fictional settings in Indiana, Michigan, Missouri, and a slew of other vaguely distinguishable states, more and more highly rated shows, like “Stranger Things,” “Ozark,” and “The Walking Dead” are filmed in Georgia. A state tax credit signed into law in 2008 offers a tax break of up to 30% for productions that film in the state, which has proven incentive enough to tempt big-budget films and television shows to take up residence there. That is, of course, until now.

This past May, Georgia Governor Brian Kemp signed into law what’s often referred to as a “heartbeat” bill — legislation banning abortions between 6 and 8 weeks after conception, when fetal heart activity can be detected, which is before most people know they are pregnant.

While these bans can, have, and will continue to negatively impact the lives of those seeking access to safe abortions and other necessary forms of healthcare, they are also putting a strain on one of Georgia’s most lucrative industries: the film industry.

In an exclusive interview with Variety, Netflix chief content officer Ted Sarandos said the company has many women working on productions in Georgia whose rights would be severely restricted by this law. “It’s why we will work with the ACLU and others to fight it in court. Given the legislation has not yet been implemented, we’ll continue to film there, while also supporting partners and artists who choose not to. Should it ever come into effect, we’d rethink our entire investment in Georgia,” he said.

NBCUniversal, Disney, WarnerMedia, Viacom, and AMC Networks haven’t issued public statements saying they’d leave the state if the law were to go into effect as planned in January 2020. Instead, they’ve offered up something like a warning or a “stern scolding” suggesting that while they definitely don’t agree with the laws, they’ll just have to wait and see.

According to a Huffpost listicle of network responses to these laws, Disney’s Chief Executive Officer Bob Iger said that a law severely restricting abortion rights would make it “very difficult” for the company to continue filming in Georgia. Viacom responded similarly, stating, “Should the new law ever take effect, we will assess whether we will continue to produce projects in Georgia.”

On March 28, actress Alyssa Milano sent an open letter to Brian Kemp that was signed by 50 actors against HB481. Hollywood has long shown contempt for Gov. Kemp, who was accused of voter suppression prior to election, leading to high-profile industry executives like Frank Rich (executive producer of HBO’s “Veep”) to call for an industry boycott. On November 6, 2018, Rich tweeted: “If Kemp wins in Georgia, Hollywood should put its money where its mouth is and pull all production out of the state.”

While production companies and media corporations have threatened to take their work elsewhere, production teams on the ground are more interested in fighting back. Some crew members — such as Callie Moore, the 29-year-old camera assistant working on the upcoming Starz show “P-Valley” — decided to take action.

“After the ‘Heartbeat Bill’ was signed and the rush of calls for boycotts to the Georgia film industry started, my coworkers and I were anxious, scared, and frustrated,” Moore told F Newsmagazine via email. “We needed to find a way to do something about what was happening to us, as women and as people who depend on the film industry for our livelihoods. I mentioned starting a fundraiser and got it set up, [and] after that the response was incredible. Everyone just wanted a positive outlet to show they wanted to fight for the women of Georgia.”

Her organization, Stay and Fight – Georgia Filmworkers Unite, has currently raised over half of their $25k goal and hopes to continue raising money to support the organizations who are going to fight Kemp’s bill in the courts. As of June 13, donations have been made by 151 people, from individual supporters of the local economy and industry, to production supply companies like New Deal Grips, who have previously worked on shows such as “Big Love,” “The Walking Dead,” and “Stranger Things.”

Fellow Stay and Fight supporter and “P-Valley” crew member Becca Thompson said that when she heard that cinema­tographer Reed Morano (who has most recently worked on “The Handmaid’s Tale” and “I Think We’re Alone Now”) decided to pull out of the state after scouting the area for an Amazon project, it felt like a punch to the gut.

“I respect Reed Morano and her work, along with the work of other awesome camera ladies such as Kate Arizmendi and Dagmar Weaver-Madsen (who supported Morano’s decision to leave), [but] it felt like they were turning their backs on us,” Thompson told F Newsmagazine via email. “I was upset. Not only was HB481 intruding on our rights, it was also affecting our work life now.”

Becca Thompson sees fighting at the local level as a responsibility she has to her new community. “I choose to stay and work in the state because it’s my home now,” Thompson told F Newsmagazine. “When you choose this industry, you’re signing up for unpredictable schedules and locations, but that shouldn’t mean the higher-ups can use that to their advantage and treat you like a pawn in political games.”

While it may be tempting to turn on the Peach State given its current conservative restrictions, it’s also easier to make that decision when you’re the highly paid network executive or famous actress than it is when you’re the industry transplant or native Georgian just trying to make a living. The only permanent defense is political change — not to leave, but to change the system from within.