Take It or Leave It: SAIC’s New Parental Leave Policy 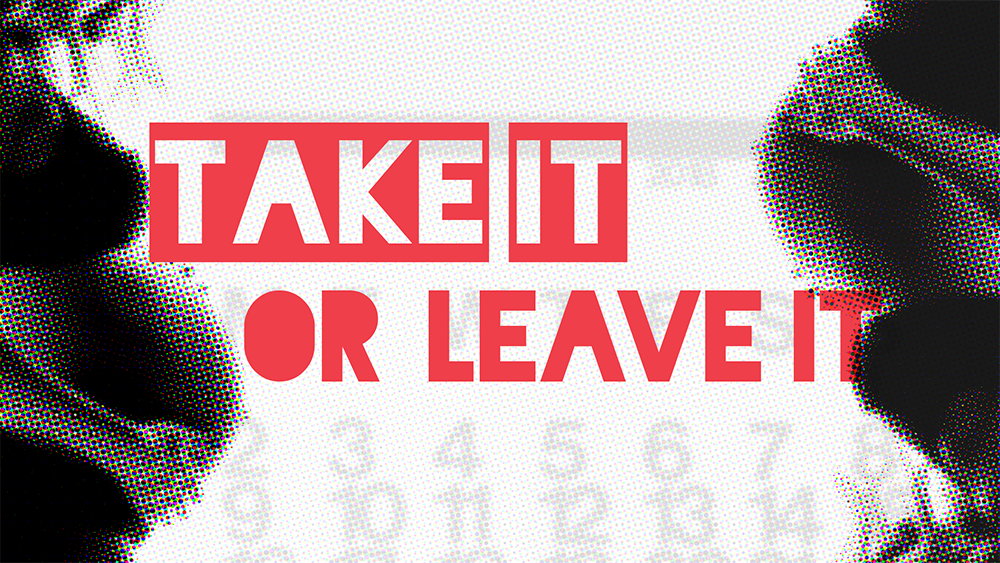 When Maria Gaspar, assistant professor in the Department of Contemporary Practices at the School of the Art Institute of Chicago (SAIC) was three months pregnant with her first child in fall 2018, she started talking to anyone and everyone about how to balance birth, parenting, teaching, and her own practice as an artist.

She met with friends of friends. She connected with people over Facebook. She asked other faculty members about options for taking time off. With no formal school policy in place, she relied on a network of artist-parents for advice on how to proceed.

“I really did my research,” Gaspar told F Newsmagazine in a phone interview.

Last spring, this informal process — in which faculty and staff members had to negotiate arrangements for parental leave on a case-by-case basis — changed. After speaking first to her department head, whom she found supportive, Gaspar spoke with Lisa Wainwright, then Dean of Faculty, about taking a leave of absence.

But the lack of any policy in place made the process uncertain. “It felt like a take-what-you-can-get type of thing,” Gaspar said of the arrangement, but added that she was grateful to have been offered paid time off.

“It’s really, really important that this policy has been set in place, because before that, faculty, and particularly part-time faculty, were afraid to ask — because even full-time faculty didn’t have it,” said Christa Donner, adjunct associate professor in the Department of Painting and Drawing. She gave birth in 2011 when she was a part-time professor.

“So much of this relies on your ability to negotiate, and women in particular are often not taught those skills. They’re often less comfortable negotiating around things that they need professionally,” she said.

The policy offers compensation at 70% salary for staff members and 100% salary for faculty members. The reason for the percentage difference, according to Irina Melnik, SAIC Human Resources’ director of benefits, is that faculty don’t have paid time off, but staff do. The discrepancy is intended to equalize this difference.

“For higher education, we’re leading the pack in offering these benefits,” said Melnik.

Faculty members who teach fewer than six credit hours per year — the equivalent of two classes — are not eligible for any job benefits. This means that many part-time faculty have no access to paid family leave.

The policy also does not extend to contracted staff, including security guards, housekeeping staff, and Food for Thought employees. Because these staff are not technically SAIC employees, their benefits depend on their employers’ policies.

The updated policy is the culmination of more than a year of meetings and proposals between the Working Parents group, a voluntary group of faculty and staff, and the school administration. Human Resources has publicized the new policy through email announcements and inclusion in employee guidelines, but some faculty members expressed confusion over its stipulations. Because employees may combine four weeks of paid family leave with additional weeks of paid leave, it is possible for parents to take as many as 12 weeks off.

Laura Prieto-Velasco, adjunct assistant professor in the Department of Architecture, Interior Architecture, and Designed Objects (AIADO), has been teaching at SAIC since 2009. When she learned she was pregnant, she discussed her options first with Tim Parsons, chair of the Designed Objects program, whom she found very supportive. In addition to exploring leave options, she also wanted to talk over safety precautions she might take in the metal shop during her pregnancy.

“The staff there ordered me a special respirator that has a microphone, where I could do casting demos while wearing the respirator, and my students could also hear me,” she said. “Everyone was really accommodating.”

She gave birth to her son at the end of December 2018, before the benefits policy went into place, and received five weeks of paid leave before returning to teach a reduced course load in the spring 2019 semester.

“I was expecting no compensation at all,” said Prieto-Velasco. She said she was grateful for the offer but felt it could have been improved by covering a longer period. “Part-time work has no stability, especially part-time teaching, so it was better than nothing, but it would have been nice to take the full eight weeks,” she said.

“Three months seems like a long time, but it’s actually very little,” Gaspar said. Gaspar, who also gave birth before the policy went into place, spent the spring 2019 semester on paid leave, with the understanding that at some point in the future she would teach an additional course on top of her standard semester load of three courses. Gaspar noted that in countries like Germany, parents have one year of paid leave.

SAIC’s implementation of the policy is part of a slow but gradual shift in the United States, which is the only developed country to offer no federal guarantee for paid maternity leave. Private employers have gradually been adding paid leave guarantees, but according to a 2018 Bureau of Labor Statistics survey, only 17% of private sector employees currently have access to paid parental leave.

Some states have laws guaranteeing paid leave, but in Illinois, which has no state law, benefits vary significantly from employer to employer. This means that employees rely on two federal laws for workplace rights: the Pregnancy Discrimination Act, which ensures reasonable accommodations like extra bathroom breaks for pregnant employees, and the Family Medical Leave Act (FMLA), which allows employees up to 12 weeks of unpaid leave.

However, according to the Center for Economic and Policy Research, about 40% of women don’t qualify for the Family Medical Leave Act, meaning they rely on whatever sick leave or vacation allowances are part of their standard job benefits. 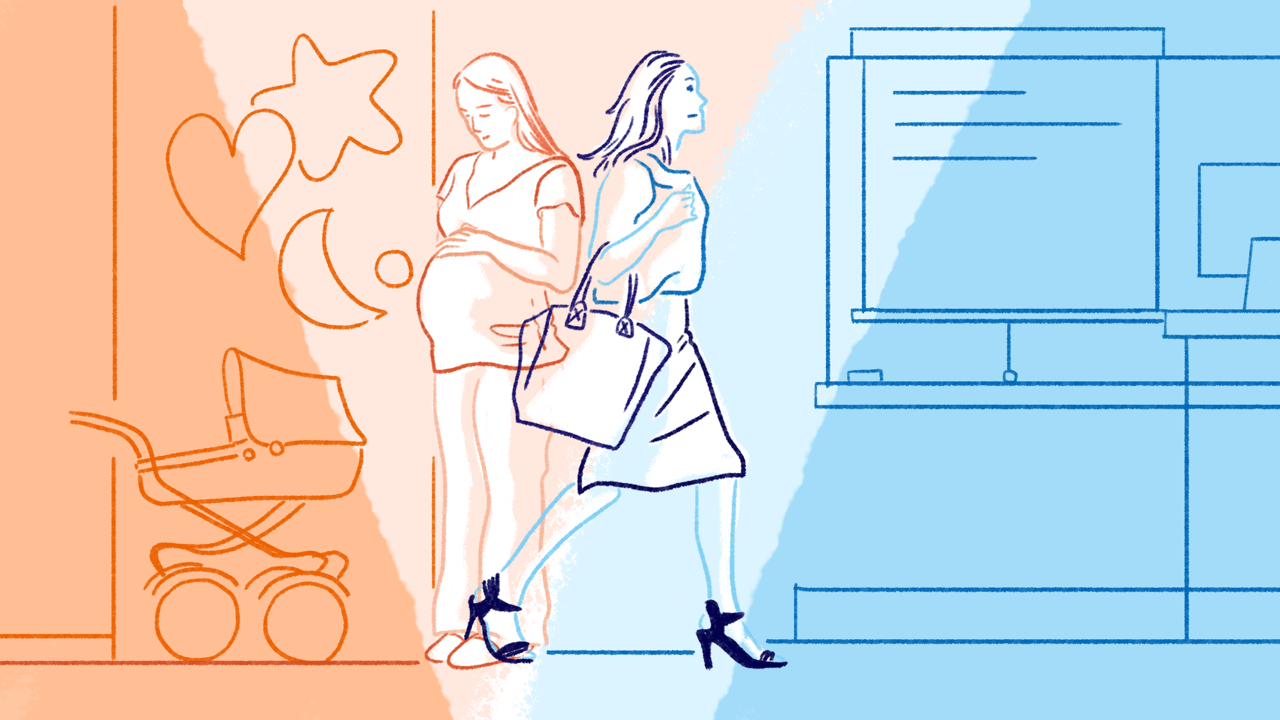 For artists who are also parents, family leave is one of several challenges to maintaining a career, a family, and an art practice.

Artists who are mothers, said Lise Haller Baggesen, who graduated in 2013 and has also taught at SAIC, still face discrimination.

“The art and academic worlds are very afraid of the ‘M’ word,” Baggesen told F Newsmagazine in a phone interview. She felt that she had to “check her motherhood at the door.” One fellow Visual and Critical Studies student, Baggesen said, told her she was “a sellout as a feminist because [she] became a mom.”

For artists, balancing creative, professional, and family life “makes it feel like we have two or three jobs overall,” said Gaspar. “That feels really restricting when you are living in a country that does not honor that kind of labor, especially in the creative field.”

When Alberto Aguilar, who graduated from SAIC with a BFA in 1997 and an MFA in 2001, and his partner, Sonia Aguilar, started having children, he was a graduate student at SAIC. Professors, particularly older male professors — “an older generation,” he told F Newsmagazine in a phone interview — told him that families were antithetical to the idea of life as an artist.

Since then, Aguilar, who has also taught at SAIC, has noticed a shift in how parenting is perceived by the art community. “It’s become much more present, accepting, and supportive,” he said. “There are also more resources, like family-friendly artist residencies.”

“There are remaining challenges to being a parent, teacher, and artist,” said Donner. When asked how SAIC could support parents and families, the faculty F Newsmagazine spoke to suggested accessible breastfeeding rooms in every campus building, on-site childcare, and flexible meeting hours.

But faculty agree that the new policy is a good start.

“I hope that the school furthers this commitment by really thinking about what [its] policy looks like at a time when reproductive justice is being threatened, and at a time when women in particular in the field of art have consistently been left out, erased, and penalized for having families,” said Gaspar. “I hope that the school recognizes that it has the potential to be innovative not just in the field of making, but also to be really innovative and radical in its way of honoring and recognizing the creative lives of artists.”