SAIC students on the importance of the protests in Hong Kong. 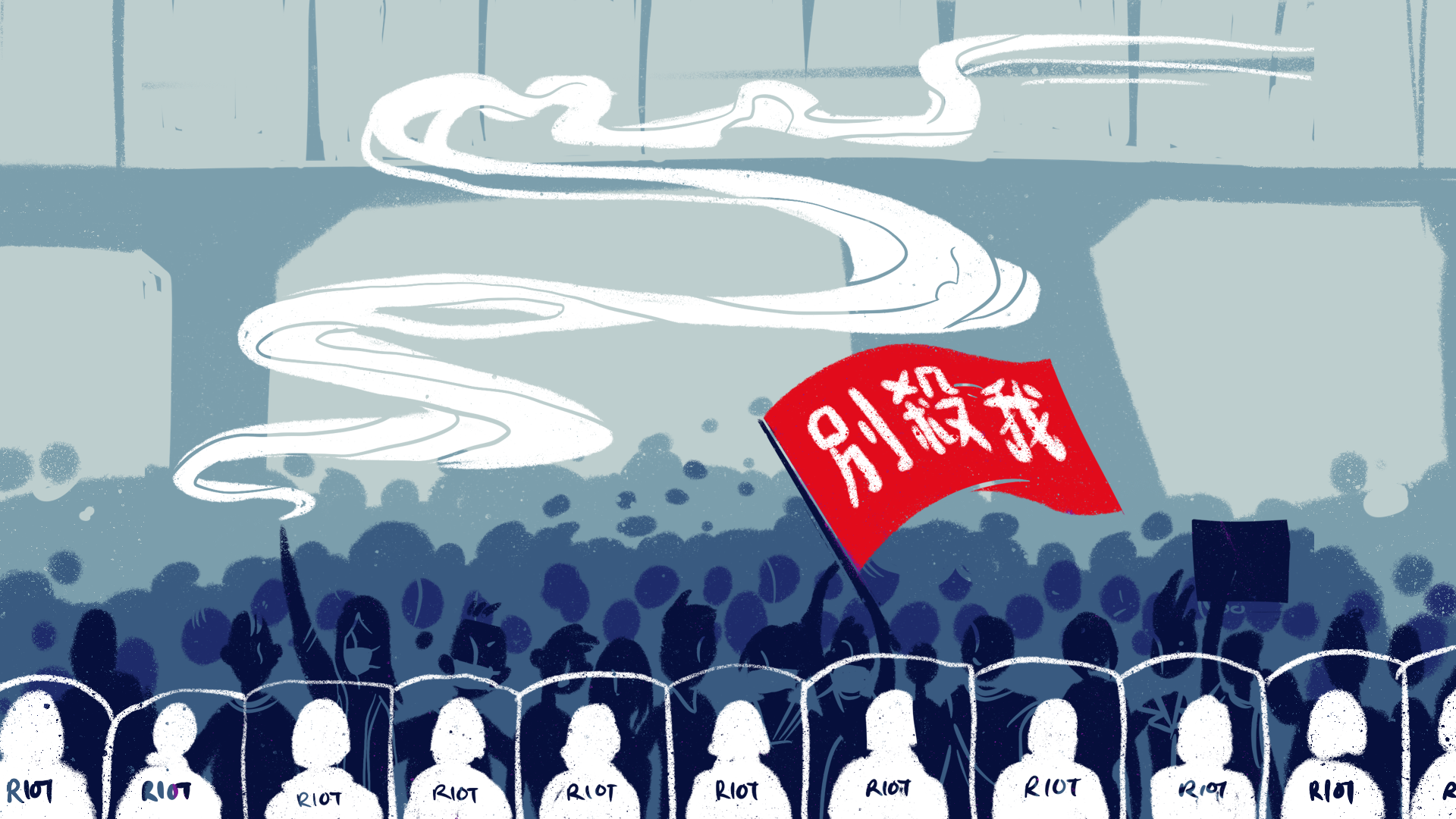 On June 16th, two million people in Hong Kong marched in the streets in opposition to the proposed extradition law. Almost one-third of the city’s total population, this protest surpassed the 1.5 million-person record, set by Hong Kong’s protest against the Tiananmen Massacre 30 years ago.

The amended extradition law, announced in February, was allegedly proposed by the Hong Kong Security Bureau in order to extradite a Hong Kong man who, due to loopholes in the existing agreement, could not be extradited from Taiwan to be tried for murder. Hongkongers fear that this proposed amendment is the first step towards exploitation of their freedom and rights. So, what exactly is the extradition law that has put Hong Kong into its most serious political conflict since the handover, and why did Hongkongers insist that the law be withdrawn?

According to Security Bureau’s proposal, the amended extradition law would allow Hong Kong to “handle requests for assistance and surrender of offenders on a case-by-case basis with any place with which Hong Kong has not signed a long-term agreement.” These places include Taiwan, Macau, and mainland China which are currently excluded by the Fugitive Offenders Ordinance.

Moverover, the proposed bill would also give the Chief Executive of Hong Kong total authority to decide whether a suspect should be extradited over the judicial jurisdiction. However, the city’s leader is not voted in under the basis of universal suffrage, but rather “elected” by a committee, one criticized as pro-Beijing and pro-business interest, then appointed by China. Demonstrators are worried that the Chinese government would be able to bypass Hong Kong’s independent judicial system through the Chief Executive and extradite “suspects” to China, including any citizens,residents, and even visitors.

Another concern lies with the Chinese Government’s judicial system, and its frequent human rights violations and censorship. Many Chinese human rights activists, including Nobel Peace Prize Laureate Liu Xiaobo and artist Ai Weiwei, have been imprisoned under charges such as “inciting subversion of state power.”

This new extradition law is strictly against the Basic Law of Hong Kong, and protesters say that fails the “One Country, Two System” framework. The “One Country, Two Systems” model was established when Hong Kong was handed back to Chinese sovereignty from British rule in 1997. It differentiates the Special Administrative Region from its mainland counterparts, ensuring that Hong Kong can operate on the same system and maintain autonomy for 50 years.  But the Chinese Government has not always respected this autonomy. In 2015, the owners of a politically controversial bookstore in Hong Kong were kidnapped in the city. They were later revealed to be under detention in mainland China.

Hong Kong artists at SAIC have been closely following the situation and expressing their concerns over the extradition law. As artists, they value the freedom of artistic creation and expression. If the bill is passed, it calls into question the boundary for a piece of work to be “wrong,” demanding self-censorship among creative industries that would severely hinder local arts and cultural development.

Percy Lam (MFA 2020) participated in the protest against the extradition law at the Daley Center on June 9th. He said that he was afraid to participate in the protest at first, “because once the bill is passed, this could become a reason for them to extradite you. But also as a graduate student at SAIC, seeing so many practices dealing with justice, equality, politics aspects, I don’t ever see there should be an excuse not to fight for rights and justice.”

On July 9, after weeks of mass protest, Chief Executive Carrie Lam announced the extradition bill to be “dead.” In this movement, four people committed suicide and many have been injured by police. But the tension between the general public and the government continues to grow.

Demonstrations continue every weekend; they have extended beyond the extradition law, to the deep dissatisfaction towards government officials and the police. Protestors urge the government to respond to five major demands:

Joyce Lung (MFA 2019) participated in both of the peaceful rallies in Hong Kong, due to her distrust towards China. “I fear to lose freedom of speech, to lose justice, to lose equality. I fear to lose Hong Kong, because I do not trust the human rights and law system in China. Look at what they did to the Uighurs and Muslim Turkic-speaking minorities at re-education camps in Xinjiang, China!”

Lung, like many Hongkongers, is feeling devastated and hopeless as the government ignores the people’s voices. “I am so mad, and at the same time, very sad,” Lung told F Newsmagazine via email. “And I do not know when would this stop, when would Hong Kong be a peaceful Hong Kong again.’’

Gabrielle Woo (BFA 2021) participated in the first anti-extradition protest on June 9th in Hong Kong. “There is a genuine need to voice our opinions and take a stance — while we still can. At this point, with what the government and police have been doing, it is irresponsible to remain silent; we cannot allow suppression to become a norm.”

Woo also said she was touched by the kind and respectful gestures of the protestors towards each other in the peaceful rally. “People were giving out extra bottles of water, food, first-aid supplies, and making Lennon Walls to write supportive messages on Post-Its. It was truly heartwarming in the midst of all the chaos.”

“To us, all of these protests started with love. We came out because we love this place and do not want to lose it. Right now, I just hope Hong Kong could get well soon,’’ said Lung.