No longer obfuscated by the artistic choices of Crystal Castles, Alice Glass comes into her own as a solo artist. 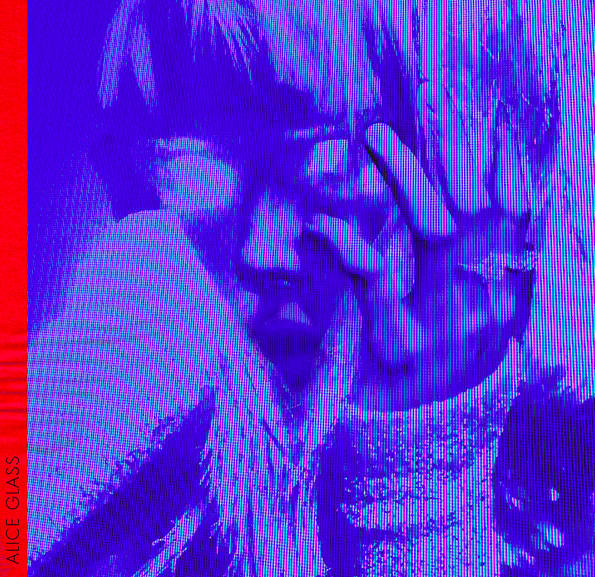 The top Google searches for Canadian producer/singer Alice Glass are, “New Album,” and “dead.” As an artist, Glass has been fairly elusive, rarely giving public interviews and crafting a distant, no-wave Goth aesthetic. Glass first entered the public eye in 2006 as one half of the Canadian Electronica duo, Crystal Castles, who soundtracked quintessential aughts teen television shows like “Skins,” and collaborated with other indie powerhouses like HEALTH.

The six-track EP was co-produced by HEALTH’S Jupiter Keyes. The video for the lead single, “Without Love,” was directed by “The Runaways” director, Floria Sigsmondi. In it, alongside lush sepia-toned visuals, Glass sings: “Tell me what to spit / Don’t tell me what to swallow.” The lyric is a sly dig at her former Crystal Castles bandmate, Ethan Kath, and the 2008 Crystal Castles track, “Tell me What to Swallow.”

Critically, the EP has been well-received, though comparisons between Glass and fellow Canadian producer/singer Grimes are inevitable, though potentially unnecessary. Yes, they are both female and Canadian, but Glass has a reverence for the textures and depths of sound that Grimes eventually abandoned in her later releases. While Grimes eventually assimilated herself into the under-cut techno-loving masses, Alice Glass continued to push the boundaries of how we define our responses to both music and trauma.

Glass’ work has always been profoundly dissonant. The screeching, wild techno beats that populated early Crystal Castles tracks like “Baptism” or the band’s collaboration with The Cure’s Robert Smith, “Not In Love,” became a sort of calling card for Glass’ unique sound as an artist and producer. Rather than focusing on what sounded good, Glass preferred thought-provoking and arresting beats.

In an interview with THUMP Glass explained that, “Some songs sound more like being eaten by fire ants and some songs are like being slowly consumed by a snake.”

Throughout her work, it also seems as though Glass is fixated on the idea of sonic obfuscation, forcing the listener to reckon with what they can and cannot hear in a track, and what people choose to conceal when they make music.

At the same time, Glass has been outspoken about her own experiences with abuse, using her music as a platform to advocate for survivors In 2015, Glass donated all profits from digital sales of her single “Stillbirth” to RAINN, a nonprofit dedicated to helping survivors of domestic abuse, sexual violence, and incest. Glass released a statement alongside the song, opening up about her expereince in an abusive relationship. Glass told listeners, “I want young women and young men to understand that this kind of treatment of others can happen where it might be least expected. Even in environments that thrive on creativity and open-mindedness, that advocate artistic and counter-culture ideals.”

Reckoning with the aftermath of abuse is a central theme throughout the EP. In the lead single, “Without Love,” Glass asks, “Was I a stray waiting to be found?”

Throughout Crystal Castles tracks, Glass relied on the frenetic splicing of beats and vocals to morph her voice and the lyrics she wrote into something practically non-human. The raw, almost animalistic nature of Glass’ tracks has always been cathartic. Now, Glass is wrestling with what it means to be articulate, and the inherent vulnerability of allowing one’s words to exist without a protective layer of bass and beats. One of the most powerful moments of the EP is the track, “Natural Selection” wherein Glass howls, “Get the fuck off of me,” alongside a perfectly-crafted wall of sound.

In that same THUMP interview Glass said that the most surprising thing about her new album was that, “You can hear my voice clearly.” This decision, to let one’s words exist alongside the music rather than be obscured by it is undeniably brave. Alice Glass is here, and in a career shrouded by obscurity, she’s ready to be seen.

‘Lil Tart and Kumquat’s Infinite Playlist: Drop Everything to... 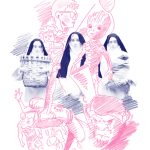