Reflecting on the problematic homogeneity of contemporary theatre criticism in Chicago. 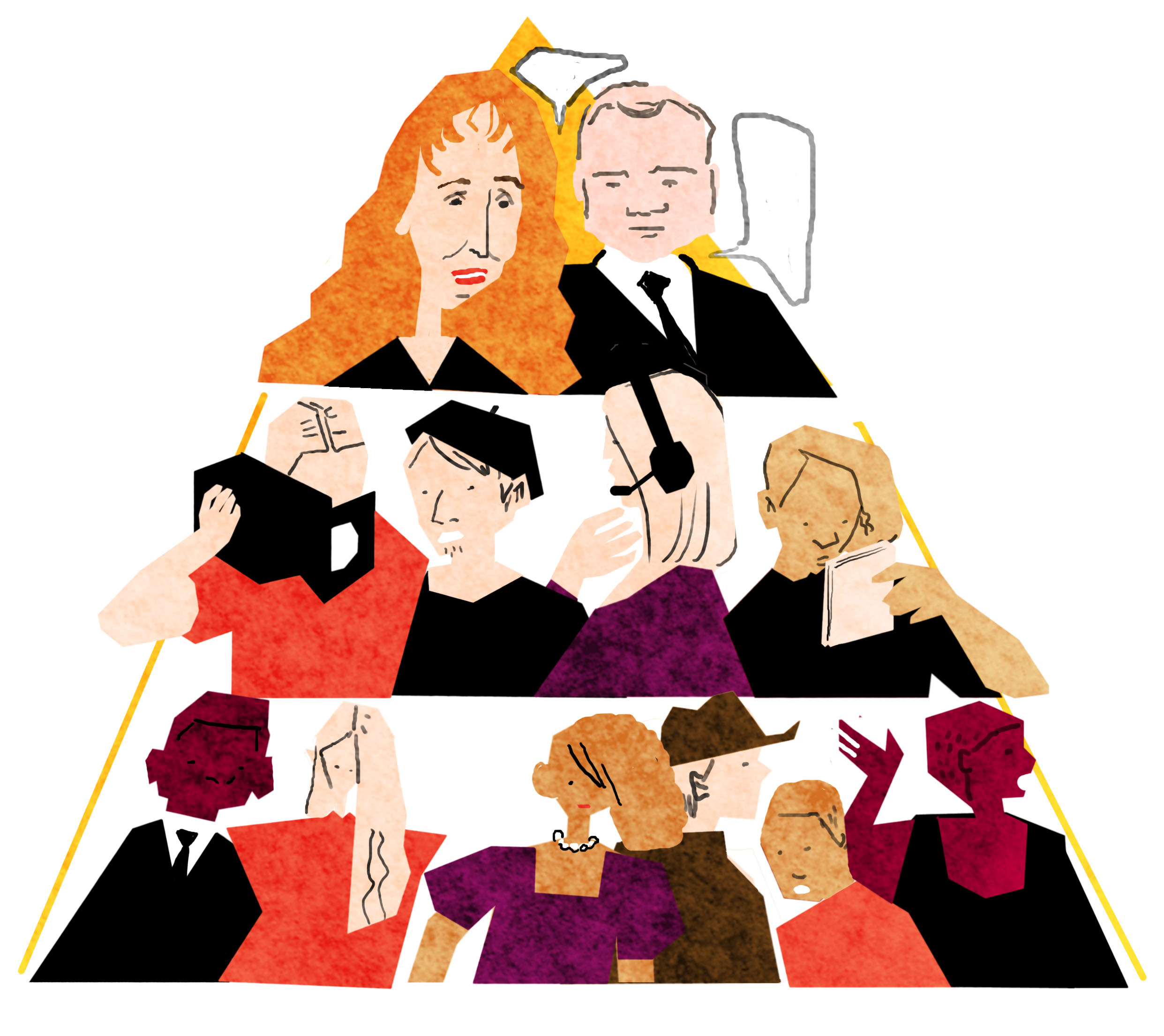 Aside from personal conversation, dynamic discussions of a subject like theater occur in the field of criticism. In Daniel Mendelsohn’s 2012 piece for The New Yorker, “A Critic’s Manifesto,” Mendelsohn writes: “In the end, the critic is someone who […] hungers to make sense of that new thing, to analyze it, interpret it, make it mean something.”

The critic brings art and life into a conversation with each other and bridges the gap between a work of art and the world from which art springs. As in all other areas of life, however, things become more complicated once issues of race enter the discussion. These complications are painfully familiar and entirely unavoidable for people of color who navigate them daily. In America today it has become very difficult for the white masses to ignore race. These issues no longer have to be made part of the conversation — they’re the root of it. But what does it mean when the only voices being heard in that conversation are white ones?

In the Chicago theater scene, the primary realm of discourse is that of print media (though some publications are now exclusively digital). From casting news to reviews, criticism to serious instances of investigative journalism with real-world implications, it all happens at The Chicago Tribune, The Chicago Sun-Times, The Chicago Reader, and Time Out Chicago.

The theater critics at these publications are Chris Jones, Hedy Weiss, Tony Adler, and Kris Vire, respectively. There are other staff writers who cover theater news, yet among even these, few to none self-identify as people of color. This matters. Chicago is one of the most diverse cities in the country, and one of the most segregated; it is a city with a long and complicated history when it comes to race and as such the art that is being produced on its stages reflects that. The fact that critical discourse of such work lacks the same sort of diversity is problematic. White people talk about race differently than people of color, if they even talk about it all as noted in this recent study by the Pew Research Center.

This idea seems obvious, yet it is also backed up by the fact that Pew’s findings show “significant differences in the way black and white adults use social media to share and interact with race-related content.” According to Pew’s data, 28 percent of black social media users say most or some of what they post is about race or race relations, while only 8 percent of white social media users say the same. Keeping that in mind, consider the recent exit of multiple cast members from Second City e.t.c’s revue, “A Red Line Runs Through It.”

[Issues of race] no longer have to be made part of the conversation — they’re the root of it.

In “Why I Left My Dream Job at Second City,” a piece for Chicago Magazine that went live October 26, Peter Kim discusses the experiences that led to him leaving “A Red Line Runs Through It” and the aftermath of that decision.

Apart from repeated racist, sexist, and homophobic outbursts from emboldened audience members and Twitter trolls characterizing his departure as oversensitivity, the most surprising revelation comes in the form of the Tribune’s Chris Jones’ reaction to the situation. Kim relates Jones’ appearance on Chicago Tonight, where Jones said that Second City needs to “create an atmosphere where young performers learn how to deal with obnoxious people, who are just a part of live entertainment.” This dismissal from one of the most iconic voices in the Chicago theater community is upsetting to say the least.

For the most part, Jones handles the complexities of race and art with more finesse than other Chicago writers. His review of Porchlight Music Theatre’s highly problematic production of “In the Heights” acknowledged the outcry surrounding the casting of a white actor in a prominent role intended for a Latinx performer; Hedy Weiss of The Sun Times couldn’t even manage that. Her review, titled “Porchlight’s ‘In the Heights’ Ablaze With Emotional Fireworks,” had zero mention of the by-then national firestorm surrounding the production — a firestorm Weiss herself had started with her initial bungling of the production’s casting announcement back in July.

Under a headline reading “Porchlight’s ‘In the Heights’ Names its Authentic Cast,” there was a large headshot of Lin-Manuel Miranda (creator of “In the Heights” and “Hamilton,” and Midas-du-jour) and an article noting the “unusually ‘authentic’ cast” featuring white actor, Jack DeCesare in the role originated by the Puerto Rican Miranda. Social media and news outlets from The Chicago Reader to Buzzfeed all participated in an onslaught of discourse regarding the problematic nature of the casting decision. Weiss’ response, as documented in a PerformInk article, was fairly tone def.

From a statement in the comments section of a Huffington Post article saying, “Do you think Jonathan Pryce should be banned from playing Shylock because he is not Jewish? Do you think you should only recruit murderers in Cook County jail to play Macbeth? It is called acting,” to a Facebook post saying she would be willing to participate in a “town hall meeting” on the subject, it’s clear Weiss is missing something. In fact, she seems to have missed that there was, in fact, a town hall meeting organized by The Association of Latino Theatre Artists (ALTA) at Victory Gardens Theater, where many of the attendees were wondering “Where’s Hedy?” She also seemed to miss the fact that Pryce had previously been at the center of a Yellow-Face controversy for playing the role of The Engineer in “Miss Saigon,” raising the question: How do you solve a problem like Hedy?

The two most prominent theatre critics in Chicago write for old white people.

Ultimately, both Weiss and Jones have track records of cultural insensitivity. Both of their respective reviews of Steppenwolf for Young Adults’ (SYA’s) show “This is Modern Art (Based on True Events)” were lacking. They failed to look beyond the subject of graffiti and to recognize the themes of young people of color finding self-empowerment and artistic expression by disregarding the rules of a system that oppresses them. In a piece for DNA Info, playwrights Idris Goodwin (a School of the Art Institute of Chicago alum) and Kevin Coval, called out the blind spots of Jones and especially Weiss (who in her review referred to the street artists in the play as “urban terrorists”). Coval said: “What I’m not surprised about is old white people, critics for these dying papers, don’t want to celebrate stories about youth culture who have been systematically denied agency.”

The two most prominent theater critics in Chicago write for old white people. This isn’t inherently the problem; nor is the problem whether or not they like any given play; nor that they have blind spots, biases, and privileges. The problem lies in that these two prominent voices are surrounded by others who share the same blind spots, privileges, and biases — because race, for white people, is a blind spot.

Since there is no prominent critical voice in Chicago theater criticism with the perspective of a person of color, the conversation is one-sided. It lacks a vital context and becomes an echo-chamber that perpetuates the systemic problems that plague Chicago’s theatre community and the city as a whole. The fix isn’t easy. Increasing diversity in the arts is a complex maze of socioeconomic and educational factors with various causes and effects; but, at the very least, by bringing attention to the issue, some other voices and perspectives can be added to the conversation. 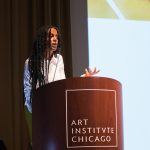 3 Responses to White Critic in the White City