In a cinematic climate heavily saturated with remakes, sequels, and adaptations, pickings are slim when it comes to fresh content at the movies. In fact, of the 25 highest grossing films of summer 2016, only three have the distinction of having original content. Of those three, only Fede Alvarez’s “Don’t Breathe” (coming in at number 25 at the summer box office) is not animated. Yet, beyond being one of the only live-action, original features in theaters this summer (it opened August 26) “Don’t Breathe” is also, thankfully, an original, entertaining, and compelling movie.

Starting off with sprawling, haunting, images of a deserted Detroit, the movie begins with two figures moving slowly down an abandoned street, immediately forecasting some of what’s to come. Working its way back to the beginning of the story, we see Rocky (played by Jane Levy, in the sort of ran-through-the-wringer role she knocked out of the park in Alvarez’s “Evil Dead” remake), Alex (Dylan Minnette), and Money (Daniel Zovatto) breaking and entering.

There is enough domestic and financial hardship amidst the decrepit background of post-recession Detroit (for Rocky in particular) that the trio’s motivations for stealing from the few remaining monied Detroiters feels justified; at least, justified enough for movie logic. The fact that all of their targets  are clients for  the security firm Alex’s dad works for makes the robbery all the more convenient. As Rocky dreams of saving her little sister and herself from their abusive mother and running off to California, an opportunity presents itself. Apparently, a reclusive, blind, army vet is sitting on a fortune of a settlement he received after his daughter was killed by a drunk driver. Cue the three small-time robbers breaking into a rundown, heavily fortified fixer-upper in an abandoned Detroit neighborhood. Given that all of this exposition occurs within, approximately, the first five minutes of the movie, the piece cuts to the chase relatively quickly. Even without (or maybe due to) the film’s very first scene, the tension is high right from the get-go.Once the stage is set, the movie kicks into high gear and it doesn’t let up until the end.

For his second feature-length film, Alvarez gets so much right. After making a strong first impression with his short film “Panic Attack”  (filmed in his native Uruguay), the director was tapped in  to helm the 2013 remake of the horror  classic, “Evil Dead.” In both his debut and follow-up films, he has proven himself adept at telling tense, visceral, fast-paced stories of violence and horror in a visually compelling and grotesquely beautiful fashion. The lingering images of vacant lots overgrown with weeds and the wide, sweeping, shots of residential Detroit’s urban decay show just how isolated the deathtrap is that  Rocky and her friends find themselves in.  These shots also convey  just how desperately they need to escape, not only from the blind man’s house, but from the lives that drove them to rob it in the first place.

Cinematographer Pedro Luque does some amazing work, utilizing depth of focus and scenes shot in utter darkness to convey the danger and literal blindness of the characters. Using a first-person technique to give the audience the same visual perspective of the characters — unable to discern the figures moving beyond their field of vision until it’s too late — Luque makes the familiar horror movie trope of being stuck in a house with a killer all the more visually compelling. Furthermore, Luque manages to make the claustrophobic entrapment of the house seem as suffocating and deadly as he makes the wide open expanses of the abandoned portions of the city feel like an expansive, empty, urban wilderness.

The script, written by Alvarez with writing partner Rodo Sayagues, (who also co-wrote “Evil Dead”) offers an interesting conceit and a creative twist on familiar tropes and situations. His character motivations are, generally speaking, fairly justified — if a bit hit-or-miss in execution by way of the dialogue. Given that English is the second language for both Sayagues and Alvarez, the occasionally lousy scripting could be a lot worse, and isn’t bad enough to spoil the rest of the movie. Alvarez is able to tell the story with the efficiency of someone who has a clear vision of how his piece moves and functions, visually at least.

Overall, Alvarez’s conceptually compelling “Don’t Breathe” provides some intriguing and disturbing twists, beautiful and violent images to upset in the ways movies of its kind aim to; all delivered at a taut, high tension pace that keeps viewers rapt from beginning to end. If you’re a genre fan or dug his “dial-it-to-11” redux of “Evil Dead,” then you won’t want to miss “Don’t Breathe.” 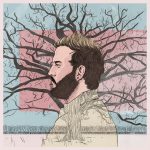