Bon Iver is back, with the band’s first release in four years. 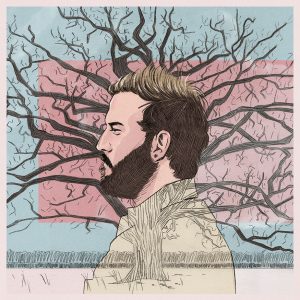 To some, Justin Vernon is the king of flannel, the patron saint of the Wisconsin woods, and the soundtrack to many tearful nights. To most, he’s known as the front-man of Bon Iver. Since winning Best New Artist and Best Alternative Album for their self-titled album at the 2012 Grammy Awards, Vernon and the band have been on hiatus. Four years later, the band is back. Two new tracks, “22 (OVER S∞∞N)” and “10 d E A T h b R E a s T ⚄ ⚄,” are currently available; their fifth album, “22 & a Million,” is set to be released on September 30.

In a written statement about both Vernon’s hiatus and “22 & a Million,” longtime friend and collaborator Trever Hagen detailed the purpose of the new tracks. According to Hagen, the band’s fame after their self-titled album “ provoked an inner storm, a mental sickness of anxiety for Justin.” In fact, Vernon developed the first verses of  “22 (OVER S∞∞N)” after a particularly difficult experience with his anxiety. Hagen goes on to explain that “these sounds were the way out from the suffocating enclosure and captivity of anxiety.” Ultimately, the album was meant to demonstrate the fragility of existence alongside the “power of human connectivity through music.”

The idea that Vernon lost not only his sense of self, but his sense of control comes through in the chaotic and, at times, confusing tracks. The band focuses more on indie-tronic sounds than the indie folk pieces of their past. The haunting atmosphere and poetic lyrics that drew listeners to Vernon’s music, though, remain. The raw vulnerability that deeply ties fans to his work is stronger than ever before. Vernon has done what once seemed impossible: He has created music that is more raw and gives more insight into the emotional turbulence of an artist than Bon Iver’s previous albums.

During his hiatus, Vernon managed started his own music festival in Eau Claire, Wisconsin. The Eaux Claires Festival was founded by Vernon and Aaron Dessner of The National.

The festival, started in 2015 is held on a family-owned strawberry farm in Eau Claire, Wisconsin. It drew praise for its app, which features an art and nature scavenger hunt. This year, guests included the Grateful Dead, Chance the Rapper, Beach House, and the Staves.

James Blake’s “I Need a Forest Fire” combines Blake’s own voice with the sultry sounds of Vernon’s in a beautiful exploration of emotional vulnerability. 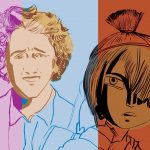 Kubo and the Two Faces: The Complexity of a... 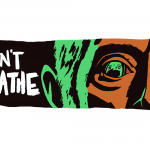