Alan Turing Gets the Hollywood Treatment

History is wont to minimize or altogether eschew certain events in its annals. With influential forces — political bias, gender inequality, personal advantage, the textbook industry, etc — it’s no secret that many events have been left out. Every so often, however, certain stories are brought to the fore by historians, biographers, and often enough, filmmakers. The Morten Tyldum-directed Imitation Game is a recent case-in-point.

The film sets out to chronicle the professional career of mathematician Alan Turing (1912-1954) and his involvement in World War II working for the Allied forces. Turing’s skills were put toward interpreting the Germans’ daily tactical dispatches broadcast through Morse code on civilian frequencies. The messages, however, were transmitted using a device that would automatically encrypt them. This was done with a special apparatus known as Enigma. Turing and his colleagues set out to understand the near-untraceable logic of Enigma — a two-year project. The main task of the team, lead by Turing himself, was to construct a machine that could interpret the coded transmissions.

The film tells of Alan’s struggle as a mathematician, a top-secret researcher, and a closeted gay man, to effect success in his team’s project. Turing (played by Benedict Cumberbatch) is portrayed as socially maladroit, struggling with lunch invitations and small talk. Joan Clarke (Keira Knightly) is his confidant and close collaborator.

Some critics have pointed to a historical misrepresentation of Turing. Others see the depiction of gayness as limited. Christian Caryl of the New York Review of Books sees the film’s Turing as a rather one-dimensional gay male archetype, a somewhat helpless, pained, and “essentially passive figure.” Hollywood producer and writer Abdi Nazemian (The Quiet, 2005; Revolution, 2012) recently cited, as have many others, that the trope of the shepherding “straight savior” is still present as more queer characters are written into scripts. Of course this sort of messianic figure helping the Other has plagued and fueled media studies and anthropology for decades.

While the “straight savior” is more difficult to find in The Imitation Game, the flatness through which Turing was adapted to film is notable. The biopic form becomes a sort of sticky wicket when it comes to the ideologies of representation. A life account must hold both entertainment value and be worth its salt in biographical truth. Christian Caryl has no qualms toward pointing out who got it right and who got it wrong (Surprisingly, the NYRB critic strongly recommends the two published biographies by Hodges [1983] and Copeland [2014]).

In a larger picture sense, it is admirable that Turing is receiving more mainstream acclaim for his and his team’s accomplishments. While there may be embellishments of sentimentality and conflict in the film, the importance of Turing’s work has been made better known. As told by Hollywood his story is, of course, both a blessing and curse, but its reach to the masses is encouraging.

Entertainment The Imitation Game: A Blessing and a Curse
« Previous Story 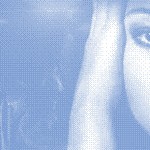