Fresh Off the Boat Makes a Departure

In February, the highly anticipated sitcom Fresh Off the Boat aired on ABC with a strong start. Chronicling the lives of a Taiwanese family who moved from Washington’s Chinatown district to Orlando, Florida, the show is inspired by celebrity chef Eddie Huang’s memoir of the same title. The show marks a historically important occasion as it becomes the first show centered around an Asian-American family since Margaret Cho’s All-American Girl, which also aired on ABC in 1994 before getting cut after only one season.

Misrepresentation of Asian characters has long been a cultural tendency of Western cinema. The films of Detective Charlie Chan skyrocketed when a Swedish actor portrayed Mr. Chan, where previous generations of the character played by Asian actors failed to garner much attention. Breakfast at Tiffany’s saw Mickey Rooney with prosthetics (to exaggerate facial features) as Mr. Yunioshi. Recent films like Cloud Atlas still do not seem to have a problem casting white actors for Korean roles. Even Jackie Chan’s Hollywood career cannot escape the truth that his success is attributed to the underlying paradox of always playing the stereotypical funny Chinaman character.

Much of the publicity surrounding Fresh Off the Boat stems from its apparent departure from this history. Marketed as being “inspired by” Huang’s bestselling book, there is the assumption of the show being a genuine, unbiased, knowledgeable representation, an inherent validation that conveniently happens to follow the stereotype of an immigrant family from Chinatown in the restaurant business. But unlike All-American Girl, this was finally an authentic story because it was inspired by a memoir of an Asian man. Furthermore, the author himself is named as a producer and has the role of narrator. Thus the show is an icon of progress and a truthful representation of Asian culture. Or so it would seem.

In an article for New York Magazine, Huang describes his frustration during production for the show. He felt that the producers were pushing universal appeal over a thorough presentation of his narrative. They emphasized that the show was “inspired by” instead of “based on” Huang’s book. As a result, Huang saw his personal experiences exploited for humor in multiple instances. He comes from a Taiwanese family who lived in Chinatown and whose family was in the restaurant business. For instance, there was a scene in the book where Eddie describes seeing macaroni for the first time and how foreign it was. But for the sake of the show the joke became about how unappetizing the macaroni was instead of the feeling of something being foreign. Interestingly the scene was cut after Huang expressed his concerns over its intentions.

In episode three, hip-hop culture is presented as a tool to sexualize women as on-screen Eddie envisions himself in a music video with his new hot neighbor. Huang found issue with this iteration because there is so much more to be said than the amusing, superficial situation in which a young Asian kid who grew up in Chinatown is infatuated with hip-hop. For Huang, hip-hop music was an important emotional outlet as he experienced discrimination amongst his white peers. In the end however, he seems to make do with the fact that the show was actually going to air. Despite his struggle with misinterpretations and missed details, an immigrant Asian family was on the big screen changing the terrain of TV forever.

Without a doubt, being the first sitcom in 20 years about an Asian family is a huge feat. Plus the show has some genuinely funny moments. Yet it is apparent that Fresh Off the Boat is an American sitcom with Americanized characters. Huang’s parents in real life spoke little English at home but are portrayed speaking fluently save for their forced accents. Of course it makes sense that the producers assumed that their show would not be as appealing had 80 percent of twenty minutes was subtitled. But there is still the concern that the Chinese language is being exploited for humor. Eddie’s grandma reveals nothing more than layers of humor and his mom only speaks Chinese when badmouthing the teacher. Language for Huang was a vital part of identity, self-expression, and freedom as exemplified in his memoir.

There is a scene of Eddie’s parents kissing in the school courtyard as they claim victory for defending Eddie and supporting each other. This decidedly American custom and easy trope for resolution contradicts Eddie’s voice-over which narrates how his family never showed affection the way American families did.

We are also reminded of reasons why Huang feared that the show could run the risk of crystallizing classic Asian stereotypes. Boxes stacked in the corner of the family kitchen in the opening sequence have Chinese characters written on them to emphasize their Asian-ness. This suggests that someone without knowledge of the Chinese language simply copied the characters on the box as if any old kind of Chinese looking writing would suffice (though this is just an impression that I got when watching the show). At breakfast Eddie can be seen eating out of a deep, patterned bowl that people are accustomed to seeing at Chinese restaurants, with an additional assortment neatly stacked in the cupboard. Again, recognizable symbols are used to cement the family’s status as Asian.

The best character is undeniably one of Eddie’s younger brothers Emery, played by Forrest Wheeler. His humor holds its own without relying on jokes about being Asian. Emery is the obnoxious younger brother who does well in school, somehow always has girlfriends, and as mom’s favorite, acts as her eyes and ears. The most recent episodes of the show touch on the rivalries between siblings as content for universal gags regardless of race. Ideally there would be an Asian family on television without the aid of a bestselling, outspoken memoir to prompt the situation, and Emery’s character slowly leads the way.

Will Fresh Off the Boat truly change the dynamic of Asian representation in American culture? We can only cross our fingers and hope that the rest of the season shapes up to be a funny, sensible, respectful, and relatable drama about an Asian family that does not rely on crude accents and racial slurs. 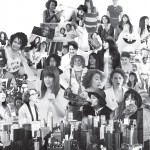