Jamie Dornan, who plays the titular Christian Grey, the mysterious billionaire CEO of Grey Enterprises (a company that deals in telecommunications, but also clean energy, or something), is as seductive as a pile of dirt and as charming as a fading portrait of a hairstyle model hanging on the wall of a strip mall salon. Dakota Johnson, as the wholesome and naive recent college graduate Anastasia Steele, delivers her lines with the charisma and vibrancy of a high school drama understudy. The film’s plot is a ridiculous mess, and the majority of the drama hinges upon whether or not Anastasia will sign a (literal) contract that Christian is pushing on her which outlines the terms of a live-in dom/sub relationship.

The badness that is sustained throughout 50 Shades of Grey is impressive as a filmmaking feat. The two stars’ intense lack of chemistry is established from the film’s second scene, when Anastasia interviews Christian, on her roommate’s behalf, for her college newspaper. Dornan mumbles something. Johnson chews on the eraser of her GREY ENTERPRISES pencil and says something about how mysterious he is.

This incredibly uncomfortable interaction blossoms very quickly into Christian becoming completely infatuated with Anastasia, showing up unannounced all the time wherever she happens to be (a bar with her friends, her college graduation, her mom’s house in Georgia). Instead of being alarmed at the fact that a creepy bland billionaire who met her a few weeks ago has rapidly become a stalker, Anastasia just keeps her cool as a manic pixie dream girl, drifting nonchalantly from hotel to helicopter to mansion to slippery sex room. Christian talks throughout the film about how specific and abnormal his sexual desires are (culminating with his exclamation that he is “fifty shades of fucked up!”), but his purportedly insatiable desire to administer pain is left largely unexplored. The film’s depiction of BDSM is almost cute in how tame and sterile it is. Christian shackles Anastasia into submission, only to gently stroke her skin with an actual peacock feather. He later spices things up by “whipping” her in what can only be described as the weakest and most limp-handed flagellation session ever filmed.

In between the scenes of comical sub-softcore sex, we are treated to sequence after sequence of cringe-worthy dialogue and flat acting, which serve simply to add further hot air to the film’s completely vacant “plot.” 50 Shades of Grey has absolutely no conflict whatsoever other than Anastasia’s inability to decide whether she wants to stay at Christian’s house four days a week to get politely spanked. The movie hints at Anastasia’s mother being out of the picture when she has to cancel her trip to Anastasia’s graduation, but then it turns out that Anastasia actually loves her mother and the two of them get together to drink margaritas and talk about boys. Similarly, Christian’s mother takes an immediate (and inexplicable) liking to Anastasia, as do his siblings and his father. There is a brief moment when it seems that one of Anastasia’s friends might want to challenge Christian for her affection, but Christian quickly shuts that possibility down by pushing the guy and taking Anastasia back to his hotel in his car (the dude is seriously creepy). 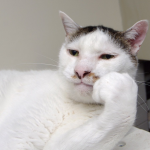 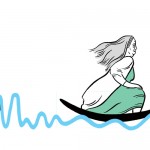