The Grand Budapest Hotel Is Just Another Step.

The Grand Budapest Hotel Is Just Another Step 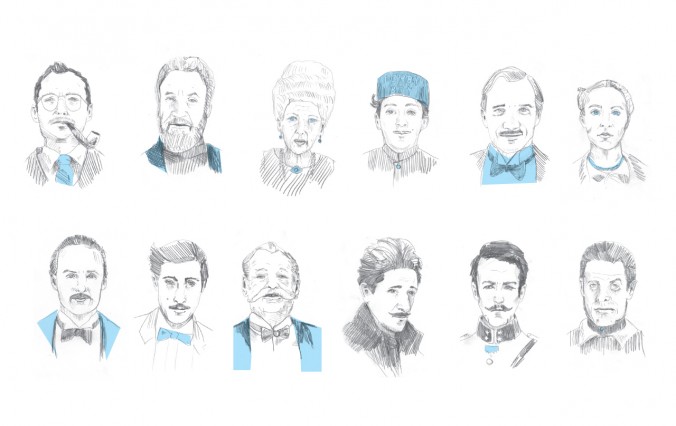 With the Oscars fading quickly into distant memory, the filmgoing public is once again ready to fully invest itself in accepting and receiving 2014’s most anticipated new releases. Wes Anderson’s latest film, The Grand Budapest Hotel, became the first of 2014 to satiate the collective hunger for fresh films at its release last week. For Anderson fans, the film is likely to set a high benchmark for 2014.

Hotel’s several interlacing narratives take place inside its eponymous hotel amid the misadventures of its most prolific concierge, Monsieur Gustave (Ralph Fiennes). Gustave unwittingly becomes mentor to the film’s protagonist, bellboy Zero (Tony Revolori, in his debut role for Anderson). The two form a kinship when Gustave is framed for the murder of one the the hotel’s longtime wealthy patrons, an aging aristocrat portrayed by a heavily made-up Tilda Swinton. Together the pair must solve the murder mystery and clear Gustave’s name. Set in an alternate universe to pre-war Europe, the film is interwoven with a narrative about the military of a fascist regime gradually encroaching on Zubrowka, the Grand Budapest’s fictitious location.

As in past films, Anderson employs a star-studded ensemble cast whose characters simultaneously occupy spaces of satire, farce and drama. Recognizable faces include past Anderson players such as Adrien Brody, Bill Murray, Jason Schwartzmann and Willem Dafoe, and the film also includes performances from some fresh faces, including F. Murray Abraham, Mathieu Amalric, Léa Seydoux and Saoirse Ronan.

While Anderson’s easily identifiable visual tendencies make him a convenient target for criticism and caricature, his devotion to the development of his aesthetic is undeniable. His career leading up to Hotel has been one of continuous refinement and experimentation; even going back as far as the visually understated Bottle Rocket, his sense of humor and comedic timing has remained consistent throughout his body of work. Rushmore is arguably Anderson’s first foray into the types of visual flair that have come to define his work, and each film released subsequently has added additional layers of complexity to his now iconic visuals.

In this sense, The Grand Budapest Hotel is potentially Anderson’s best film, insofar as it exhibits the greatest degree of control and intentionality that he has ever employed. Grand Budapest features a variety of lush environments, nuanced set decoration, endearing tongue-in-cheek special effects and fine-tuned deadpan camerawork. As artistic trajectories are wont to go, his past films may have served as a succession of stepping stones toward new techniques and stylistic experiments. Hotel cherry-picks the most successful techniques from his past work and blends them with a cool and confident and new precision. Anderson, in some cases, even uses entirely new narrative techniques. The film’s aspect ratio, for instance, changes depending on the timeline of the plotline being presented.

This is the height of Anderson’s visual mastery, but the film’s one possible flaw is in its writing. Both its script and performances are tightly knit and exceptionally executed, and yet despite its occasional melancholy and drama, Hotel feels like just another Wes Anderson film. Viewers who enjoyed his past films are almost guaranteed to be delighted, but it lacks the dark emotional impact of Rushmore and The Royal Tenenbaums. Whether Anderson will ever pull his films out of the fantastical universes that cap the dramatic implications of his recent characters and storylines is unknown. But, one hopes his mastery of visual technique will provide him with the time and energy necessary to continue expanding his filmmaking lexicon toward a greater and longer lasting emotional impact. 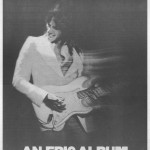 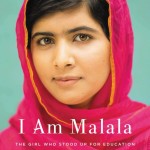