Wandering around the Mitchell Park Conservatory. 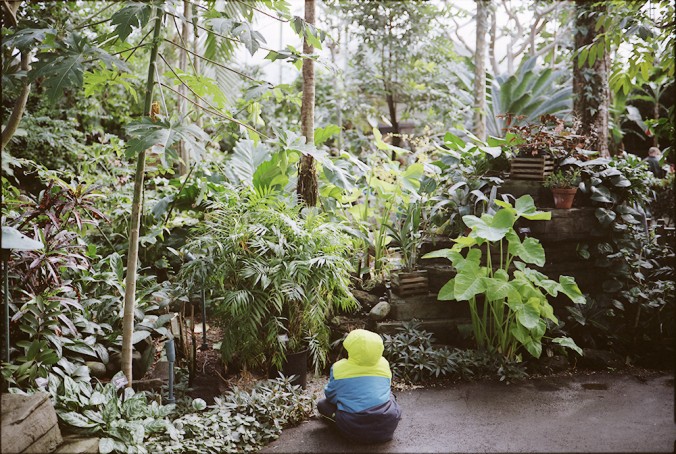 Chicago is home to a wealth of interesting sites and public parks, but sometimes the best way to spend a day is to escape your city. I moved to Illinois this past August, and with the exception of the holidays, I have never ventured outside of Chicago. My girlfriend and I kept hearing nice things about Milwaukee, so a couple weeks ago we decided to hop on a Greyhound bus to see what all the fuss was about.

With about ten hours to kill in the city before our homebound bus departed, we decided to visit two completely different cultural landmarks – the Milwaukee Art Museum, and the “biodomes.”

The Mitchell Park Horticultural Conservatory was built between 1959 and 1967, and, according to an unsourced piece of information on Wikipedia, it is colloquially referred to as the “three-breasted lady.” The conservatory is located a couple miles from downtown Milwaukee, and it is home to three separate environmentally specific domes – one for tropical plants, one for arid plants, and one for flowers and special exhibits.

My trip to the domes coincided with the first weeks of spring – the weather was in a transitional state. The sun managed to peek its fickle head out from behind the clouds, but drafty winds and residual cold from the lake ensured that Milwaukee was cool enough to warrant a heavy coat and jacket. Once we stepped into the domes, the climate was suddenly controlled and pleasant. The air temperature  hovered somewhere in the low 70s; visitors slowly shed their protective layers and meandered about in the artificial warmth of the conservatory.

The domes were bustling with activity due to a farmer’s market that was being held in the conservatory’s lobby, so the entire facility was full to the brim with people. We quickly sidestepped the crowd and found ourselves in the floral dome – the “Show Dome.” The current show is billed as some sort of steampunk train exhibition – the dome was decorated with bizarre metal sculptures of bespectacled people in top hats, and the center of the dome was covered in an elaborate model train installation. People sat around eating pulled pork at 10:30 AM and watching the train float through the legs of a park worker who was performing some sort of maintenance on the track. 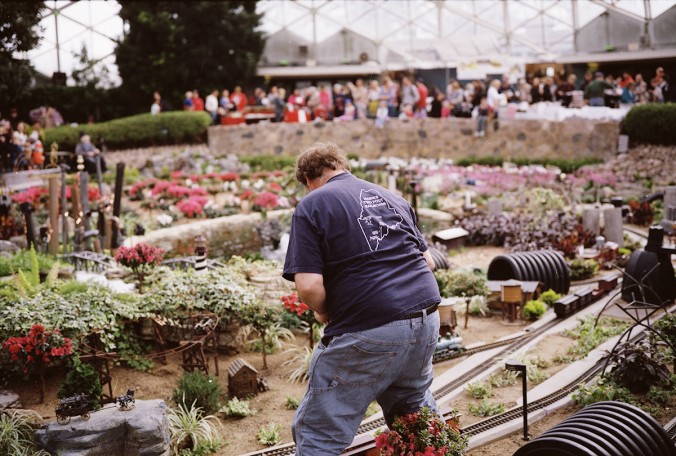 We moved from the Show Dome into the Tropical and Desert domes, where the scenes were decidedly less full of excitement (this was a welcome change). Kids wandered around while older people enjoyed sitting on the benches. While the floral dome was essentially a long loop surrounding the flowers in the middle, each of the other two domes was set up as an ambling pathway through a dense array of vegetation. 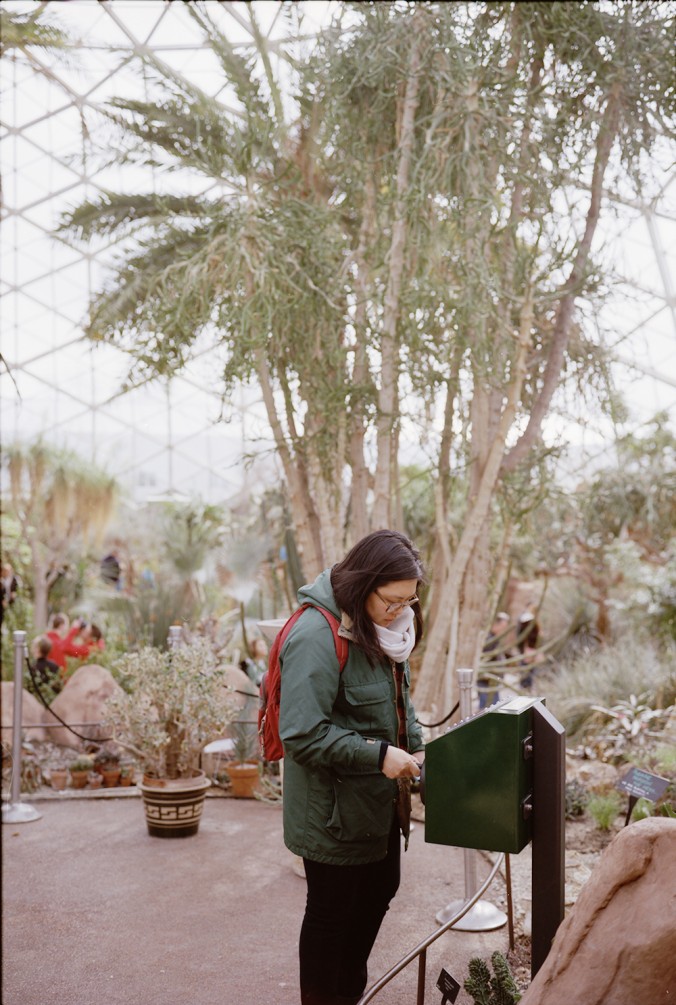 The domes are a great bit of sightseeing for anyone interested in conservation or plant life, but they are also a pleasant walking experience for anyone with some time to kill. Happy spring, Milwaukee.

Uncategorized Outside In
« Previous Story 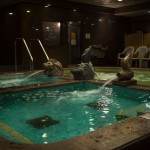